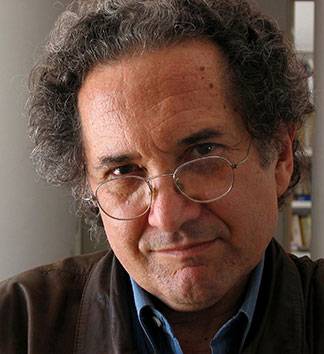 Ricardo Piglia, the Walter S. Carpenter Professor of Language, Literature and Civilization of Spain, Emeritus, at Princeton and professor of Spanish and Portuguese languages and cultures, emeritus, died Jan. 6 of cardiac arrest from amyotrophic lateral sclerosis (ALS), in Buenos Aires, Argentina. He was 76.

He is considered one of the most important Latin American contemporary writers, whose novels, short stories and essays often grapple with the meaning of social and political processes.

Piglia was born in Buenos Aires on Nov. 24, 1940. He joined the Princeton faculty in 2001, arriving from the University of Buenos Aires, where he was a professor of literature from 1990 to 2000. In the two decades before he joined Princeton, Piglia gave several speaking engagements on campus; was a visiting fellow in the Humanities Council in 1986-87; and was a frequent visiting professor of Spanish in what was then the Department of Romance Languages and Literatures. He retired from Princeton in 2011.

"A writer celebrated worldwide, Piglia honored Princeton when he joined our faculty," said Pedro Meira Monteiro, chair of the Department of Spanish and Portuguese. "Not only did he train generations of brilliant young scholars, but he also helped to make our department one of the best in the country. It's very unusual to find such a perfect combination of a great critic and an excellent teacher.

"I can still remember his warm and witty comments, his sharp criticism, his collegiality and his love for the classroom. It's an immense loss for Latin American literature and for Princeton," Monteiro said.

"Ricardo Piglia was a dear friend and colleague for almost 30 years," said Arcadio Díaz-Quiñones, the Emory L. Ford Professor of Spanish, Emeritus, and professor of Spanish and Portuguese languages and cultures, emeritus. "He taught me about friendship, about literature, and about forms of remembering and resisting in the midst of political defeat."

Díaz-Quiñones said that Piglia's background in history — which he studied at the Universidad Nacional de La Plata in Argentina, graduating in 1965 — informed much of his work as a writer and teacher.

"He explored themes of truth in fiction, the conditions in which a literary work is produced and the historical nature of reading itself," Díaz-Quiñones said. "At Princeton, though Piglia did not teach creative writing, he was also frequently reflecting upon craft, questions of genre, and the beginnings and endings of stories."

Díaz-Quiñones noted that Piglia had a "profound impact" on undergraduate and graduate students as well as on his colleagues in the department and in the Program in Latin American Studies.

In 2002, Piglia founded the Princeton Documentary Film Festival in collaboration with filmmaker Andrés di Tella to explore connections between countries and cultures, fact and fiction, and information and experience. He was also instrumental in bringing to campus notable artists and writers such as pianist Gerardo Gandini, artist Roberto Jacoby, poet Arturo Carrera and Saer.

An article in a University publication commemorating Piglia on his transfer to emeritus status stated: "His dedication as a teacher, his ability to listen respectfully, his original insights into writers' ideas about literature, and his wit and wisdom in dissertation defenses and panel discussions have left a lasting impact on our community… Piglia is also an acute observer of the American scene, particularly of the cultural and political richness and challenges represented by Latinos in this country. Many of us will miss listening to his shrewd comments on the works of James Joyce, William Faulkner, Philip Dick and Thomas Pynchon or his passion for movies, moviemaking and his admiration for the inventiveness of American commercial television series."

Piglia also connected with the greater Princeton community. He admired Gente y Cuentos (People & Stories), a community-based literary program held in English and Spanish that introduces people to Latin American writers through reading stories aloud and discussion. Princeton Public Library is one of the many sites where it is held in Spanish. The program, founded by Sarah Hirschman in Boston with Latino immigrants, has expanded, in Spanish, to Chile and Puerto Rico. In 2011, Piglia wrote the introduction to the Spanish translation of Hirschman's book about the project, which was originally published in English. "In it, he invited us to look further and deeper into the uses and powers of stories," said Díaz-Quiñones.

Piglia's essays and novels — which include "Artificial Respiration"(1980) and "Target in the Night" (2011) — have been translated into English, French, Italian, German and Portuguese. Several of his novels, including "Money to Burn," were adapted as films. His novel "The Absent City" was adapted as an opera. He also wrote film scripts.

Piglia's papers were acquired by Princeton University Library's Manuscripts Division in early 2016. They include his journals and diaries, manuscript drafts, corrected typescripts, proofs for his novels and other writings, and his correspondence. The University anticipates that the papers will be fully processed and available to scholars this year.

Piglia received many literary awards and honors, including a Guggenheim Fellowship in 1989; the 2005 Premio Iberoamericano de Letras José Donoso; and the 2008 Premio Roger Caillois, a prestigious French literary prize. In 2000, he was awarded the Golden Condor Prize for best adaptation for the script for "El Astillero," a film based on the novel by Juan Carlos Onetti. In 2011, he was awarded the prestigious Rómulo Gallegos International Novel Prize, and he received Spain's Formentor Prize for his lifetime work in 2015. His latest honor was the Premio Ciutat de Barcelona, for his work "Los diarios de Emilio Renzi: Años de formación," awarded in February 2016.

In the last three years, after the diagnosis of his disease, Piglia devoted himself to finishing several literary projects, some of which have already been published — including "Escritores norteamericanos," a collection of his early profiles of classic American writers including Truman Capote, Ernest Hemingway and F. Scott Fitzgerald — and others to be published in the next few years, according to his agent Guillermo Schavelzon, based in Barcelona.

Edgardo Dieleke, who earned his Ph.D. in Spanish and Portuguese languages and cultures at Princeton in 2013, was the editor of "Escritores norteamericanos."

"The presence of [Ricardo] Piglia at Princeton changed my life as a scholar, as an artist and as a person," said Dieleke, who also collaborated on film projects with Piglia. "His insights, his teachings and his generosity opened up new perspectives for many generations. In my case, he showed me an original way of thinking critically about the relationships between literature, art and society.

"Ricardo's teachings remain inside, in conversations that I still keep with him. His voice will always be part of those of us who were his students and friends," Dieleke said.

Piglia is survived by his wife, Martha "Beba" Eguía; his brother, Carlos Piglia; a niece and nephew; and his wife's children and granddaughters.