Twelve faculty members were transferred to emeritus status in recent action by the Board of Trustees. 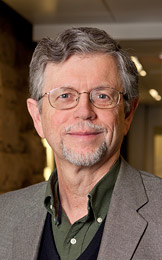 Boon, a specialist in Indonesian and Balinese culture, graduated from Princeton in 1968 with a degree in Romance languages and literatures and a then-new certificate in anthropology. His undergraduate studies of symbolic anthropology, historical ethnography and Southeast Asia, among other topics, helped guide his future academic work. He earned his doctorate in social anthropology from the University of Chicago.

Boon's research and teaching bridge comparative studies of societies and institutions; colonialist ethnology; literary analysis; approaches to kinship, ritual, myth and media; and the history of ideas. His books include "From Symbolism to Structuralism: Lévi-Strauss in a Literary Tradition" and "The Anthropological Romance of Bali: 1597-1972: Dynamic Perspectives in Marriage, Caste, Politics and Religion."

Boon taught at Duke and Cornell universities before joining the Princeton faculty in 1989. He served as chair of Princeton's Department of Anthropology from 1998 to 1999 and from 2002 to 2007. 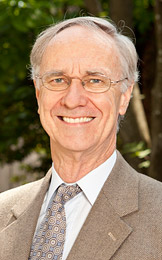 Garry Brown came to Princeton in 1990 as chair of the Department of Mechanical and Aerospace Engineering, a position he held until 1998. In that role Brown was instrumental in deepening the department's commitment to materials science, as well as establishing new combustion laboratory facilities.

Brown is best known for his work in the study of turbulence. At Princeton he developed a new concept for hypersonic wind-tunnel technology. He also has made significant contributions as a consultant to the American aerospace industry, including important work on the failure of the solid rocket motor for the Titan IV space launch vehicle, as well as work on the AIM-9X, Tactical Tomahawk and Standard Missile-3 missile systems.

A graduate of the University of Adelaide in his native Australia, Brown was a Rhodes Scholar and earned his Ph.D. at the University of Oxford. Before coming to Princeton he taught at the California Institute of Technology and directed Australia's Aeronautical Research Laboratory. He is a fellow of the American Physical Society and the American Institute for Aeronautics and Astronautics. 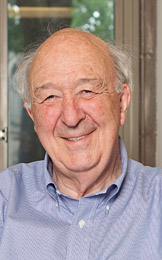 Peter Brown is a renowned figure in humanistic scholarship who is credited with the creation of a field of study called late antiquity, which focuses on the period between the classical world and the early Middle Ages. He has explored the end of the Roman Empire, the emergence of Christianity, and the rise of Islam within and beyond the Mediterranean world. Brown's books include "Augustine of Hippo," "The World of Late Antiquity" and "The Rise of Western Christendom."

Brown's many honors and awards include a MacArthur Foundation "genius grant," the Mellon Foundation Distinguished Achievement Award in the Humanities, the Princeton President's Award for Distinguished Teaching and the Kluge Prize for Lifetime Achievement in the Study of Humanity. 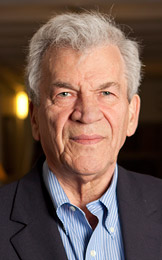 Davidson came to Princeton in 1991 as director of the U.S. Department of Energy's Princeton Plasma Physics Laboratory (PPPL), a position he held for five years. As PPPL director, Davidson oversaw the groundbreaking achievements of the Tokamak Fusion Test Reactor, which in 1994 yielded an unprecedented 10.7 million watts of fusion power for one second, enough to power momentarily 2,000 to 3,000 homes.

A graduate of McMaster University, Davidson earned his Ph.D. in astrophysical sciences from Princeton in 1966. Before joining the Princeton faculty, he was a researcher at the University of California-Berkeley and a faculty member at the University of Maryland and the Massachusetts Institute of Technology. Davidson also served as the assistant director for applied plasma physics in the Office of Fusion Energy of the Department of Energy (DOE). 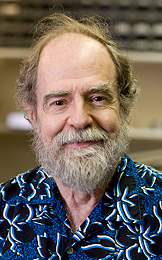 Gunn has had a major impact on theory, observation and instrumentation in the field of astronomy, helping to establish the current understanding of how galaxies form, as well as the properties of intergalactic space.

Among Gunn's notable achievements was the conception, building and scientific leadership of the Sloan Digital Sky Survey, a revolutionary effort that produced the deepest, most comprehensive map of the heavens ever made. This project, which began making observations in 1998, has obtained the images of more than 300 million objects and has led to the discovery of almost a dozen previously unknown companion galaxies to the Milky Way. Gunn's contributions have been recognized with the National Medal of Science, the nation's highest scientific honor; the Crafoord Prize, a rare honor in the field of astronomy; a MacArthur Foundation "genius grant"; and the Gold Medal of the Royal Astronomical Society.

After working as a senior space scientist at NASA's Jet Propulsion Laboratory, Gunn served on the Princeton faculty from 1968 to 1970 before leaving for the California Institute of Technology. He returned to Princeton in 1980. A graduate of Rice University, he holds a Ph.D. from Caltech.

Hollister has been a faculty member at Princeton since 1968, focusing his research and teaching on the question: How are mountains and continental crust made? He has taught undergraduate and graduate courses in subjects such as crystal chemistry, metamorphic petrology, field geology, tectonics and the evolution of the continental crust.

In the 1980s Hollister participated in a major seismic survey project in Alaska, which led to the development in 1993 of a project called ACCRETE, a multi-institution, interdisciplinary initiative to study the Coast Mountains of southeast Alaska and British Columbia. The project's flagship experiment was the use of a seismic ship in the inland waterways to provide an unprecedented image of the top 50 kilometers of the Earth's crust and mantle for an area straddling the Alaska-British Columbia border. Hollister's research also has included studies of the origin of the Himalayas in Bhutan, and of the moon rocks returned by the Apollo missions. 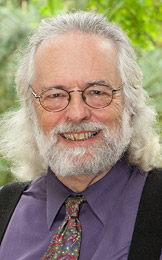 Horn first came to Princeton in 1966 amid a wave of new interest in evolution and ecology in the then-Department of Biology. He earned his bachelor's degree at Harvard University and his Ph.D. at the University of Washington.

Horn's long-lasting interest in the growth of trees, namely how they got their shape and their branching patterns, is reflected in his book "The Adaptive Geometry of Trees." His research also has focused on wind dispersal of seeds, and social behaviors of butterflies, birds and deer. His varied interests carried into his teaching of numerous undergraduate and graduate courses.

Horn had founding roles and long-term commitments in several activities outside the Department of Ecology and Evolutionary Biology, most notably with educational travel programs for Princeton alumni, summer science workshops for elementary school teachers for the University's Program in Teacher Preparation, the undergraduate Program in Environmental Studies of the Princeton Environmental Institute and the University Chapel Choir. 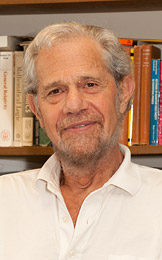 Kochen's contributions in areas of mathematical logic, model theory, number theory and quantum mechanics are well known to those in the field and to many who are not professional mathematicians. A graduate of McGill University, he earned his Ph.D. from Princeton in 1959, then joined the faculty at Cornell University before returning to Princeton as a professor in 1967.

Perhaps Kochen's most well-known discovery outside the mathematics community is his "Free Will Theorem," which he devised in collaboration with Princeton colleague John Conway. The theorem asserts that if humans have free will, then elementary particles, such as atoms and electrons, possess free will as well.

Kochen chaired Princeton's Department of Mathematics from 1990 to 1993, and after that he served as departmental representative and associate chair with general responsibility for the undergraduate academic program in mathematics. His accolades for his mathematical work include the Frank Nelson Cole Prize in Number Theory from the American Mathematical Society. 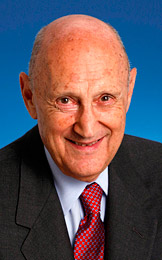 Malkiel has taught undergraduate courses at Princeton in macroeconomics, corporate finance and investment markets, as well as a graduate course in money and banking. His research primarily focused on the pricing of financial assets, and he has published in a number of research areas, including international monetary arrangements and emerging economies.

Malkiel earned his bachelor's degree and master's in business administration from Harvard University. He joined the Princeton faculty in 1964, the same year he received his Ph.D. from the University. From 1975 to 1977 he served on the U.S. President's Council of Economic Advisers. He twice chaired Princeton's Department of Economics and the Financial Research Center, a forerunner of today's Bendheim Center for Finance. He spent 1981 to 1988 as dean of the Yale University School of Organization and Management before returning to Princeton. 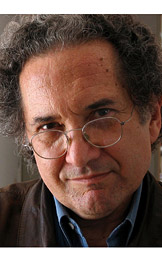 Piglia joined the Princeton faculty in 2001, arriving from the University of Buenos Aires in his native Argentina. Educated at the Universidad Nacional de La Plata, Piglia is well-known author of novels, short stories and essays whose work often grapples with the meaning of social and political processes. Several of his works have been adapted as films.

In 2002 Piglia founded the Princeton Documentary Film Festival in collaboration with filmmaker Andrés di Tella. He has also been instrumental in bringing to campus notable artists and writers such as pianist Gerardo Gandini, artist Roberto Jacoby, poet Arturo Carrera and Saer. 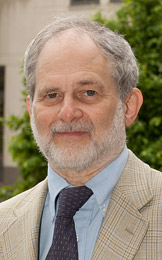 Steiglitz received bachelor's and doctoral degrees from New York University and in 1963 moved directly into a position as an assistant professor of electrical engineering at Princeton. In 1985 he became one of the initial faculty of Princeton's newly formed Department of Computer Science and has taught an extensive variety of courses. He was the founding director of the undergraduate certificate Program in the Applications of Computing.

Steiglitz is well known for his work on the theory of computer networks, mathematical programming, the theory of algorithms and digital signal processing, as well as an early interest in computer music. In recent years he has been interested in computing with optical solitons, which are light pulses that would transmit, store and process data. He also has focused on auction theory, which lies at the intersection of computer science, economics, mathematics and psychology, and is the subject of his book, "Snipers, Shills and Sharks: eBay and Human Behavior."

Steiglitz is a fellow of the Institute for Electrical and Electronics Engineers and of the Association for Computing Machinery. His honors include the Distinguished Teacher Award from Princeton's School of Engineering and Applied Science. 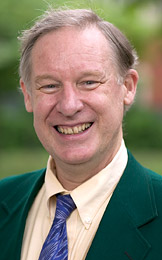 White is a specialist in Asian development with an emphasis on China. His research has centered on the politics of urbanization, development, the role of local governments and unintended decentralizations of authority, comparisons of China with Thailand and the Philippines, and relations across the Taiwan Strait. His books include "Policies of Chaos: The Organizational Causes of Violence in China's Cultural Revolution" and the two-volume work "Unstately Power."