Princeton University’s James Gunn, the Eugene Higgins Professor of Astronomy, Emeritus, and professor of astrophysical sciences, has been named a recipient of the Kyoto Prize.

The Kyoto Prize, a major international distinction, is presented by the Inamori Foundation of Japan. Honoring the lifetime achievements of those who have contributed significantly to the scientific, cultural and spiritual betterment of humankind, it is presented annually in the categories of basic science, advanced technology, and arts and philosophy. The award — which includes a cash prize of 100 million yen or approximately $925,000 for each category — will be presented at a ceremony on Nov. 10 in Kyoto. 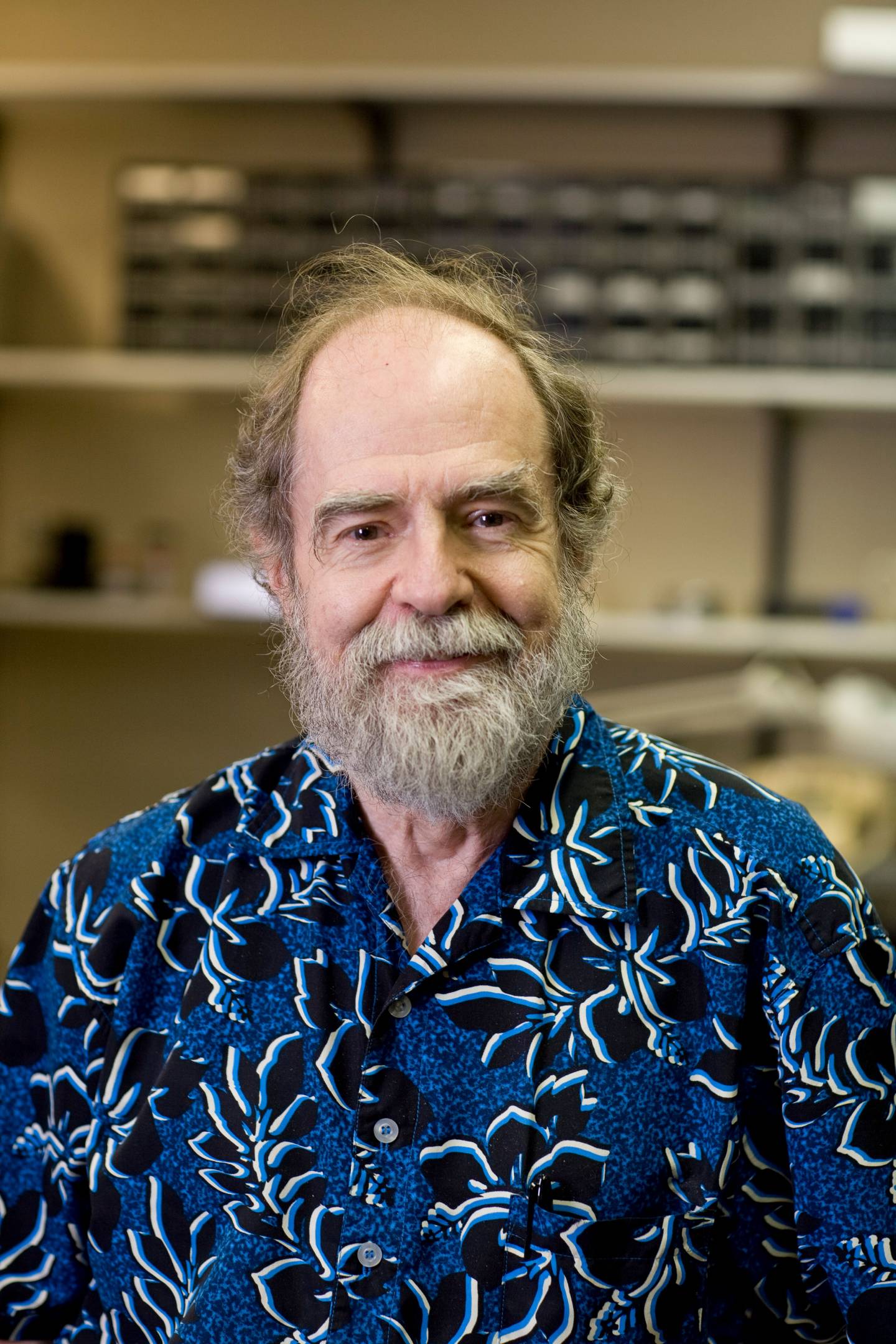 Gunn has had a major impact on theory, observation and instrumentation in the field of astronomy, helping to establish the current understanding of how galaxies form, the properties of intergalactic space, the large-scale structure and evolution of the universe, and many other fundamental breakthroughs.

The Inamori Foundation cited Gunn’s “outstanding contributions to the elucidation of cosmic theory based on a large-scale wide-field observation.”

Among Gunn’s notable achievements was the conception, building and scientific leadership of the Sloan Digital Sky Survey, a revolutionary effort that produced the most comprehensive three-dimensional cosmic map ever made. This project, which began making observations in 1998, has measured the distance to almost 4 million galaxies and has led to a plethora of discoveries, including almost a dozen previously unknown companion galaxies to the Milky Way, some of the coolest stars and most distant quasars known, and fundamental new insights into the distribution of matter in the universe. The data have been made public and are being used extensively by astronomers all over the world, resulting in almost 10,000 published papers to date.

Describing his achievements with the SDSS project, the Inamori Foundation recognized Gunn’s leadership role “in nearly all areas — including the development of observation instruments, data analysis software, a framework for data publication and scientific analysis.” The citation also stated that the SDSS “produced an enormous amount of precise observational data and innovatively deepened our understanding of cosmic history and the properties of various celestial bodies. Furthermore, it successfully determined the parameters of the expanding universe with unprecedented precision.”

We are delighted that Jim is being honored with this award,” said Michael Strauss, professor of astrophysical sciences and incoming department chair. “Jim continues to be a major innovator in the field: he is playing a key role in the building of the Prime Focus Spectrograph on the Subaru Telescope, a worthy successor to the Sloan Digital Sky Survey which should have a huge impact on the study of distant galaxies."

Gunn’s early theoretical work helped establish the current understanding of how galaxies form, as well as the properties of intergalactic space. He also suggested important observational tests to confirm the presence of dark matter in galaxies and built one of the first-generation instruments for the Hubble Space Telescopes, one of the first uses of digital camera technology for space observation.

Astronomers also know him as a master gadgeteer. In “First Light,” Richard Preston’s 1987 book about a group of astronomers working at Palomar Observatory in California, Gunn is depicted as a scientist who can move seamlessly from deep discussions about theoretical physics to expeditious repairs of a misbehaving telescope.

He is regarded as one of the world’s premier designers of telescopic instruments. One noted Gunn creation is the 700-pound camera for the SDSS project that he built in the basement of the University’s Peyton Hall over six years. The camera, one of the most complex imaging instruments ever developed for astronomy, was mounted on the telescope at Apache Point Observatory, perched atop the Sacramento Mountains in New Mexico, and is now housed in the Smithsonian Air and Space Museum.

The Gunn-designed camera has helped scientists using the Sloan telescope to confirm the existence of dark energy, the mysterious force believed to be causing the universe’s expansion. Scientists working on the project have made many discoveries, including detecting the most distant quasar ever, and finding the most massive structure in the universe, a huge collection of galaxies called the “Great Wall.”

Gunn has been building telescopes since he was a boy growing up in Texas. His father, a geophysicist who led an oil prospecting team, gave him his first astronomy book — “The Stars for Sam” — when he was 7. Within a year, he had built his first telescope with his father’s aid.

He earned his bachelor’s degrees in physics and mathematics from Rice University and his Ph.D. in astrophysics from the California Institute of Technology.

After working as a senior space scientist at NASA’s Jet Propulsion Laboratory, Gunn served on the Princeton faculty from 1968 to 1970 before leaving for the California Institute of Technology. He returned to Princeton in 1980. He transferred to emeritus status in 2011.

Gunn’s contributions also have been recognized with the National Medal of Science, the nation’s highest scientific honor; the Swedish Academy of Science’s Crafoord Prize, a rare honor in the field of astronomy; a MacArthur Fellowship; the Gold Medal of the Royal Astronomical Society; the Dannie Heineman Prize for Astrophysics; and the American Astronomical Society’s highest honor, the Henry Norris Russell Lectureship.

This is the third time the prize, established in 1985, has gone to a Princeton faculty member. In 2009, husband-and-wife-team Peter and B. Rosemary Grant, whose legendary explorations on the Galapagos island of Daphne Major over nearly four decades have produced an array of dazzling insights into evolutionary theory, were awarded the prize. In 2005, Simon Levin, the George M. Moffett Professor of Biology, won the basic science award for his leading contributions to environmental science. The same year, George Heilmeier, the inventor of liquid crystal display technology and a 1962 Princeton graduate alumnus, won in the advanced technology category.