Lionel Gossman, the M. Taylor Pyne Professor of Romance Languages and Literatures, Emeritus, died at the Hospital of the University of Pennsylvania-Penn Medicine in Philadelphia on Jan. 11. He was 91. 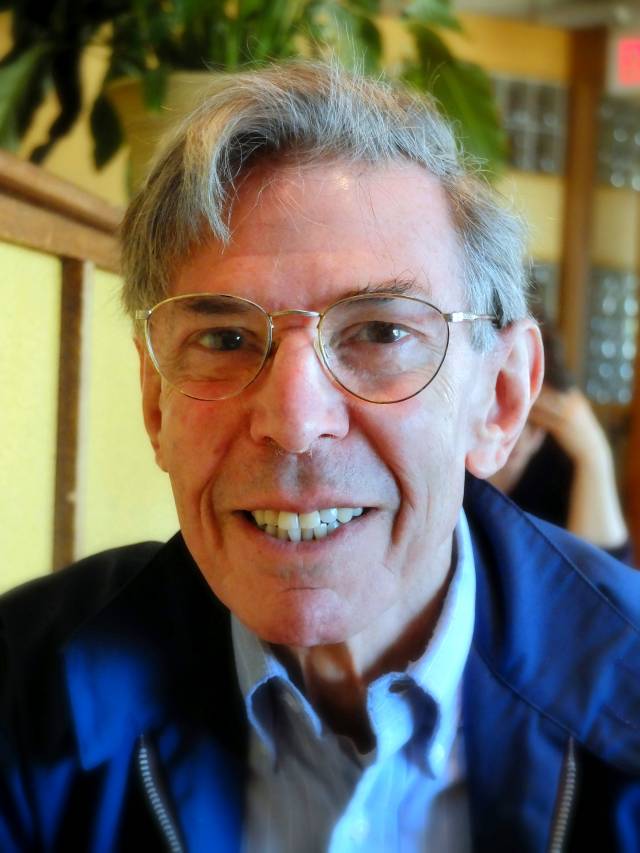 Gossman joined Princeton’s faculty in 1976 and transferred to emeritus status in 1999. His research and teaching focused on French literature of the 17th and 18th centuries; literature, literary criticism and history as social and cultural institutions; and the writing of history. He served as director of graduate studies from 1977-83 of what was then called the Department of Romance Languages and Literatures and was department chair from 1991-96.

“During his 23 years at Princeton, Lionel Gossman was a pillar of the Department of Romance Languages and Literatures — a great scholar of European intellectual history as well as an excellent teacher and adviser and a wonderful colleague,” said Thomas Trezise, professor of French and Italian and department chair. “He was also an exemplary citizen of the University at large, and could be seen on campus throughout his retirement years, when he pursued his research with undiminished vigor. He was a man of exceptional integrity and kindness, whose passing leaves the extensive community of his friends and admirers deeply bereft.”

“I loved and admired Lionel Gossman,” said Victor Brombert, the Henry Putnam University Professor of Romance Languages and Literatures and Comparative Literature, Emeritus, whose friendship with his former colleague lasted nearly half a century. “I never ceased to marvel at his intellectual enthusiasm and curiosity. He was constantly discovering new books and new fields. It is very hard for me to use the past tense in speaking about Lionel.”

“Lionel Gossman was one of the great humanists and scholar-teachers of his generation,” said François Rigolot, the Meredith Howland Professor of French Literature, Emeritus. “A veritable ‘man of the Renaissance,’ and a teacher of great versatility, he was beloved by both graduate and undergraduate students. He brought his love of books and ideas into classes and, just as engagingly, into conversations over lunch downstairs at Prospect (where he was long a regular) or in the corridors of East Pyne and Firestone.”

“His subtlety and openness of mind, his brilliance and easy laughter, his fairness and innate decency created an atmosphere of collegiality that made our department an inspiring place to work,” said Suzanne Nash, professor of French and Italian, emeritus. “In his scholarly work, he chose subjects whose achievements had been forgotten or neglected, digging into the archives to bring them out of obscurity into a clarifying light, allowing the facts of their time or place to compose the narrative of a significant life… In fact, he often chose subjects whose views were antithetical to his own. His car had a bumper sticker on it that says ‘Facts Matter.’”

Nash’s friendship with Gossman continued after his retirement with a bi-monthly lunch. “Lionel was always a delight to be with, never jaded or blasé, happiest when he could work in the library, every day, on a new project of discovery. He did not waste a minute of his life, and he saved so much that could have been lost. We will miss his beautiful, deep, Scot inflected voice,” she said.

In 1976, at the urging of his friend, the medievalist Karl Uitti, the John Woodhull Professor of Modern Languages and a professor of French and Italian at Princeton (who died in 2003), Gossman joined the Princeton faculty. In 1990, he received the Howard T. Behrman Award, Princeton’s highest award for distinguished achievement in the humanities. In 2005, the University awarded him an honorary degree of Doctor of Humanities.

During his long tenure at Princeton, he served as mentor and adviser to generations of undergraduate and graduate students, remaining in close touch with many throughout their careers.

“In his seminars, Lionel Gossman talked about Diderot and Rousseau, but also taught us how to think and showed us how to teach,” said William Paulson, a 1981 graduate alumnus and the E. L. Walter Collegiate Professor of Romance Languages and Literatures at the University of Michigan.

“To listen to Lionel, and to converse with him, was to receive a powerful lesson in what a deeply learned and lucid mind can accomplish when it is also fully present in the here-and-now of the everyday world,” Paulson continued. “He could talk without condescension to practically anyone, and this trait, too, helped make him a clearer and more capacious thinker and scholar, as well as a generous and loyal friend.”

Martin Ruehl, a 2010 graduate alumnus in history, said Gossman, despite being in a different academic department, “quickly took me under his wings and became my unofficial Doktorvater [Ph.D. adviser]. He had a wondrous capacity to take an interest and to see what was best in the work of other people. I vividly recall our animated discussions on the C-Floor of Firestone Library.”

Ruehl was at Princeton from 1995 to 2000, but didn’t complete his dissertation until 2010. “After I left Princeton, [Lionel] stayed in touch with me, continued to read my work, gave me advice professional and personal, and steadfastly supported my career,” said Ruehl, now a tenured professor of German history and thought at the University of Cambridge. “I will never forget what he did for me and what we shared. All mein’ Gedanken, die ich hab, die sind bei Dir [All of my thoughts that I have are with you].”

Lisa Gasbarrone, a 1984 graduate alumna, wrote her dissertation on Jean-Jacques Rousseau and botany — a journey that began her first semester at Princeton, in Gossman’s author seminar on Rousseau, which led directly to her interest in the Enlightenment and natural history.

“Princeton is a heady place, and Lionel’s example kept me grounded,” said Gasbarrone, a professor of French at Franklin & Marshall College. “I recall discussing an early draft of a dissertation chapter with him and feeling overwhelmed by the work. ‘You know so much,’ I said. And his reply was so characteristically generous: ‘Think of how much longer I’ve been reading.’ So, he was teaching, even in those moments. In my own teaching, writing and professional relationships, I have treasured those lessons, and I keep them with me.”

Named an Officier des Palmes Académiques in 1991, Gossman was elected to the American Philosophical Society in 1996. He served on the editorial boards of the Johns Hopkins University Press, the Princeton University Press, and several scholarly journals, including Clio, Comparative Literature, Eighteenth Century Studies and French Forum. He published widely in journals. He also served as a consultant to the Ford Foundation on doctoral programs for Black students and to the Social Sciences Research Council.

He is the author of, among other works, “Men and Masks: A Study of Molière,” “Medievalism and the Ideologies of the Enlightenment: The World and Work of La Curne de Sainte-Palaye,” “French Society and Culture: An Introduction to Eighteenth Century France,” “Augustin Thierry and Liberal Historiography,” “The Empire Unpossess'd: An Essay on Gibbon's Decline and Fall,” “Orpheus Philologus: Bachofen versus Mommsen on the Study of Antiquity,” “Toward a Rational Historiography,” “Between History and Literature,” “Geneva-Zurich-Basel: History, Culture and National Identity” (with N. Bouvier et al.), and “Basel in the Age of Burckhardt,” which was awarded the American Historical Association’s George L. Mosse prize.

After his retirement, Gossman continued to publish. He wrote on various aspects of 19th-century German art and cultural politics, pursued translation projects and maintained his interest in historiography, publishing “Figuring History,” a study of the illustration of history books, in 2011; “The Passion of Max von Oppenheim: Archaeology and Intrigue in the Middle East from Wilhelm II to Hitler” in 2013; and “Thomas Annan of Glasgow: Pioneer of the Documentary Photograph” in 2015.

Especially after his retirement, he liked to publish on Openbookpublishers.com,  VictorianWeb.org and other online platforms, which made his work free and available to everyone and provided him with readership around the world. His last article, “Scottish Publishers and English Literature: Some Smaller Publishers,” was published on VictorianWeb.org in Dec. 2020.

Donations may be made to a charity of choice or the American Friends of Glasgow University.

Gossman is predeceased by his younger sister, Janice Gossman Brason. He is survived by his wife Eva, who worked at the University starting in 1977 as the director of the board of advisers, responsible for first-year and sophomore academic advising, and then as associate dean of the college from 1987 to 1997. A Holocaust survivor, she recounted her experiences as a young girl hidden from the Nazis by a Slovak woman in the book “Good Beyond Evil: Ordinary People in Extraordinary Times.” The Dean Eva Gossman Seminar in Human Values was established in her name in 2004, and has been offered as a Freshman Seminar every year since.

Gossman is also survived by a daughter, Janice Gossman, her husband, Michael Coppola, and his son, Nicholas; two nieces and three nephews and their families; as well as many cousins in Glasgow, London and Zurich.

View or share comments on a blog intended to honor Gossman’s life and legacy.