Robert Hollander, professor of European literature, and French and Italian, emeritus, and renowned scholar of Dante, died peacefully of natural causes at his family’s home in Pau'uilo, Hawaii on April 20. He was 87. 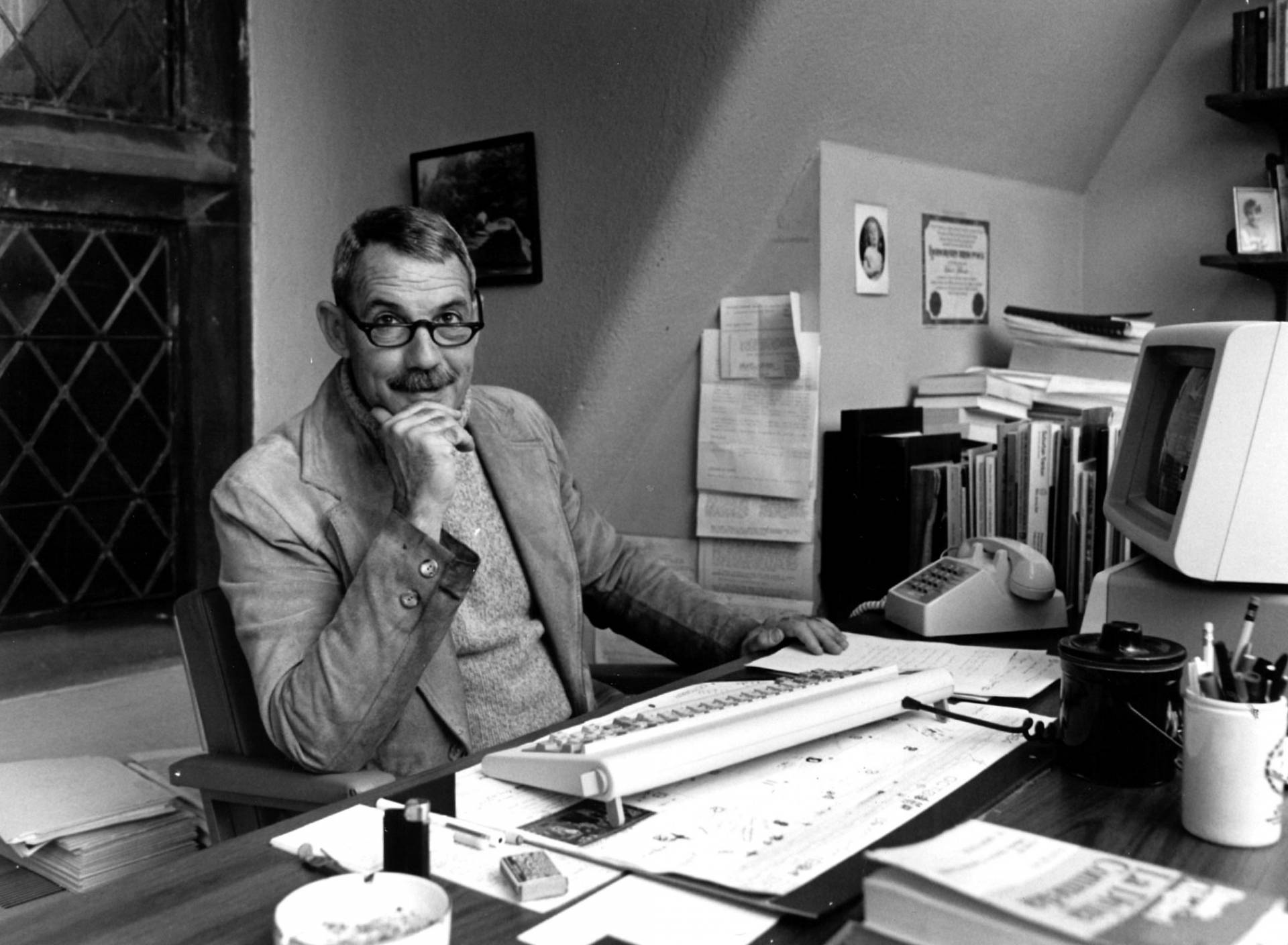 Hollander joined Princeton’s faculty in 1962 and transferred to emeritus status in 2003. His teaching and research centered on medieval Italian literature, with a focus on the work of Dante Alighieri and Giovanni Boccaccio.

“Professor Hollander was a central figure in the Department of French and Italian for 40 years,” said Tom Trezise, professor of French and Italian and department chair. “His substantial publications and related professional activity ensured a very prominent place for Princeton on the international map of Dante scholarship, and he was a pioneer in the creation of digital resources for the study of literature.”

Trezise continued: “As a committed teacher of the humanities, Hollander touched the lives of countless Princeton undergraduates; as a dedicated graduate advisor and colleague, he helped to promote and enrich the careers of a great many fellow humanists. His passing marks an inestimable loss for the department and the University.”

From 1975-98, Hollander was also a member of the Department of Comparative Literature, where he served as chair from 1994-98 and as director of undergraduate studies from 1975-78. He was also head of Butler College, one of Princeton’s six residential colleges, from 1991-95. Hollander’s efforts to improve the food options at Butler, starting with French bread and crisp apples, influenced Campus Dining offerings at all the residential colleges.

In 1986, he was awarded the University’s Howard T. Behrman Award for Distinguished Achievement in the Humanities. He was honored by the Alumni Council in 2007 with an Award for Service to Princeton.

Over the course of his career, Hollander wrote or translated 25 books. He collaborated with his wife Jean Hollander, a poet who also taught literature and writing at Princeton, Brooklyn College, Columbia University and The College of New Jersey, to translate all three sections of Dante’s masterpiece to much acclaim. In 2008, they were honored with a Gold Florin award by the city of Florence, Italy, for their translation of “The Divine Comedy.”

Born in Manhattan on July 31, 1933, Hollander received his bachelor of arts in French and English from Princeton in 1955. He earned his Ph.D. from Columbia University in 1962.

“I met Bob in 1960, when he bussed down from Columbia to precept in my literature course on European writers,” said Albert Sonnenfeld, a 1958 Princeton graduate alumnus in modern languages and literature, and a professor of French at the University from 1958-86. “He was an old Tiger, and so happy to return to his alma mater. He soon spotted the ‘spotty’ Italian program, and in one of those intense and admirable acts of sheer willpower Bob secretly vowed to master Italian and become the Dante specialist so lacking in our ranks.”

Sonnenfeld added: “He worked so hard to achieve this goal and succeeded beyond anyone's imagining. His Dante course developed its own alumni, who at each Princeton Reunions would work up a canto or two for learned discussion.”

Hollander’s Dante course at Princeton, affectionately referred to as “the organic chemistry of the humanities,” enjoyed a robust following from students and alumni. The dedication plaque inside room 111 in East Pyne Hall — home to many of Princeton’s language departments — reads, “Here, Professor Robert Hollander ’55 taught the Divine Comedy for 35 years: Generations of devoted students were inspired by his teaching.”

Every year at Reunions, alumni of Hollander’s famed course gather in East Pyne to read from Dante’s “Divine Comedy,” a tradition that began in 1977 and has continued annually for more than four decades. For many years, Hollander took a group of Dante alumni to an 11th-century castle in Certaldo, Italy, to study Dante’s Inferno “in situ,” a memorable experience for all.

At Princeton, Hollander’s teaching and mentorship inspired undergraduate and graduate students, some of whom became lifelong friends and colleagues.

“In the first conversation I ever had with Bob, my new sophomore adviser, I confessed to him that I was afraid I would never be able to write well,” said Frank Ordiway, a member of the Class of 1981 and a 1990 graduate alumnus in the comparative literature. “His simple response was, ‘Of course you will. I'll teach you.’ I remember feeling immensely grateful that he took my anxiety seriously, but I didn’t at that time grasp what he really meant when he went on to add something to the effect that it would be easier to write well if I actually knew something that was worth writing about and that maybe I should try a little Dante.”

Ordiway, a former assistant professor and a former associate dean at Princeton, continued: “Years later, after having been his advisee for sophomore, junior and senior years and for my Ph.D. dissertation, I realize that I am still haunted and governed by that short, first conversation that was so quintessentially Bob and his philosophy: listen to your students and take them seriously, try to know and understand something before having an opinion about it, and you might as well start with Dante.”

“It is difficult for me to think of one thing that Bob did or meant for me as a teacher and reader of medieval literature,” said Simone Marchesi, associate professor of French and Italian and a 2002 graduate alumnus. “He taught me so much of what I know about Dante and Boccaccio and shaped through his example so much of what I do every day.”

Marchesi continued: “Perhaps the single most inspiring element in our relationship was the opportunity he gave me to witness as a graduate student and eventually as preceptor his unflinching devotion to undergraduate teaching, a teaching which combined absolute scholarly rigor with an unmatched openness to take everybody's contribution into serious consideration.”

Outside of Princeton, Hollander’s impact on the field of Italian medieval literature and its scholars reached nationally and internationally, but in particular at Dartmouth College, where he taught as a visiting professor and established a digital Dante-focused humanities project before digital humanities existed.

Hollander wondered how scholarly output could change if one could access all the Dante commentaries on a personal computer, an innovative idea in a time when very few humanistic disciplines had even begun to explore how computing could meet scholarly needs. With the help of a grant from the National Endowment for the Humanities (NEH), Hollander’s pilot program grew into the prestigious international Dartmouth Dante Project, a digital archive collecting scores of commentaries on the “Commedia.”

Hollander also was the founding director for the Princeton Dante Project, which featured an annotated virtual edition of “The Divine Comedy,” and the Electronic Bulletin of the Dante Society of America, an online journal for Dante scholars.

Hollander received numerous awards including grants from Fulbright, the Guggenheim Foundation, the Rockefeller Foundation and the NEH. He served as president of the Dante Society of America from 1979-85, and was elected to the American Academy of Arts and Sciences in 2005.

View or share comments on a blog intended to honor Hollander’s life and legacy.

Hollander to be honored in Italy