Ronald Surtz, professor of Spanish and Portuguese languages and literatures, emeritus, died peacefully at home in Cranbury, New Jersey, on Nov. 14. He was 75.

Surtz joined Princeton’s faculty in 1973 and transferred to emeritus status in 2016. His teaching and research centered on religious texts with a focus on religious writings by women in the pre-modern period. 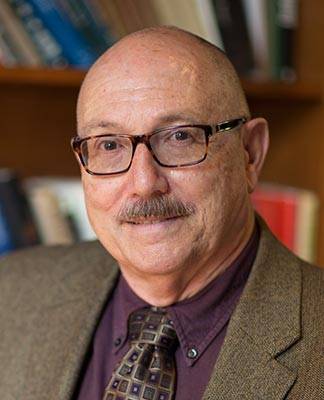 Meira Monteiro added: “At the personal level, Ron was a joy to work with. His sense of humor was nothing short of legendary. But such humor didn’t prevent him from being the most serious critical reader. We will miss him dearly.”

“Ron and I met as new graduate students in the Department of Romance Languages and Literatures at Harvard and remained close friends for 53 years,” said Barbara Weissberger, associate professor emerita at the University of Minnesota. In 2001, Weissberger spent a semester at Princeton as a visiting professor and co-taught a class with Surtz. “The course I team-taught with him showcased the deep knowledge, brilliance and humor of his teaching. The students were enthralled.”

His teaching and mentorship inspired countless students, some of whom became lifelong friends and colleagues. “Ron inspired me to strive for excellence in writing and in the mentorship of students and younger scholars,” said Christina Lee, associate professor of Spanish and Portuguese. “Ron mentored any Ph.D. student who approached him for academic support. During the job market season, he would carefully comment on students’ research statements, CVs and writing samples, regardless of whether they worked directly with him or not.”

Lee continued: “Ron was highly regarded in the profession for his pathbreaking scholarship on early modern religious women and for his impeccable generosity. But even this reputation did not do him justice. I remember that once he organized a collective Thanksgiving feast in July for a Ph.D. student (not his advisee) who had missed Thanksgiving in November because they had been going through cancer treatment at that time.”

Surtz was beloved by students and colleagues alike for his sense of humor. Like many scholars of European studies, he readily communicated in more than one language, but he was known in particular for being able to joke successfully and generously in Spanish, Italian and French.

His contributions to the field were celebrated in 2013 with a symposium in his honor that was organized by many of his former students. The symposium was formally called “Symposium in Honor of Ronald E. Surtz: Celebrating Forty Years” but, in keeping with Surtz’s sense of humor, it was affectionately referred to as “Ron Fest” by attendees.

Surtz’s books included “The Birth of a Theater: Dramatic Convention in the Spanish Theater from Juan del Encina to Lope de Vega,” “The Guitar of God: Gender, Power, and Authority in the Visionary World of Mother Juana de la Cruz” and “Writing Women in Late Medieval and Early Modern Spain: The Mothers of St. Teresa of Avila.”

Surtz edited “Teatro castellano de la Edad Media” and “Juan Pastor's Aucto nuevo” and co-edited “Creation and Recreation Experiments in Literary Form in Early Modern Spain: Studies in Honor of Stephen Gilman,” “Américo Castro: The Impact of His Thought. Essays to Mark the Centenary of His Birth,” and “Mother Juana de la Cruz, 1481-1534: Visionary Sermons,” which received an honorable mention from the Society for the Study of Early Modern Women for translation in the field of early modern women and gender.

Surtz was predeceased by his parents, Ernest and Lucille Surtz. He is survived by his long-time partner Don Adams; three children, Dan Surtz (and Juliette), Andy Surtz (and Pam) and Annemarie Surtz (and James); his sister Marilyn Tobin; brother-in-law Tom Tobin; nieces Julie Kielman and Lisa Tobin; and eight grandchildren.

The Department of Spanish and Portuguese is planning to hold a memorial at Princeton University in the summer of 2022.