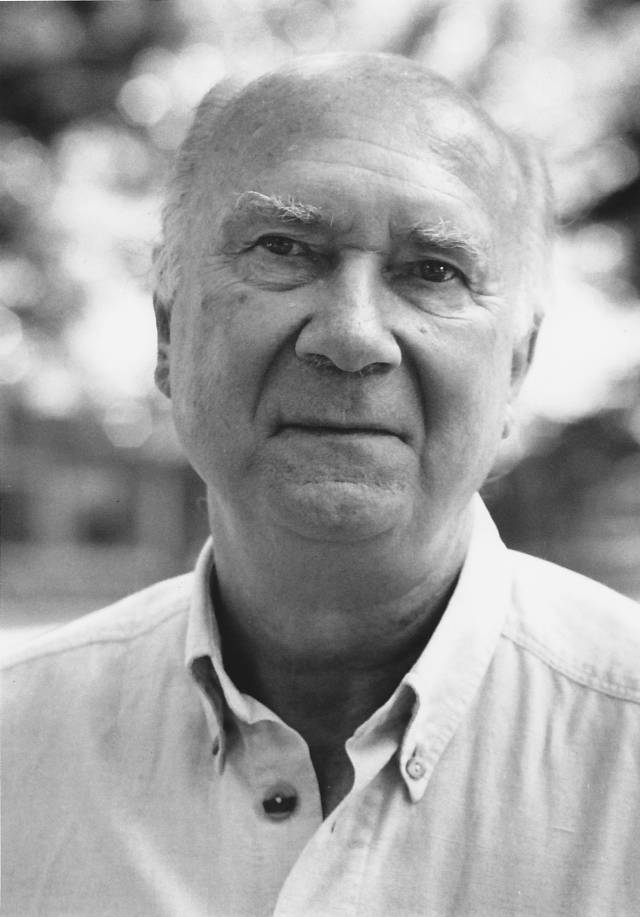 Photo courtesy of the Curschmann family

Michael Curschmann, a professor of Germanic languages and literatures, emeritus, at Princeton University, died Oct. 7 at his home in Princeton. He was 81.

Curschmann was born on Jan. 11, 1936, in Cologne, Germany. He received his Ph.D. from Ludwig-Maximilians-Universität München. In 1963, he immigrated to the United States with his wife, Beryl, and infant daughter, Jane, to take up a position as a medievalist with the German department at Princeton.

Curschmann taught at the University for 39 years before transferring to emeritus status in 2002. He continued to participate in academic life until his death.

"Michael was among the foremost experts in medieval German literature in the world, and generally acknowledged to be the dean of such studies in this country," said John Fleming, the Louis W. Fairchild '24 Professor of English and Comparative Literature, Emeritus, who joined the Princeton faculty around the same time as Curschmann.

"His work was extraordinarily broad," said Fleming. "Deeply trained in the difficult skills of traditional Germanic philology, he spent much of his later career in pioneering work that combined textual and pictorial analysis in the study of medieval manuscripts and other monuments. His scholarly achievements were widely acclaimed both in Europe and in this country."

Fleming said his friendship with Curschmann was "based both in personal affinity and in shared intellectual interests." He remembered his former Princeton colleague as "a tireless worker, a steadfast friend and an engaging conversationalist.

"I join with many other Princetonians in grieving for his loss," Fleming said.

Curschmann is the author of numerous books and articles. He also served as co-editor of the journal Studies in Iconography for a decade, as well as holding several other editorial board positions.

"Beyond German medieval literature generally — of which he co-edited a now standard three-volume edition ('Deutsche Dichtung des Mittelalters') —  he was known especially for his basic work on late medieval German minstrel poetry (Spielmannespik)," said Theodore Ziolkowski, the Class of 1900 Professor of Modern Languages, Emeritus, and professor of Germanic languages and literatures and comparative literature, emeritus, who met Curschmann upon coming to Princeton in 1964.

Curschmann also co-edited the "Hortus deliciarum," a reconstruction of the illustrated encyclopedia compiled by the 12th-century abbess, Herrad of Landsberg.

Curschmann's work is "wide-ranging, groundbreaking, interdisciplinary and meticulous," said Margaret Schleissner, a professor of German at Rider University, who studied with Curschmann and received her Ph.D. in German from Princeton in 1987.

Schleissner said Curschmann was also a dedicated mentor to his students.

"Professor Curschmann modeled the greatest integrity as a scholar, mentor and human being," she said. "He was warm, generous and kind and had a wry sense of humor. He got to know his students as individuals and supported them in their lives and careers."

"In the nearly 30 years I knew Michael, he was and will continue to be a beacon of humanity, humility and humor," said Monique Rinere, who earned her Ph.D. in German from Princeton in 2000. "He gave me so much. Both he and Beryl have provided me with the loveliest memories, and I will be forever grateful for their presence in my life."

Curschmann also was committed to his administrative work at Princeton. He twice served as chair of the German department, from 1979 to 1982 and from 1986 to 1989. He served as director of graduate studies three times. Further, he was director of the Program in Medieval Studies, from 1976 to 1982 and from 1993 to 2000. He also served as chair of the Committee of the Index of Christian Art (recently renamed the Index of Medieval Art) in the 1980s.

In 1994, the first undergraduate students earned certificates in medieval studies during Curschmann's time as director of that newly formed program. In an article published in the Princeton Weekly Bulletin that year, Curschmann stressed the importance of an interdisciplinary approach to the field. "In the medieval period, art, literature and music were thoroughly integrated in the fabric of social, political and religious life," he said.

One of Curschmann's teaching tools was an online resource guide he developed with the Office of Information Technology in the mid '90s for studying medieval culture — called Mappamundi — "map of the world" in Latin. The guide included a glossary of terms, database of images, genealogies, and map and music sections, all intended to complement course materials. Curschmann also regularly took his students to explore the Library's rare book collections.

In his work with the German department, he also developed opportunities for students to spend time in Germany, including through an academic program in Berlin and with the department's summer work program.

During his career, Curschmann held visiting professorships at the universities of Hamburg, Tübingen and München in Germany; the University of Fribourg in Switzerland; as well as at the University of Pennsylvania.

He was a member of the Bavarian Academy of Sciences, an honorary fellow of the Institute of Modern Languages Research at the University of London's School of Advanced Study, and a fellow of the Medieval Academy of America. In 1970, he was awarded a Guggenheim Fellowship for work analyzing the early 15th-century satirical poem "Des Teufels Netz" ("The Devil's Net").

"Michael was not all scholarship: he also enjoyed German detective stories, which we shared, and he took enormous pleasure in his two grandsons and their sports," Ziolkowski said.

A memorial service will be held at 1 p.m. Saturday, Oct. 28, at the Kimble Funeral Home, 1 Hamilton Ave, in Princeton. Friends may visit beginning at 12 p.m. Burial will follow privately.

View or share comments on a blog intended to honor Curschmann's life and legacy.