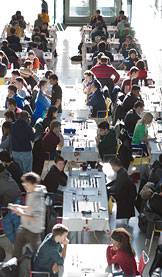 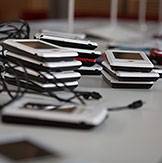 While much of the Princeton University campus was empty for winter break, nearly 175 chess players from across North America gathered in Frick Chemistry Laboratory Dec. 27-30 to compete in the 2012 Pan American Intercollegiate Chess Championship — known as the World Series of college chess.

Hosted this year by the student-run Princeton Chess Club, the 66-year-old tournament is chess' premiere collegiate team event. Grandmasters, international masters and other titled players, including Princeton sophomore Michael Lee, competed as part of 44 teams representing schools such as Columbia, Cornell, Harvard, the University of Toronto and Yale. The weekend ended in a five-way split for first, with the University of Texas at Dallas given top honors on a tiebreaker. 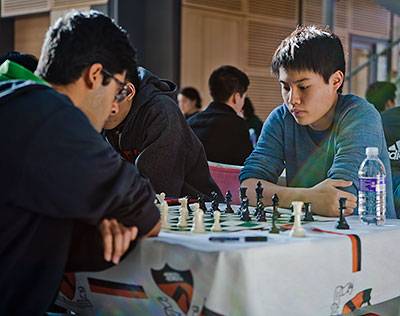 "It's quite an experience to see all the top college players from across the country competing in one room," said Princeton junior Leo Kang.

The championship, conducted by the United States Chess Federation, was last played in Princeton in 1960. Princeton senior and chess club co-president Jack Hutton said he was heartened by this year's turnout. 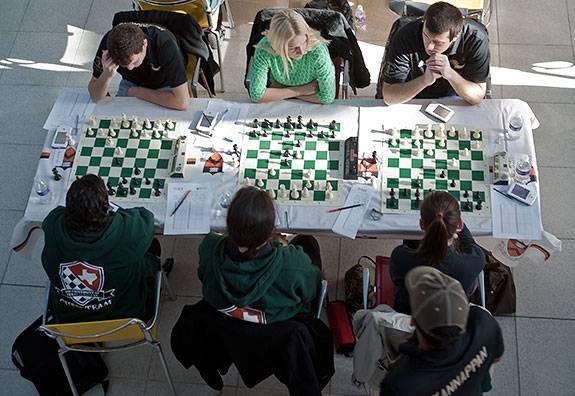 "This is the largest Pan American tournament since 1986," said Hutton, adding that the Northeast location was easier for more players to access.

While spectators quietly paced around tournament tables in Frick Laboratory's sun-lit atrium, chess aficionados around the world followed the games via live webcast.

Hutton said hosting the event was an opportunity to bring prestigious players to campus while also showing the strength of Princeton chess.

Like many of its peers, Princeton competed with multiple teams of four players. The University's top team finished 11th in the Pan American championship. Earlier last year, University teams won first and second place at the Princeton Collegiate Open, the second-largest college team tournament in the nation.

"It's easy nowadays to play chess online, but there is a much different element when you are sitting across the board from your opponent in a tournament," Hutton said. "It's a little more serious and intense, and after a game ends, you can go over your moves together and learn from each other."

(From left to right) Students from the University of the West Indies Miguel Asher, Zachary Ramsay and Stuart James said they traveled to Princeton from Jamaica to compete against some of the best college chess players in North America.

That face-to-face experience is why students from the University of the West Indies traveled to Princeton from Jamaica.

"The Pan American championship is the most prestigious chess event, and is probably one of the best opportunities we have to compete against highly ranked players," said Zachary Ramsay, a fifth-year student at the University of the West Indies.

The tournament is open to colleges and universities in Central, North and South America, though only schools from North America attended this year. 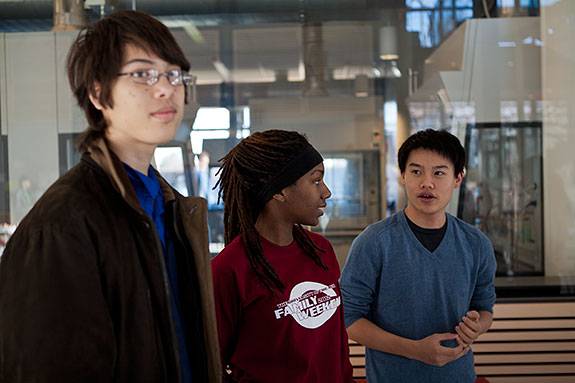 The event also was a chance for old friends to reconnect. (From left to right) Webster University freshman and grandmaster Ray Robson, University of Chicago freshman Darrian Robinson and Princeton freshman Andrew Ng have known each other since playing in middle school tournaments.

With his teammates Miguel Asher, a second-year student, and Stuart James, a third-year student and a Caribbean region champion, Ramsay said they also appreciated the chance to visit Princeton.

"Most tournaments take place in hotel conference rooms and players usually never leave the building. The Princeton Chess Club organized it so we actually have time to see the campus and town," he said.

Aside from the competition, the weekend also was a chance to visit with old friends. University of Chicago freshman Darrian Robinson reconnected with Princeton freshman Andrew Ng and Webster University freshman and grandmaster Ray Robson — two players she knew from middle and high school tournaments.

The trio snapped photos and swapped stories of college life as they waited for their round to start.

"What is nice about the chess world is it's very interconnected and communal," Ng said. 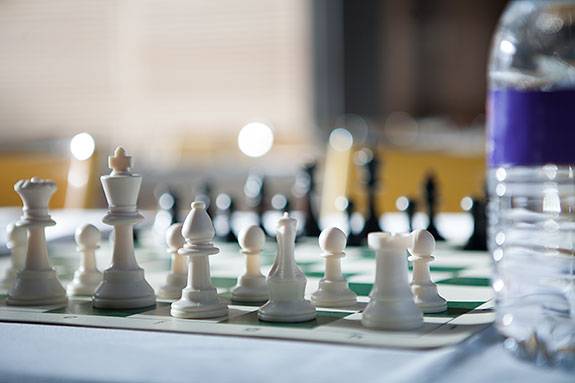 Tables of chessboards were set up inside Frick Laboratory's sun-lit atrium.