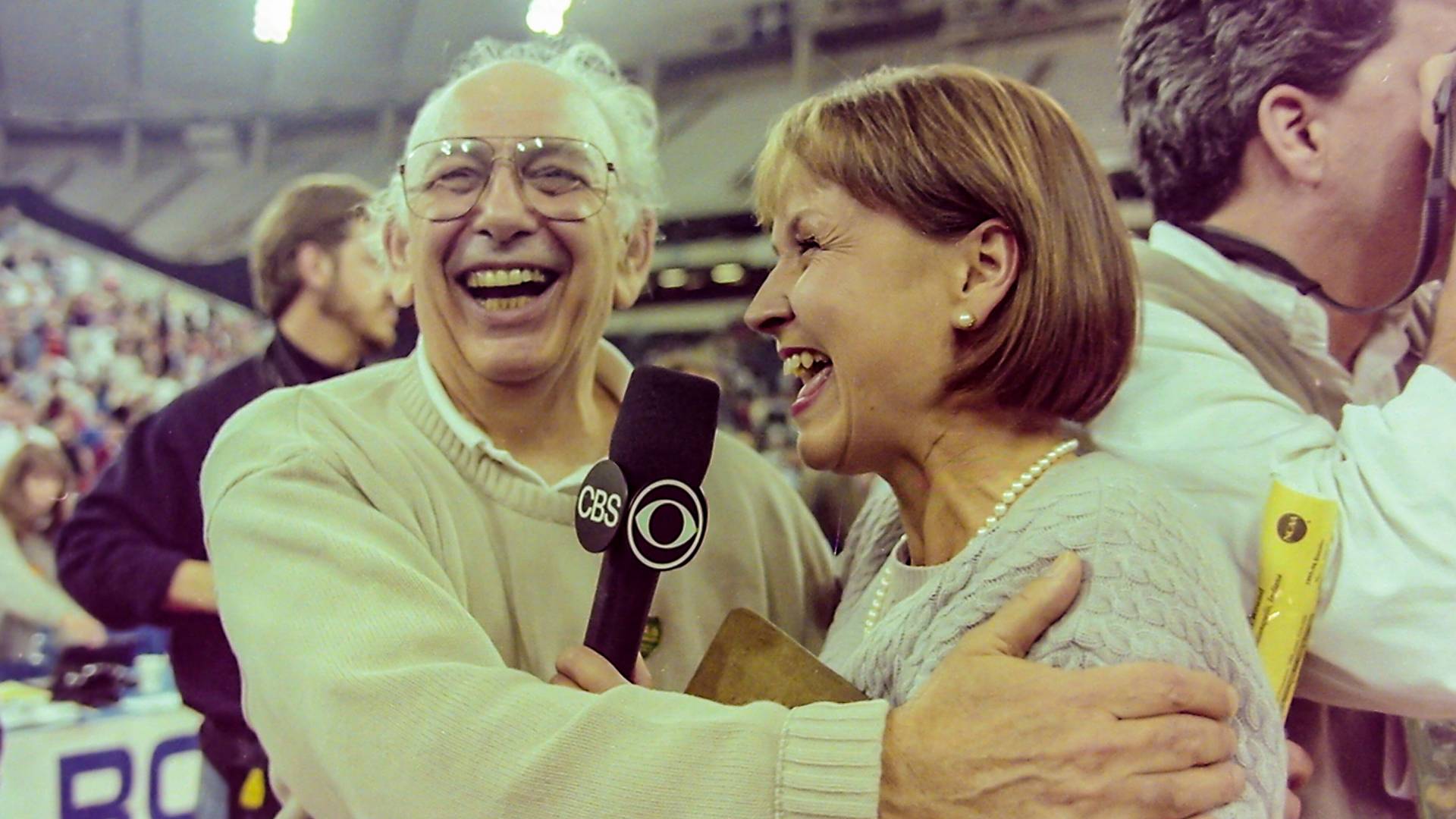 Leading the Tigers to multiple Ivy League championships and an NIT title, Princeton men's basketball coach Pete Carril celebrated many an upset victory over some of the most vaunted teams in college basketball. Here, he's shown talking with Andrea Joyce of CBS Sports after the Tigers defeated UCLA in the first round of the 1996 NCAA tournament.

Coach Pete Carril, the beloved face of Princeton men’s basketball, passed away Monday, Aug. 15, at age 92.  He ended his career at Princeton with one of the greatest moments in NCAA tournament history and was inducted into the Naismith Memorial Basketball Hall of Fame. His legacy and impact on the sport of basketball were and will forever be insurmountable. 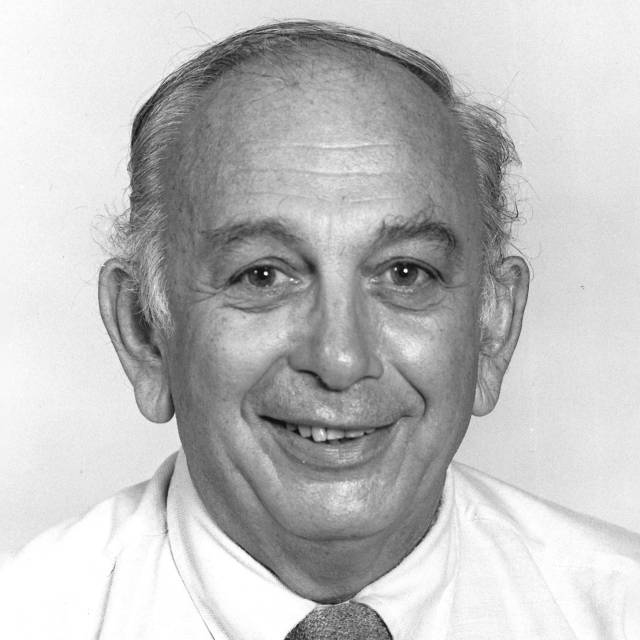 The son of a Spanish immigrant who worked in Pennsylvania’s Bethlehem steel mills for 40 years, Carril was known for his trademark offense, which at some point became known as the “Princeton Offense," an appellation he disliked, insisting that he was simply using concepts from Red Auerbach’s Boston Celtics.

Later, many high schools, colleges, and professional teams would use Carril’s offense in some form, including the NBA’s s Sacramento Kings, where he was an assistant coach for 10 years after retiring from Princeton in 1996.

Even after the NCAA instituted a 45-second shot clock (eventually shortened to 35 seconds, and now 30 seconds) for the 1985-86 season, Carril’s Princeton teams were known for their ball movement, screening, passing, and signature backdoor cutting, often used to frustrate opponents. Just trying to get the best shot possible, he’d often say, and “if that makes me old-fashioned, then I’m guilty.”

Carril had a record of 514-261 at Princeton, with 13 Ivy League championships, 11 NCAA tournament appearances and the National Invitation Tournament (NIT) title in 1975. His 1989 Princeton team, the lowest seeded team in the field, lost to top-ranked Georgetown, 50-49, in a game that has been credited with saving the automatic bids of smaller conferences. The 1996 team, his final one at Princeton, defeated arch-rival Penn in an Ivy League playoff game; the Tigers went on to defeat UCLA, 43-41, in the NCAA opening round. Carril coached his Princeton players to wins over teams coached by  Bob Knight, Dean Smith, Mike Krzyzewski, Digger Phelps, Lefty Dreisell and Frank McGuire.

His legacy includes a coaching career that stretches across high school, college, NBA and even international levels. Uniquely, every Princeton head coach since Carril’s retirement either played for him or coached with him, as he was succeeded by longtime assistant Bill Carmody and then former players John Thompson III, Joe Scott, Sydney Johnson and now Mitch Henderson. 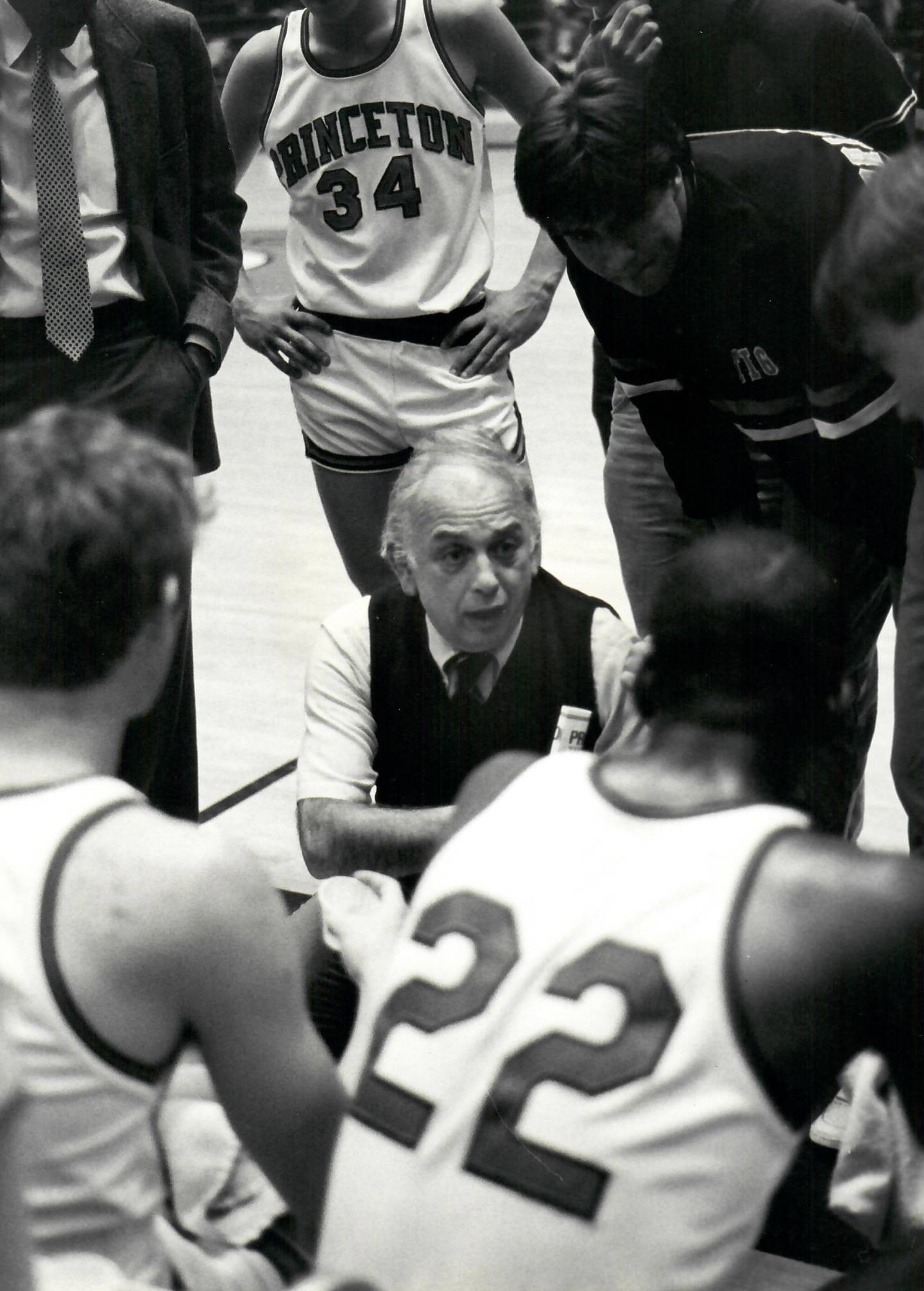 Carril gives instructions to the Tigers during a game in an undated photo. He compiled a record of 514-261 coaching at Princeton.

After a standout high school career at Liberty High School in Bethlehem, Pennsylvania, Carril attended nearby Lafayette College, graduating in 1952. His coaching career began at Easton High School, in Easton, Pennsylvania. Shortly after that, he went on to coach at Reading High, securing a 145-42 record while coaching Gary Walters, who would eventually become the Director of Athletics at Princeton.

Prior to the 1966-67 season, Carril left his career as a teacher and high school coach at Reading to become the head coach at Lehigh University. He spent one year with the Engineers, going 11-12 with a team that had won only four games a year earlier. Having played under “Butch” van Breda Kolff his senior year at Lafayette, Carril was offered the opportunity to replace him as head coach at Princeton.

Carril’s first Princeton team tied Columbia for the Ivy League title but lost the playoff game for the NCAA tournament bid. His second team went 14-0 in the league, making his first NCAA tournament appearance with a loss to St. John’s, 72-63, at Madison Square Garden.  He would take Princeton to the 1972 and 1975 NIT tournaments, where he won the still-prestigious title in 1975 with the Tigers defeating Holy Cross, South Carolina, Oregon and then Providence for the championship.

The 1976 Princeton team went 14-0 in the league and lost a first-round NCAA heartbreaker 54-53 to undefeated Rutgers, which reached the Final Four that year. Carril would make further NCAA appearances in 1977, 1981, 1983 and 1984, including two wins in the 1983 tournament. His 1989 team entered the tournament after squeaking out an Ivy League championship with three losses and a 19-7 overall record.  There was speculation at the time that leagues like the Ivy League would lose their automatic bids. Princeton battled top-ranked Georgetown from start to finish, falling 50-49 in what many consider one of the greatest March Madness games ever played. Princeton returned to the NCAA tournament for the next three years, losing close games to Arkansas, Villanova and Syracuse.

The 1995-96 season proved to be the final one for Carril at Princeton and one of his best. Princeton finished the regular season tied for first place with Penn, which had won the previous three league championships. Coincidentally, the teams met in a one-game playoff at Lehigh in Carril’s hometown of Bethlehem.  At that time, Penn had won eight straight against Princeton, but the Tigers gutted out an overtime win to claim the NCAA bid.

Famously, Carril announced his retirement in the locker room after the game. His team then went out and knocked off UCLA 43-41 on a signature backdoor pass in the final seconds to set off one of the most enduring celebrations in college basketball history.

Carril coached 33 first-team All-Ivy League selections at Princeton and eight Ivy League Players of the Year. He is credited with helping the development of numerous NBA players during his time with the Sacramento Kings.

Carril was inducted into the Naismith Memorial Basketball Hall of Fame in 1998. The basketball court in Jadwin Gym was named Carril Court in his honor in 2009, and he received an honorary doctor of humanities degree from Princeton in 2012.

He is survived by his daughter Lisa of Hopewell, New Jersey, his son Peter of Princeton and grandchildren Zoe and Pete of New York City.  He will be remembered forever by every player who ever played for him and by every Princeton fan who watched his teams.