The Office of the Alumni Association held a reception at Maclean House after the Commencement ceremony to celebrate its newest members.

The 892 graduate degrees granted during the academic year were:

The Hooding ceremony, scheduled for Cannon Green Monday evening, was interrupted by a thunderstorm just after the advanced-degree candidates gathered on the lawn. The candidates were directed to Whig Hall to receive their hoods, which distinguish the wearer by both degree and academic discipline with their color.

In the Whig Hall Senate Chamber, Dean of the Graduate School William Russel presided over an impromptu ceremony. Guest speaker Sheryl WuDunn — an entrepreneur, best-selling author, Pulitzer Prize-winning journalist and a 1988 graduate alumna — delivered a motivational and practical speech to the assembled students. 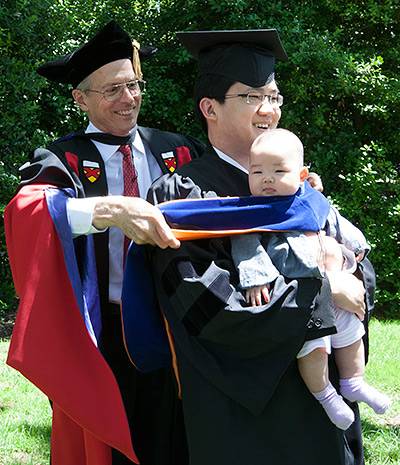 During Commencement, Russel, who is also the Arthur W. Marks '19 Professor of Chemical Engineering, expressed his deep regret for the cancellation of the Hooding ceremony and offered to personally hood students who had missed the opportunity the previous day. After Commencement, Russel met with dozens of students at Maclean House at a reception hosted by the Office of the Alumni Association.

"It was my pleasure to informally hood the graduates both in Whig Hall on Monday and then with their families at the reception today in Maclean House," said Russel. "We planned to salute them on Cannon Green for their dedication and effort in completing their master's and doctoral programs, but Mother Nature had other plans."

Photos from both days are available online.

The Graduate School also honored five graduate students for excellence in teaching during the APGA Tribute to Teaching Reception on Saturday, June 1. The annual Teaching Award went to Alfredo Garcia of sociology, Jon Husson of geosciences, Danielle Meinrath of classics, Amelia Worsley of English, and Lu Xia of operations research and financial engineering. 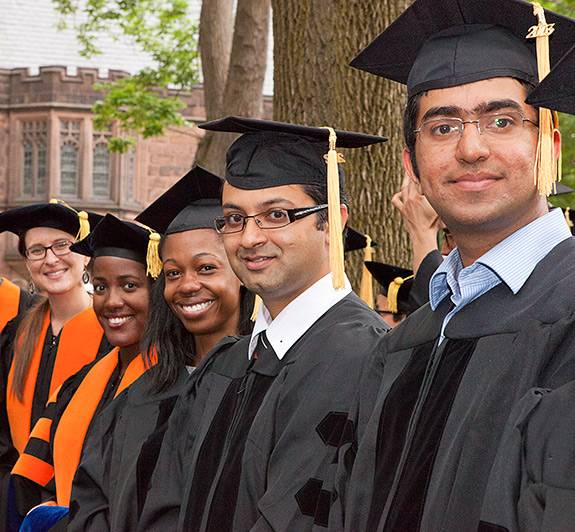 Graduate students line up on Cannon Green at the start of the Hooding ceremony Monday. (Photo by Denise Applewhite) 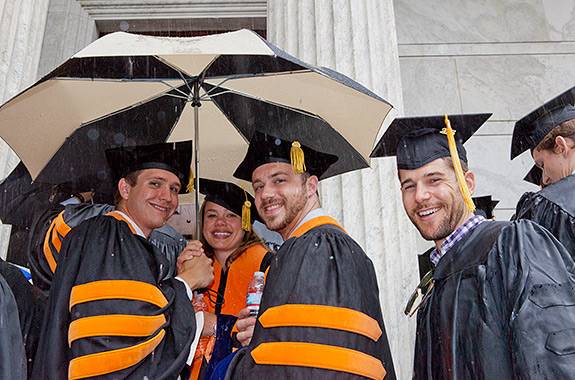 With the start of the rain Monday evening, graduate students move to Whig Hall to receive their hoods, which distinguish advanced-degree recipients by both their degree and discipline. (Photo by Denise Applewhite) 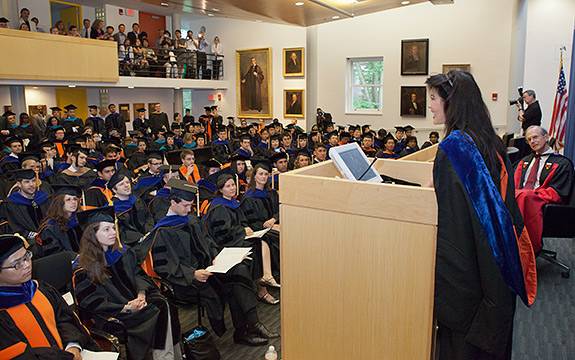