by Emily Aronson, the Office of Communications 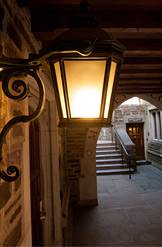 The Board of Trustees and President Christopher L. Eisgruber have endorsed a comprehensive strategy to increase the diversity and inclusivity of the Princeton University community. The recommendations proposed by the Trustee Ad Hoc Committee on Diversity in its report released Sept. 12 build on Princeton's significant advances while focusing on areas where more could be accomplished. The committee's full report and Eisgruber's statement on the report are available online.

The Board of Trustees and President Christopher L. Eisgruber have unanimously endorsed a report by a special trustee committee that recommends a comprehensive strategy to increase the diversity and inclusivity of the Princeton University community, with a particular focus on graduate students, postdoctoral fellows, faculty and senior administrators. The proposed strategy builds on Princeton's significant advances over more than five decades while focusing on areas where more could be accomplished.

The report was issued by the 19-member Ad Hoc Committee on Diversity that included trustees, faculty, graduate students and staff. It was co-chaired by trustee vice chair Brent Henry, a member of the Class of 1969, and Deborah Prentice, the Alexander Stewart 1886 Professor of Psychology and Public Affairs.

"Princetonians have powerful reasons to care deeply about the diversity of the University community," Eisgruber said in a statement on the report. "Only by drawing the best talent from every sector of society can we achieve the scholarly and educational excellence to which we aspire. Only by integrating multiple, divergent perspectives into our discussions can we realize a fully vibrant intellectual and residential life."

Eisgruber praised the committee for its "insightful observations about the challenges we face and creative thinking about how to make further progress."

"Our committee believes strongly that promoting diversity will make Princeton a better university — that this effort will improve our ability to attract the best scholars, the most promising students and the most talented staff members and to create an environment in which all can flourish," said Prentice, who also is chair of the Department of Psychology. "We hope that the University community will embrace the values articulated in the report, and that each office and department on campus will draw on our recommendations to create a diversity plan consistent with their own goals and opportunities."

"The trustees recognize that diversity is critically important to the core mission of this university, and that achieving a more diverse and inclusive campus will require creative thinking, persistent effort, and a range of initiatives and programs," Henry said. "But it also will require sustained interest and commitment by the board, and we fully intend to pay continuing attention to the goals we have set forth in our report."

The Trustee Ad Hoc Committee on Diversity's report released Sept. 12 emphasizes policies that support diversity and inclusion as central to the University's educational mission. (Graphic by the Office of Communications)

Eisgruber said "these three themes provide a promising strategy for real progress toward a more diverse and inclusive Princeton." He commended the report for "its acknowledgment that there is no one-size-fits-all solution" and cited the report's "emphasis on the importance of departmental responsibility," especially with respect to faculty hiring and graduate student recruitment.

"Our academic departments have the expertise to make the judgments about quality on which Princeton's excellence depends," he said. "The committee's diversity strategy both respects and leverages this critical element of Princeton's academic culture."

Eisgruber said that he intends to launch the implementation of the proposed strategy at an upcoming meeting with the chairs of all the academic departments. The report commends a successful graduate recruiting program in the Department of Molecular Biology that rapidly increased the diversity of its doctoral program, and Eisgruber has asked Provost David Lee and Dean of the Faculty David Dobkin to solicit proposals from departments to conduct other pilot projects. Dobkin is creating a special advisory committee to help select, support and monitor these projects.

The Graduate School is creating a Diversity Committee composed of students, faculty and staff and will work closely with departments on graduate student recruitment, retention and climate issues, and faculty collaboration with minority-serving institutions. The Office of Human Resources has begun working with administrative departments to develop a stronger overall staff diversity and inclusion strategy, with University Services and Campus Life commencing with piloting the proposed approaches.

The work of the committee — established in January 2012 by now-President Emerita Shirley M. Tilghman — furthers the significant progress Princeton has made in fostering a community that welcomes people of every gender, race, ethnicity, religion, sexual orientation, socioeconomic status and other backgrounds.

"Beginning with the presidency of Robert F. Goheen '40 *48, Princeton has acted aggressively to make its academic community more diverse and inclusive," Eisgruber said. Goheen led the University from 1957-72.

Princeton's efforts span from the introduction of undergraduate coeducation in 1969 and recruitment of African American, Hispanic, Asian American and Native American students starting in the 1960s and 1970s, to bold expansions of the University's financial aid program that have greatly increased the number of low- and moderate-income and international students.

Over the years, the University also has established the Center for African American Studies and the Program in Latino Studies; created the Lesbian, Gay, Bisexual and Transgender Center; and added an associate dean for academic affairs and diversity in the Graduate School.

"At its current pace, the diversification of the University's graduate, postdoctoral, faculty and senior administrative populations will continue to fall behind the demographic shifts that are reshaping the United States," said the committee's report. "Princeton must not let this happen. It needs to make substantive changes to its culture and structure if it hopes to remain a great American and global university, where the most gifted and promising individuals from every segment of society feel welcome and thrive."

In his statement, Eisgruber notes that "the committee’s work is now done, but our community’s work is only beginning. The committee has given us recommendations, not a blueprint or a set of instructions, much less a self-executing plan. The report will produce results only if we embrace its challenges, give careful thought to its proposals, devise our own strategies and programs, and make diversity and inclusivity integral components of this University’s commitment to scholarly excellence."