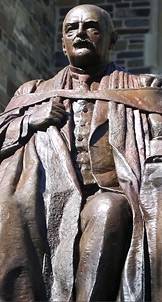 Princeton University is holding a campus conference for all graduate alumni this week, with more than 1,000 alumni and guests expected to attend and connect with fellow alumni and reconnect with the University.

The "Many Minds, Many Stripes" conference, which runs Thursday to Saturday, Oct. 17 to 19 and is open only to registered alumni and guests, will feature presentations by alumni, faculty, staff and students; alumni discussion groups; networking opportunities; campus tours; and many social events. The full schedule (.pdf) contains more than 50 events with more than 100 speakers.

Highlights of the conference include:

On Friday morning, conference organizers premiered a video that showcased the Graduate School's history and the evolution of graduate education, student life and alumni relations, as well as the impact that Princeton has had on alumni's lives.

"The role of graduate students in the Princeton community has always been indispensible," Eisgruber said in the video.

One of Princeton's first graduate student was James Madison, who continued his studies at Princeton in 1771-72 after earning his undergraduate degree. The Graduate School was established in 1900, and the Graduate College, which houses many graduate students and the dean, was completed in 1913. As the Graduate School's first dean, Andrew Fleming West envisioned Princeton graduate education creating a community of scholars, resulting in fellowship with students across fields of study and producing a person capable of working well with many people and "many minds."

Liz Pender, a graduate student in molecular biology, said she chose Princeton for the way the University carries out that vision today.

In addition to their academic training, graduate students leave with a desire to lead and to serve, said Justin Mikolay, who received a Master in Public Affairs in 2003.

"The famous speech that Adlai Stevenson gave here called 'The Educated Citizen' in 1954, the thesis of that speech was, more or less, you have been given much and therefore much will be demanded of you. When you leave FitzRandolph Gate, you have an obligation to serve the country, to serve the world," he said. "That feeling of being compelled to leave here and serve others I think is common among Princetonians."