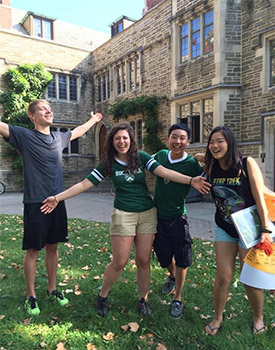 Princeton University classes will start Wednesday, Sept. 10, following more than a week of welcome events for undergraduate and graduate students. Much of the freshman Class of 2018 arrived on campus at the end of August for orientation programs, while many sophomores, juniors and seniors returned to Princeton during the past week. (Photo by Jill Feldman, Office of Communications)

Princeton University students will officially be back to school Wednesday, Sept. 10, with the first day of classes, following more than a week of orientation and welcome events for undergraduate and graduate students.

Much of the freshman Class of 2018 arrived on campus at the end of August for orientation programs, while many sophomores, juniors and seniors returned during the past week. Students shared their excitement about the start of the academic year on social media by using the hashtag #ToPrincetonU.

More than 700 freshmen participated in Outdoor Action, which has been organized for 40 years to help incoming students bond with classmates and transition to college life. This year's freshmen formed 84 groups, led by approximately 200 Princeton students, for backpacking, biking, canoeing, rock climbing, and nature and hiking trips in eight states.

Closer to campus, 174 freshmen spent a week engaged in public service and community-building projects through the Pace Center for Civic Engagement's Community Action program. Students volunteered at more than 50 organizations in Princeton, Trenton and Camden in New Jersey, as well as Philadelphia and New York City. Projects ranged from painting a community mural, working at soup kitchens and food pantries, cleaning parks, and mentoring young children. 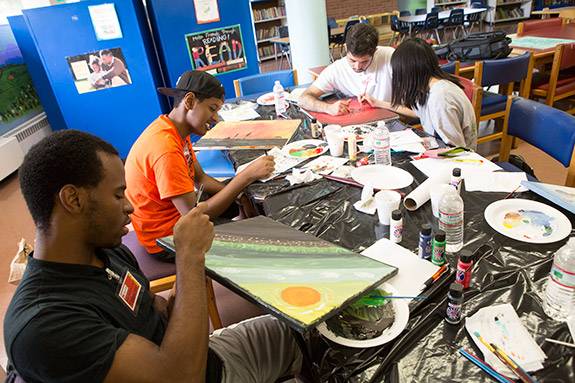 "Back in Boston I did a lot of community service, so I decided to sign up for Community Action," said freshman Adetobi Moses. "I wanted to get to know people and make friends who shared a mutual love and appreciation of community service. In all my community service I don't think I have ever learned as much as I have in my short time here."

Students participating in Community Action also spent an evening with President Christopher L. Eisgruber and other faculty and staff discussing the book "Meaning in Life and Why It Matters," which all freshmen were asked to read as part of the Princeton Pre-read program.

Prior to Outdoor Action and Community Action, 155 undergraduates from 50 countries spent three days on campus getting acclimated to life in the United States during International Orientation sponsored by the Davis International Center. 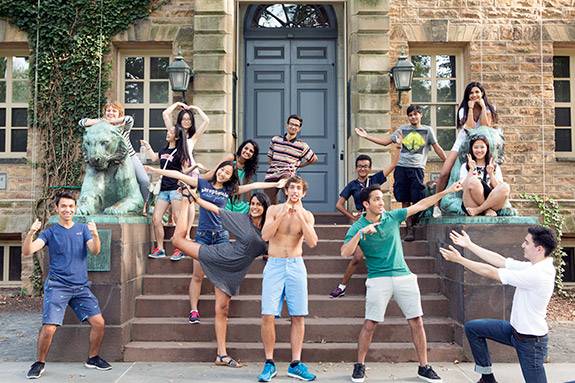 The Class of 2018 gathered in the University Chapel Sunday, Sept. 7, to mark the beginning of the academic year with the annual Opening Exercises ceremony. Eisgruber addressed the approximately 1,300 freshmen on the topic of "Meaning in Life — and at Princeton."

More than 570 new graduate students were welcomed to Princeton at the Graduate School Orientation Monday, Sept. 8. Eisgruber and Dean of the Graduate School Sanjeev Kulkarni addressed advanced-degree candidates in Richardson Auditorium in the morning, followed by panels on topics such as "Health and Wellness," "Mentoring, Networking and Professional Development," and "Residential and Social Life at Princeton." 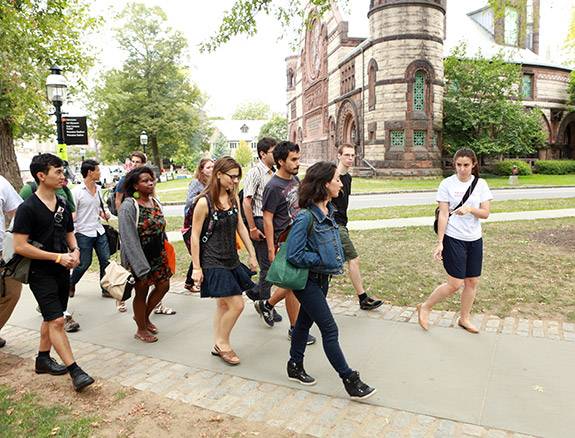 New graduate students take a walking tour of campus on Sept. 8. The tour was one of the many activities for incoming advanced-degree candidates during Graduate School Orientation. (Photo by Denise Applewhite, Office of Communications) 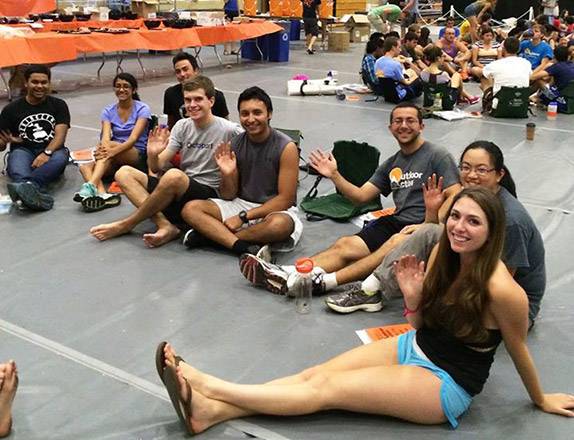 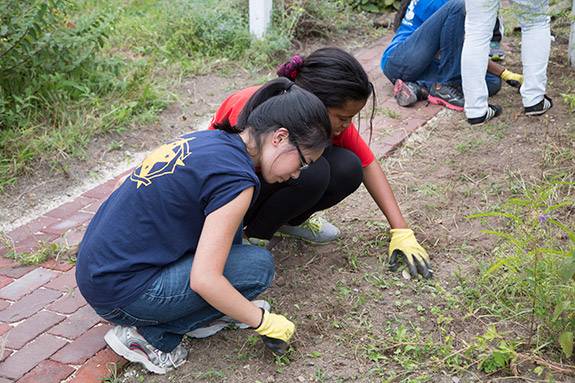 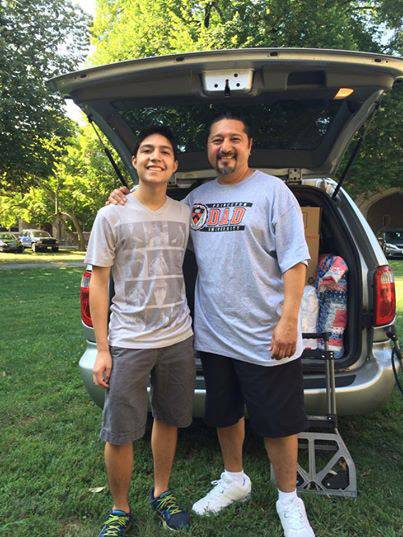 Freshman Brandon Lanchang gets help moving into his Princeton dormitory from his proud father, Carlos. (Photo by Jill Feldman, Office of Communications) 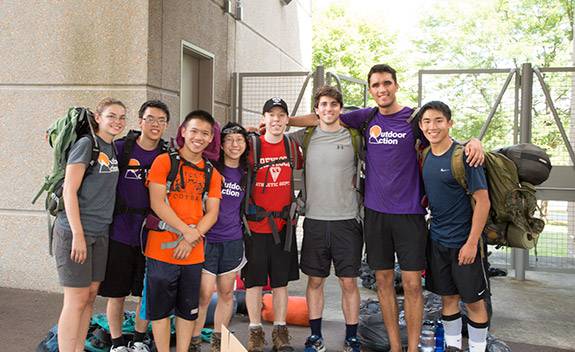