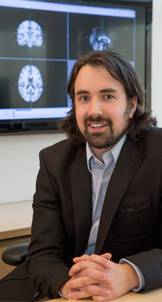 An experiment conducted by Nicholas Turk-Browne, an associate professor of psychology at Princeton, and his colleagues found that the human brain uses memories to make predictions about what it expects to find in familiar contexts. When those subconscious predictions are shown to be wrong, the related memories are weakened and are more likely to be forgotten.

Your brain is a memory powerhouse, constantly recording experiences in long-term memory. Those memories help you find your way through the world: Who works the counter each morning at your favorite coffee shop? How do you turn on the headlights of your car? What color is your best friend's house?

But then your barista leaves for law school, you finally buy a new car and your buddy spends the summer with a paint brush in hand. Suddenly, your memories are out of date.

An experiment conducted by researchers from Princeton University and the University of Texas-Austin shows that the human brain uses memories to make predictions about what it expects to find in familiar contexts. When those subconscious predictions are shown to be wrong, the related memories are weakened and are more likely to be forgotten. And the greater the error, the more likely you are to forget the memory.

"This has the benefit ultimately of reducing or eliminating noisy or inaccurate memories and prioritizing those things that are more reliable and that are more accurate in terms of the current state of the world," said Nicholas Turk-Browne, an associate professor of psychology at Princeton and one of the researchers.

The research was featured in an article, "Pruning of memories by context-based prediction error," that appeared in 2014 in the Proceedings of the National Academy of Sciences. The other co-authors are Ghootae Kim, a Princeton graduate student; Jarrod Lewis-Peacock, an assistant professor of psychology at the University of Texas-Austin; and Kenneth Norman, a Princeton professor of psychology and the Princeton Neuroscience Institute.

Nicholas Turk-Browne, an associate professor of psychology, uses the example of a trip to a coffee shop to explain new research about the way the brain responds to inaccurate memories. (Animation by Kyle McKernan, Office of Communications)

The researchers' experiment involved 24 adults, who were shown a series of photos one at a time while their brain activity was monitored by a functional magnetic resonance imaging (fMRI) machine. The participants were asked a question about each photo, but the real purpose of the exercise was to monitor their brain activity as the photos were shown.

The photos included three-photo sequences, such as two photos of faces followed by a photo of a scene. In this example, the first two photos would appear again later in the series, but this time would be followed by a new face rather than the scene. The researchers measured how strongly participants were expecting to see a photo of the scene the second time by looking for the pattern of brain activity associated with that scene, around the time when it should have appeared in the sequence.

"We wanted to get direct access to what things people are predicting without asking them," Turk-Browne said. "These kinds of predictions are not necessarily consciously accessible, and if we ask about them, it will change the behavior."

Later, participants were shown photos and asked whether they recognized them from the fMRI portion.

By analyzing the fMRI data and the memory test results, the researchers found that the more strongly participants' brains predicted — incorrectly — the next photo in the sequence, the more likely they were to forget the predicted photo. 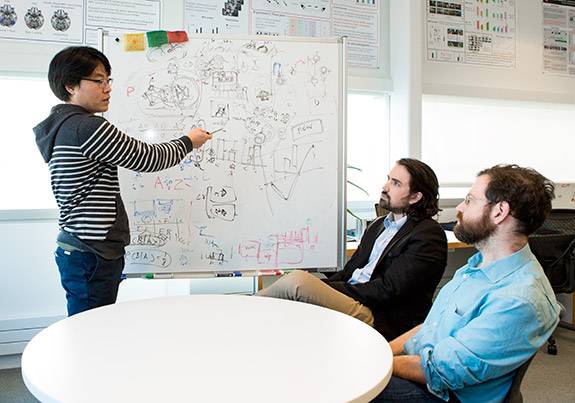 The researchers say the findings fit a model for how the brain handles memories called the nonmonotonic plasticity hypothesis. The model claims that strong activation of a memory — such as when a remembered object or event is encountered again — will strengthen the memory.

But moderate activation of a memory — such as the activation that occurs when your brain makes an unconfirmed prediction using the memory — can degrade the memory.

So, Turk-Browne said, if your brain activates a memory in forming a prediction and then doesn't re-experience the remembered object or event, the memory can begin to fade.

"This is a very general mechanism for influencing what people remember and forget on the basis of whether it can be reliably predicted given the situation in which it occurs or not," Turk-Browne said. "People remember and forget a lot of things. This isn't going to explain all of remembering or all of forgetting, but this is an automatic, unconscious way the brain has to figure out when things turn out not to be really reliable in terms of how the world is structured."

Morgan Barense, an assistant professor of psychology at the University of Toronto, said the researchers have found a "powerful learning mechanism" in the brain.

"I think it's an incredibly compelling story that this automatic prediction mechanism is constantly operating under the radar of our conscious experience, optimizing what elements of a memory we should remember based on how likely they are to occur in our environment," said Barense, who studies how memory functions are organized in the brain. "It makes sense that the brain would operate in this way, yet it was only with the development of modern neuroimaging analyses that we were able to observe this mechanism in action."

Turk-Browne said the research opens the door to several avenues of additional research, including working to better understand the brain's predictions.

"What are the physiological mechanisms of generating predictions in the first place? We're investigating that," he said.

The research was supported by funding from the National Institutes of Health.