Illlustrations by the Office of Communications

Princeton University trustees Jan. 31 approved the University's operating budget for 2015-16, which includes a 7.4 percent increase to $140.2 million in the undergraduate financial aid budget for next year.

The University's pioneering financial aid program provides the assistance necessary to make sure that any student who is admitted and needs financial aid can attend. The aid comes in the form of grants, which do not need to be repaid. Approximately 60 percent of all undergraduate students receive aid, and the average grant is more than $40,000 per year. Because no student is required to take out loans, Princeton's aid program allows its students to graduate debt free.

"Our increased financial aid budget will maintain Princeton's commitment to full access for any student who is admitted, regardless of ability to pay and without the need for loans," Provost David Lee said. "Typically, students from families with the U.S. median household income of $54,000 pay no tuition and their average grant also covers room, board and other expenses. Most students from families with incomes up to $140,000 pay no tuition, and for an average family with income around $160,000, grant support would cover roughly 80 percent of tuition."

Lee noted that Princeton's scholarship spending has outpaced fee increases for 14 of the last 15 years and its average annual fee package increase has been among the lowest in the nation for the past 18 years. 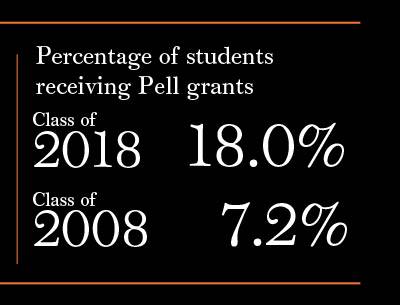 The budget includes a 3.9 percent increase in undergraduate tuition to $43,450. Even with the increase, Princeton's total fee package, including tuition, room and board, is likely to be the lowest in its peer group. For the 2015-16 year, Princeton's full package of $57,610 will be about $630 below the lowest current year (2014-15) fee package of its closest competitors. 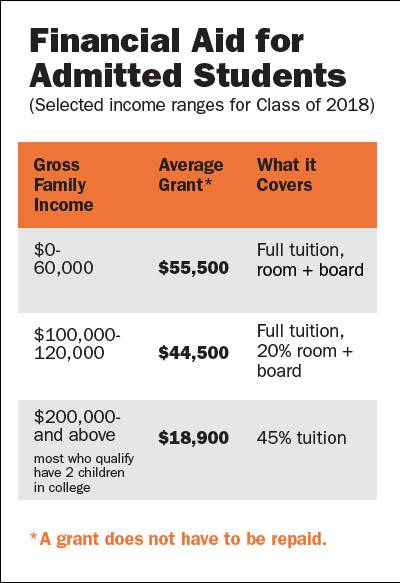 President Christopher L. Eisgruber presented the budget proposal to the trustees during a meeting Jan. 31. The proposal was based on the recommendations of the Priorities Committee of the Council of the Princeton University Community, which is made up of faculty, students and staff, and chaired by the provost.

Lee said that while the University is on solid financial footing, it is important to use resources efficiently to fund the University's priorities.

The approved budget includes funding for: 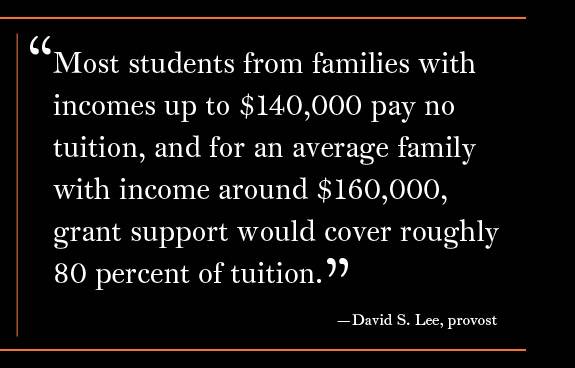 Lee said the University's committee on Strengthening University Management and Resources (SUMAR) has tracked more than 65 projects with a total potential savings of approximately $17.5 million during the last five years. The committee was established as part of the University's enhanced central cost-saving initiatives during the last economic recession as a means to enhance management and continue to identify and implement cost efficiencies.

The Priorities Committee report is available for download in PDF format as well as from the Office of the Provost.