Princeton University's trustees have adopted the University's operating budget for 2017-18, which includes an 8.7 percent increase to $161.2 million in the undergraduate financial aid budget to continue to ensure that a Princeton education is genuinely affordable for every admitted student.

Princeton provides financial aid in the form of grants, which do not have to be repaid. It does not require any borrowing, so students can graduate debt free. 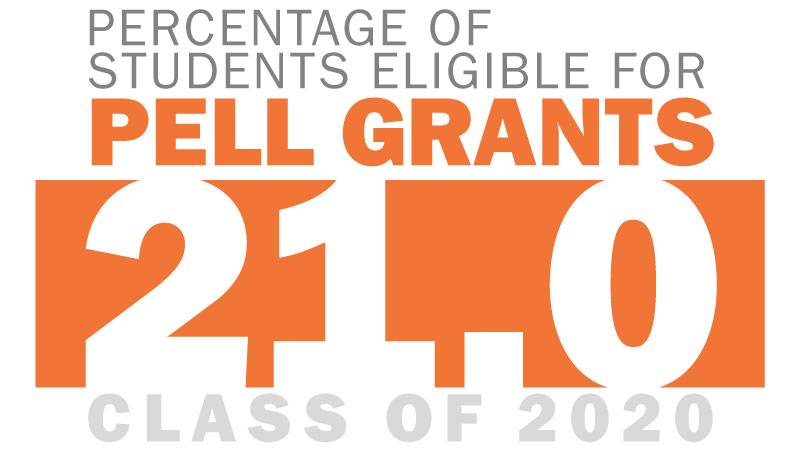 "Affordability and accessibility of a Princeton education remains one the University's highest priorities, and this budget reflects that. It also continues our long-standing commitment to insulate all of our aid recipients from the impact of increases to our fee package," said Provost David S. Lee. "The Undergraduate Financial Aid Office also re-evaluates financial aid packages for continuing students each year to ensure that their awards are adjusted to cover their full financial need.

The average annual bill next year for students on aid is projected to decrease to $11,505 from $12,635, while the fee package (which includes tuition, room and board) for full-tuition paying families will increase to $62,750 from $60,090. For the 18th year in a row, Princeton will have the lowest fee package in the Ivy League. 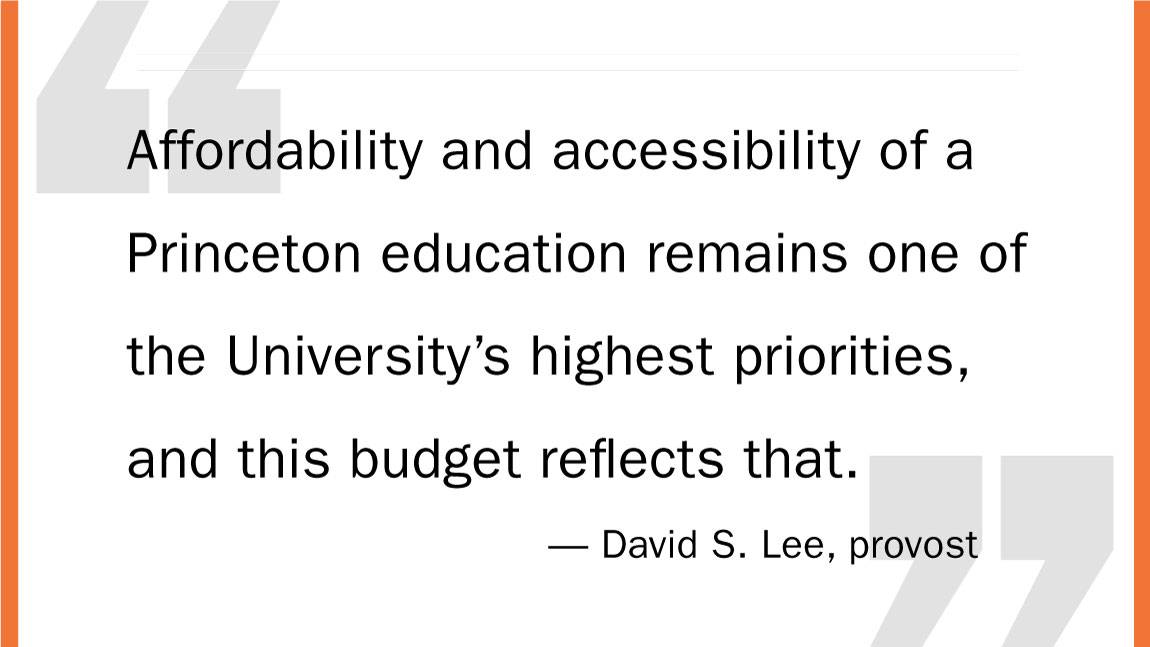 Princeton tailors each financial aid package to a family's particular circumstances. In determining need, it excludes equity in the primary residence and retirement savings and it considers other obligations, such as educational expenses for other children as well as debt and medical bills for dependents. Princeton's commitment to access is reflected in an increase in the percentage of students eligible for Pell grants to 21 percent in the Class of 2020 from 7.2 percent in the Class of 2008.

President Christopher L. Eisgruber presented the budget proposal to the trustees during a meeting on April 8. The proposal was based on recommendations of the Priorities Committee of the Council of the Princeton University Community, which is made up of faculty, students and staff, and chaired by the provost.

The budget also includes an increase in endowment spending that, coupled with the increase adopted last year, is intended to remain within the policy target band of 4.0 to 6.25 percent.

Approximately $173 million of endowment payout, in an overall budget of $2.1 billion, is intended, along with ongoing fundraising, to provide the capacity for initiatives that are being developed out of the strategic planning framework adopted last year, and as articulated in President Eisgruber’s recent state-of-the-university letter (PDF).

"The trustees have adopted a budget that will enable us to maintain our commitment to access and affordability, meet our highest current priorities, and allow us to achieve the aspirations of the strategic framework," Lee said. 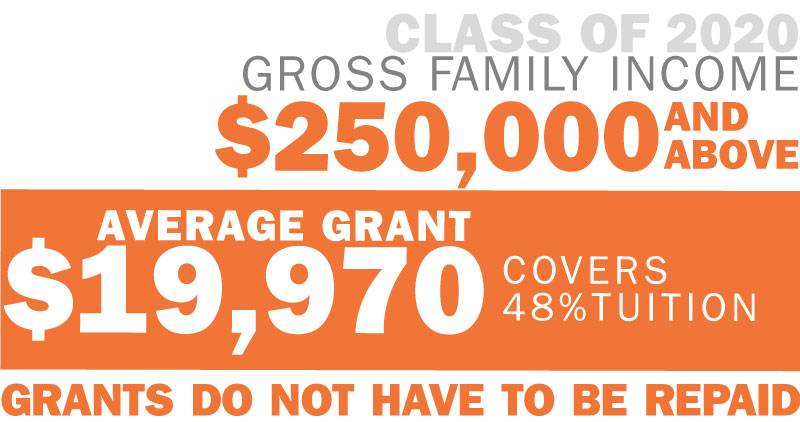