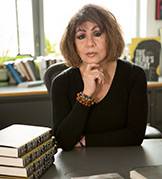 Sociologist Patricia Fernández-Kelly distilled nearly a decade of fieldwork in West Baltimore into her recently published book, "The Hero's Fight: African Americans in West Baltimore and the Shadow of the State." 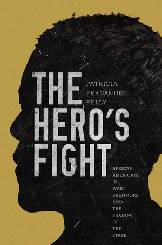 Through the stories of D.B. Wilson, Big Floyd, Little Floyd and other residents, Fernández-Kelly said she has tried to shine a light on the lives of people in some of the poorest and most violent neighborhoods in America — lives often overlooked by society. But Fernández-Kelly also uses the individual stories to explore the role of the global economy and government policy in creating and perpetuating poverty.

Based on nearly a decade of intense fieldwork during the 1990s, Fernández-Kelly tells the stories of seven West Baltimore residents in depth, beginning with Wilson. He moved to Baltimore in 1959 from South Carolina and eventually landed a job with a manufacturing company. He spent the next 19 years living the American Dream, or at least living within reach of it, Fernández-Kelly writes. Eventually, though, his job disappeared and he began to scratch out a living as a taxi driver.

Each of the personal chapters is paired with an analytical chapter that explores the larger forces at work. Fernández-Kelly said the deindustrialization of America robbed African Americans like Wilson of the gains they had just begun to make from the U.S. economy.

Fernández Kelly's work on West Baltimore builds on her broader interest in international economic development with an emphasis on immigration, race, ethnicity and gender. For her first book, "For We Are Sold, I and My People," Fernández-Kelly explored the impact of industrialization on women in Mexico's frontier regions — even working herself at a factory.

"I think a running theme in my work is to make visible people who are generally obliterated by statistical analysis or by prejudice or stereotypes," Fernández-Kelly said.

That book grew out of the dissertation she wrote at Rutgers University, where in 1981 she earned her Ph.D. — her second, following a Ph.D. in art history from Universidad Iberoamericana in her native Mexico.

She arrived at Princeton in 1997 after a decade as a research scientist at Johns Hopkins University in Baltimore.

At Princeton, she teaches a range of course that dovetail with her research interests. This semester, one course for undergraduates shares the title of her book and examines poverty in the United States and the role of globalization. Another, "God of Many Faces: Comparative Perspectives on Immigration and Religion," focuses on the interaction between immigration and religion.

Fernández Kelly is also active in the Princeton community. On March 19, she was honored by the YWCA of Princeton with its Tribute to Women award, a recognition of her work with groups such as the Council for Princeton Future, the Latin American Legal Defense and Education Fund, the Robeson House Committee, and the YWCA. An active member of Princeton's Witherspoon Street Presbyterian Church, Fernández-Kelly said her volunteerism and professional work are important parts of who she is.

"I don't see any light between my personal academic and religious personas," she said.

Given that, it's not surprising that the people of West Baltimore are not present only in her book, which was published by Princeton University Press. Some of their photos join those of family and friends adorning her office. Their messages fill her Facebook feed, and their voices reach her by phone.

Through her years of fieldwork, Fernández-Kelly became deeply connected with many residents. She says that reflects her dual goals, both to produce academic work that adds to the understanding of poverty in the United States and to improve the lives of the people she came to know.

"In a sense there are two tracks to my involvement in West Baltimore," Fernández Kelly said. "One is personal, political, and has to do with public service. The other has to do with knowledge production. I think it's fair to say the book is the outcome of that perilous adventure."

Diane Auer Jones to be Princeton's director of government affairs