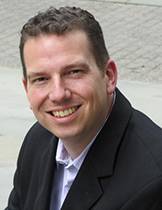 Researching what he had envisioned as a book about the grassroots beginnings of the Moral Majority movement, Kruse, a professor of history, began poring through the masses of mail Black received following the Supreme Court's 1962 ruling against state-mandated school prayer.

Again and again, letters critical of the ruling called on two familiar phrases as evidence of the nation's Christian basis: "In God We Trust" and "One Nation Under God." That prompted Kruse to begin looking more closely at how those phrases and the ideas they represent became a part of the fabric of American politics.

The resulting book released this month, "One Nation Under God: How Corporate America Invented Christian America," traces the story back to the 1930s as corporate leaders and conservative clergymen began promoting political arguments embodied in the phrase "freedom under God" to combat the rise of the New Deal. Companies such as General Motors and Hilton Hotels, industrialists and business lobbies such as the U.S. Chamber of Commerce funded evangelists who attacked the New Deal as a program of "pagan statism" that perverted a central Christian principle: the sanctity and salvation of the individual. 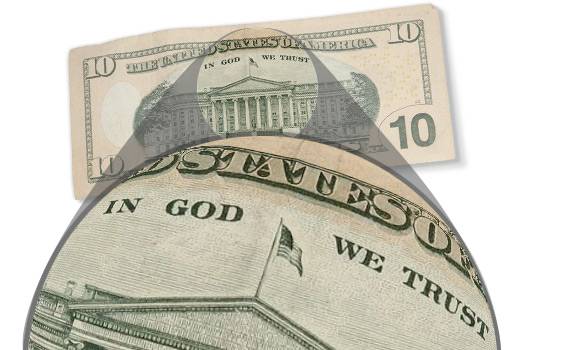 "In God We Trust" first appeared on paper money in 1957, following a 1956 act of Congress that declared the phrase the national motto of the United States. (Photo illustration by Matilda Luk, Office of Communications)

The movement gained momentum in the 1950s, Kruse found, with supporter Dwight D. Eisenhower elected to the White House, American church membership reaching an all-time high and Congress adding "under God" to the Pledge of Allegiance.

Kruse, who earned his Ph.D. from Cornell University and joined the Princeton faculty in 2000, has taught a range of undergraduate courses on American history covering periods from 1920 to the present. He has also taught undergraduate seminars on topics such as the religious right in modern America, the rise and sprawl of modern American suburbs, and religion and politics.

Kruse answered questions about his findings, what they mean for America today and how he brings his research techniques to his work with Princeton students.

Question: What are the key points you hope readers will take away from your work?

Answer: Many Americans take for granted phrases like "In God We Trust" and "One Nation Under God" and their presence in American politics. These things are taken as markers that we're formally and officially a Christian nation. One takeaway is that these things weren't enshrined by the Founding Fathers. They were written into our political culture in the 1950s.

That's a story that scholars might know, even if the general public doesn't. But I think what's new about the book for scholars is that these developments in the 1950s didn't stem from the Cold War. They instead come from the fight against the New Deal in the 1930s and '40s.

It's not a story centered on foreign policy propaganda the way I had always been taught — that the United States was fighting the godless Communists abroad so Americans suddenly played up our godly nature. That's a very plausible story, and on the surface there's certainly plenty of evidence for that. But if tracing these arguments back to their origination it's very clear that it's not about foreign policy, it's about domestic politics. This language of "freedom under God" ultimately does have an ominous state it’s targeting — but it's not the Soviet regime in Moscow, it's the New Deal administration in Washington.

Q: What implications does this have for how we view politics today?

A: These phrases are often used to make certain absolutist claims about what America should be, with the assumption that they came to us from the Founding Fathers. But they're actually of a more recent vintage. That doesn't mean they're not important. That doesn't mean these can't be traditions that we value, but I think that they need to be traditions we understand fully before we embrace them fully. We need to understand where they came from if they're going to be useful to us today. And they still can be, I think.

Another implication we have seen over the past several years is that businesses are using religious liberty arguments to escape the effects of state regulation, such as in the Hobby Lobby case and Indiana's religious freedom law. Legally, this is a new concept. But politically, these ideas of "freedom under God" and that individuals can have religious beliefs that protect them from the incursions of the regulatory state go back to the '30s. So I think there's an important political and social background to what is now a very new development in the courts.

Q: This project ended up far from where you imagined it at the beginning. How do you approach projects like this, and how do you advise students to apply those ideas to their independent work?

A: Above all else, I follow the evidence. I think there's no other honest way to do history than to be true to your sources. Obviously historians come at them with certain questions and assumptions but we have got to leave ourselves open to be told we're wrong and to follow those sources and try to see what they're telling us.

That's exactly how I encourage students to do history. Start off asking questions that are informed by the literature, informed by your own hunches about what might be out there and what might be interesting. But you've really got to get into the archives. You've really got to dig into the primary material. Hopefully you're asking new questions that lead to new answers. Often you'll come up dry, but even in that case, at least you know what's not there. You keep digging until you find one where you strike oil. Once you do, that will lead on to new places for you to explore. But you've got to follow the sources.