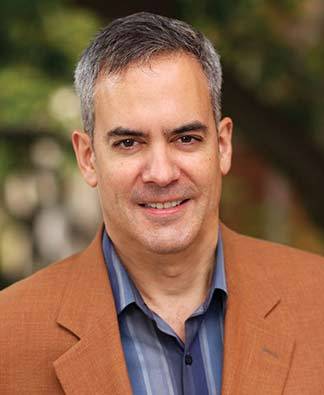 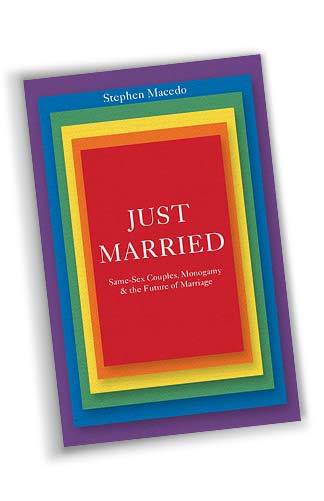 Stephen Macedo’s new book, “Just Married: Same-Sex Couples, Monogamy and the Future of Marriage,” examines the current state of marriage as an institution and its future.

The Supreme Court ruling on Friday, June 26, that same-sex couples have the right to marry bolsters the institution of marriage for all, Princeton political scientist Stephen Macedo said.

"This is a great and historic step forward for equal justice under our Constitution," said Macedo, the Laurance S. Rockefeller Professor of Politics and the University Center for Human Values at Princeton University. "The decision strengthens both the institution of marriage and our democracy — contrary to the dissenters — by extending the reach of the fundamental equality of all on which democracy rests."

The decision comes as people on both ends of the political spectrum have cast doubt on the future of marriage. Some on the right worry same-sex marriage is a slippery slope toward polygamy and the dissolution of marriage as we know it. On the left, meanwhile, some say there is no place for monogamous marriage as a special status defined by law.

Macedo says in his new book, "Just Married: Same-Sex Couples, Monogamy and the Future of Marriage," that both sides are wrong. He says the same principles of democratic justice that demand marriage equality for same-sex couples also lend support to monogamous marriage.

He answered questions posed by the Office of Communications about marriage, what it means today and its future.

Question: Why does marriage matter today?
Answer: Marriage remains a very important signal of commitment in our society — more so in the United States than many other places. It's about two people committing to build a life in common together, and to care for and nurture any children who are born into, or brought into, their family. The vast majority of American adults are either married or would like to be. The marital commitment, and its public recognition, contribute to the health, happiness and general wellbeing of children and adults in lots of ways.

Q: What does the rise of same-sex marriage mean for the future of marriage?
A: First, it makes the institution more just and more widely available. In some ways, it's very striking that modern societies have come fairly recently to the view that gay and lesbian people should not be discriminated against. In another way, it's not surprising that this only occurred after women became equal under law. Same-sex marriage, in particular, reflects and entrenches spousal equality in marriage, and that's good. We should also pause to recognize that this is a great step forward for justice under the U.S. Constitution.

Q: Your book emphasizes the value and importance of monogamous marriage. Why?
A: Monogamy is one of the most interesting and least examined questions, as I say in the book. There are two ways of looking at it. A great many ethicists, political theorists, law professors and ordinary people note that we have a great deal of ethical and religious diversity, and freedom when it comes to our intimate and personal lives. And they note that, as gender equality becomes entrenched, there is no reason for plural marriage in the future to take the patriarchal form that it has nearly always in the past. So, there is a great deal of speculation about egalitarian polygamy, sometimes called "polyamory." And a federal court in Utah has recently struck down parts of that state's prohibitions on bigamy.

On the other hand, and this is what I emphasize, plural marriage past and present tends overwhelmingly toward one husband with multiple wives. There are powerful reasons to think, as I say in the book, that egalitarian, reciprocal marital commitments are monogamous.

Open marriages and group marriages have been proposed and tried for centuries, and they have not caught on. So I conclude, and argue at length in the book, that our law should give special recognition to monogamy, while tolerating other arrangements. I argue (and here I'm only stating my conclusions) that monogamy is a good and defensible way of securing the basic constitutional and moral value of equal liberty.

Q: And what about those who say same-sex marriage is a slippery slope toward polygamy and the dissolution of marriage?
A: So far as polygamy goes, where women have become equal, and gay rights are recognized, polygamy is gone, and there is no movement back toward it. Polygamous societies are patriarchal and deeply homophobic. In those respects, they are very "traditional." And I don't think that's accidental, as I explain in the book. Let me put it this way: same-sex marriage is on history's slope away from patriarchy.

However, I also believe we will learn more about these matters over time. Only a fool would claim to know the whole truth at this point!

So far as marriage itself is concerned, it's true that some young people place less weight on the institution than generations past. Likely some have been turned off by the exclusion of gays, but others think — mistakenly, I believe — that marital commitment is old-fashioned or unimportant. And again, there are many academics who have proposed "contractual" alternatives to marriage: why think "one size fits all?" Well, the fact is, it is extremely helpful to have an "off the shelf" package of legal default rules for marriage that others have found useful in the past.

Q: If same-sex marriage isn't a real threat to the institution of marriage in America, what is?
A: Recent work — including excellent work being done at Princeton by Sara McLanahan [the William S. Tod Professor of Sociology and Public Affairs] and others — shows that a very significant marriage divide has opened along the lines of economic class. Those couples entering into marriage who are favorably situated economically — where both spouses have college degrees — have marriages that are both more equal than in the past and also very stable. They wait to have children until after they are married, are generally terrific parents, and their kids are thriving.

On the other hand, those with less schooling — only a high school degree, or no degree — often follow a very different pattern: having children in cohabiting relationships that prove to be much less stable. This points to a widening class divide in the future, because early childhood experiences, very unequal across these different groups, now seem to shape cognitive development and children's likelihood of thriving.

We need to both provide better universal support for children and parents, and also recognize and encourage the value of marriage. There are ways that we can help people, including those who do not marry, plan their childbirths better, as very many want to do. Hopefully, we will give renewed attention to these matters once the same-sex marriage issue is settled.

Q: How does your work on these issues tie into your teaching and work with students?
A: This book comes directly out of my teaching in "Ethics and Public Policy," a lecture course I have been lucky enough to teach for a dozen years. I realized several years ago, when revising the syllabus, that the debate about same-sex marriage rights had widened to include a debate about marriage itself and also monogamy. We have treated this set of issues in that class several times now, and I also discussed them in a terrific freshman seminar on "Religion and Politics."

Engaging Princeton students on these issues has been enormously helpful to me. In fact, nine undergrads worked with me as research assistants in 2013, and two even came back for a chunk of the summer to help out. I couldn't have done it without them and I'm very grateful. I should hasten to add that many of these students don't agree with my conclusions, and of course that's fine!

Q&A with Patten: The moral foundations of minority rights