Q&A with Patten: The moral foundations of minority rights 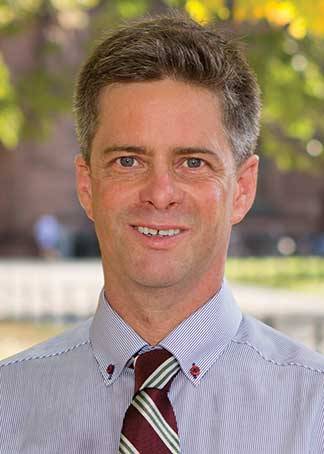 Princeton politics professor Alan Patten examines this challenging topic and offers a new ethical defense of minority rights in his book "Equal Recognition: The Moral Foundations of Minority Rights," which has just been published in paperback by Princeton University Press.

Patten, the Howard Harrison and Gabrielle Snyder Beck Professor of Politics, vice dean of the faculty for strategic initiatives and director of the Program in Political Philosophy, has research and teaching interests in both the history of political thought and contemporary political philosophy.

Patten answered questions on the topic of minority rights and why they matter today.

Question. Your book examines the moral foundations of minority rights. Which rights are these?

Q. Why is it important to look at the moral foundation of these rights?

A. Every liberal democracy is culturally diverse to at least some degree. Here in the United States, more than 20 percent of the population uses a language other than English at home at least some of the time. Many states around the world are home to significant national minorities that want to live under their own institutions and enjoy substantial autonomy. In the name of culture and religion, many minorities ask for exemptions from generally applicable laws that burden them heavily. Citizens and officials around the world need rigorous and critical ways of thinking about what is acceptable and what is unacceptable in these claims.

Q. What does political theory tell us about weighing competing claims of rights by the majority and by minorities?

A. Political theorists remain sharply divided over the claims of culture. Many liberals regard multiculturalism and nationalism as dangerous distractions that have little basis in the principles of liberal democracy. My book sets itself against this prevailing wisdom, arguing that a liberal concern to give each individual a fair opportunity to realize his or her ends and commitments ultimately scales up to a demand that cultures compatible with liberal values be extended equal treatment by the state.

Q. What are some themes you develop in making this argument?

A. One is culture: The book devotes a fair amount of attention to resuscitating the concepts of culture and cultural preservation. When can we say that a diverse group of individuals share a culture? How do we tell the difference between a change in a culture and the culture's disappearance? A second is the idea that the state should be neutral: the book revives and defends the thesis that a liberal state ought to be neutral between the different ends and attachments of its citizens.

Q. How might we think about applying some of these ideas to America today?

A. With a growing Hispanic population, U.S. debates about minority language rights are likely to become more intense in years to come. Americans also need to pay attention to debates about minority rights because of their country's position of global leadership. What responsibilities does America have to guarantee the self-determination of national minorities and to protect vulnerable cultures from destruction by nationalizing states and by the forces of globalization?