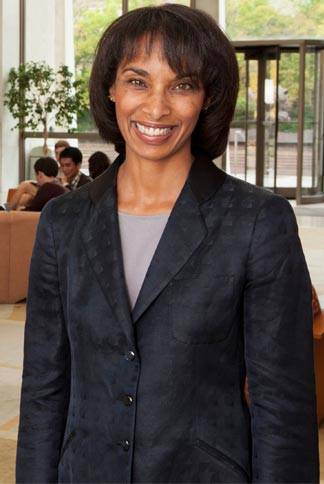 The Princeton-Fung Global Forum, on the topic "Modern Plagues: Lessons Learned from the Ebola Crisis," will be held Nov. 2-3 in Dublin, Ireland. Researchers, scholars, policymakers and health officials will examine West Africa's Ebola outbreak as a case study of a modern plague. Cecilia Rouse (above), dean of the Woodrow Wilson School of Public and International Affairs, said organizers chose to focus on Ebola "because it provides a lens through which we can discuss many of the critical issues facing many aspects of global health today."

The third annual Princeton-Fung Global Forum next month will bring together researchers, scholars, policymakers and health officials to examine West Africa's Ebola outbreak as a case study of a modern plague.

The event, to be held Nov. 2-3 in Dublin, Ireland, will highlight the multidisciplinary approach needed to resolve the crisis, involving not only public health and medical knowledge but an understanding of its economic, environmental, political and historical roots and consequences. The conference, "Modern Plagues: Lessons Learned from the Ebola Crisis," will also look ahead to ways to avoid and address future crises. In the video below, Princeton Princeton administrators and faculty members affiliated with the conference preview the wide-ranging issues that will be discussed.

"There have been a lot of conferences on the Ebola crisis, and on some of the public health issues related to it," said Princeton President Christopher L. Eisgruber. "This particular conference is different in that it takes an interdisciplinary view of the issues and brings to bear a broad range of disciplines — history, economics, policy science, political science, molecular biology — draws them together, and draws not only on academics, but also on policymakers from NGOs and from government."

The forum, which will be held at University College Dublin, features speakers and panelists from Africa, Europe and North America. The event is being organized by Princeton's Woodrow Wilson School of Public and International Affairs in coordination with campus partners. Registration, which is required, is open to the public.

Princeton University administrators and faculty members affiliated with the Princeton-Fung Global Forum, on "Modern Plagues: Lessons Learned from the Ebola Crisis," preview the wide-ranging issues that will be discussed. (Video by Danielle Alio, Office of Communications)

"The overall goal of the modern plagues conference is to bring together many people from many different perspectives, different fields, different occupations, to have an important conversation about global health," said Cecilia Rouse, dean of the Woodrow Wilson School of Public and International Affairs, the Lawrence and Shirley Katzman and Lewis and Anna Ernst Professor in the Economics of Education, and a professor of economics and public affairs. "We chose the topic of Ebola not necessarily just to focus on Ebola but because it provides a lens through which we can discuss many of the critical issues facing many aspects of global health today."

The conference will include keynote addresses by:

Along with Eisgruber and Rouse, Princeton University speakers on the program include:

The Princeton-Fung Global Forum was established in 2012 as part of a $10 million gift from William Fung, a 1970 Princeton graduate and former University trustee who is group chairman of the Hong Kong-based company Li & Fung. The first forum was held in 2013 in Shanghai on "The Future of the City." The second forum, held in April 2014 in Paris, focused on the future of higher education.