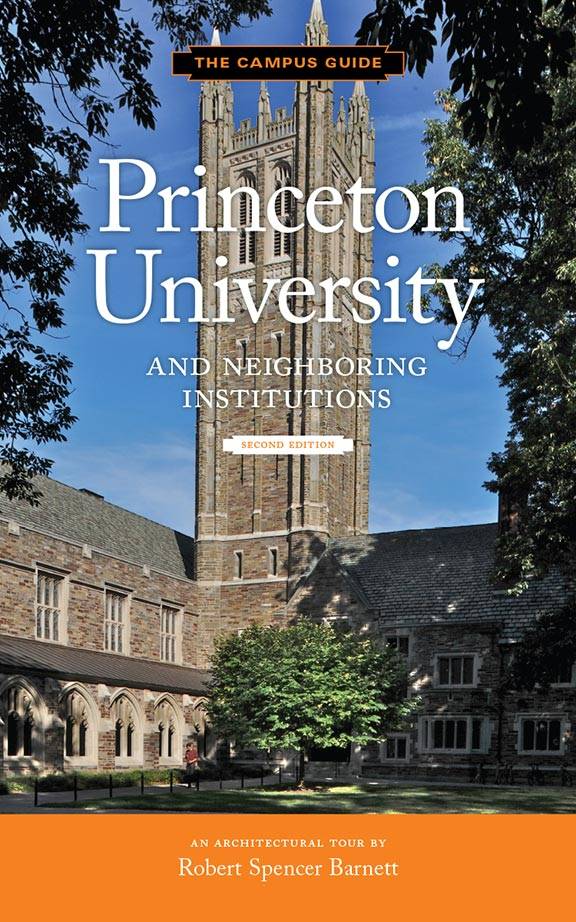 As part of its Campus Guide series, Princeton Architectural Press has published the second edition of "Princeton University and Neighboring Institutions," by Robert Spencer Barnett. The guide features over a dozen themed walks that highlight the significance of the architectural history and buildings of the University and the surrounding community, including the Princeton Theological Seminary, the Institute for Advanced Study and downtown Princeton.

The walks take visitors and armchair readers through each architectural era of the University, along garden paths, through storied archways, inside the Princeton University Art Museum and many more places. Photography by Barnett and Walter Smalling Jr., among others, and watercolor aerial views by Tom Gastel, bring the campus to life in vivid color. 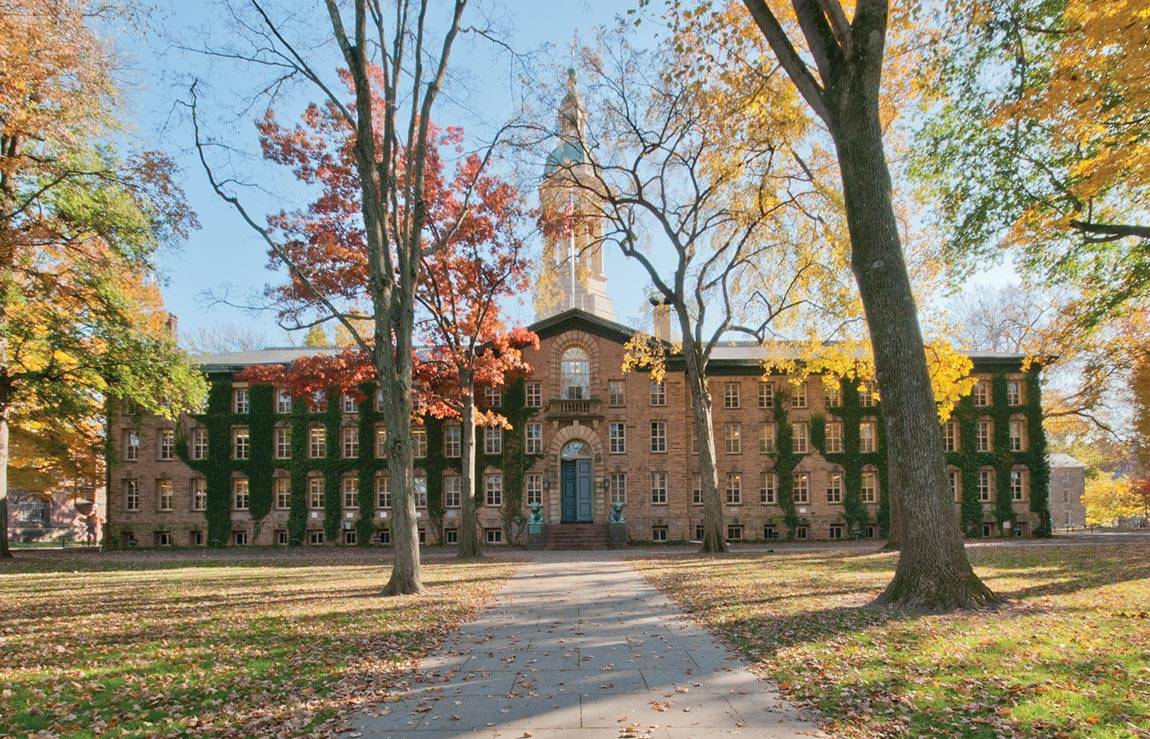 Nassau Hall, featured in Walk One: Colonial Buildings, was built in 1756 and originally housed 150 students and their teachers. It a National Historic Landmark. In Walk Two: The Victorian Campus, readers learn how Nassau Hall was rebuilt in the Federal and then the Italianate style after two fires. (Photo by Christopher Lillja, Princeton University Office of the Vice President for Facilities)

In the book's foreword, Princeton President Christopher L. Eisgruber shares his impressions of "this magical place," beginning as a Class of 1983 undergraduate.

"Cuyler Hall, a Collegiate Gothic residence built in 1912, was my home as a freshman," Eisgruber writes. "I marveled at the magnificent stonework, the stunning craftsmanship, and the palpable sense of tradition that I felt walking the grounds of my new dormitory. How lucky I was to be in such a place!" 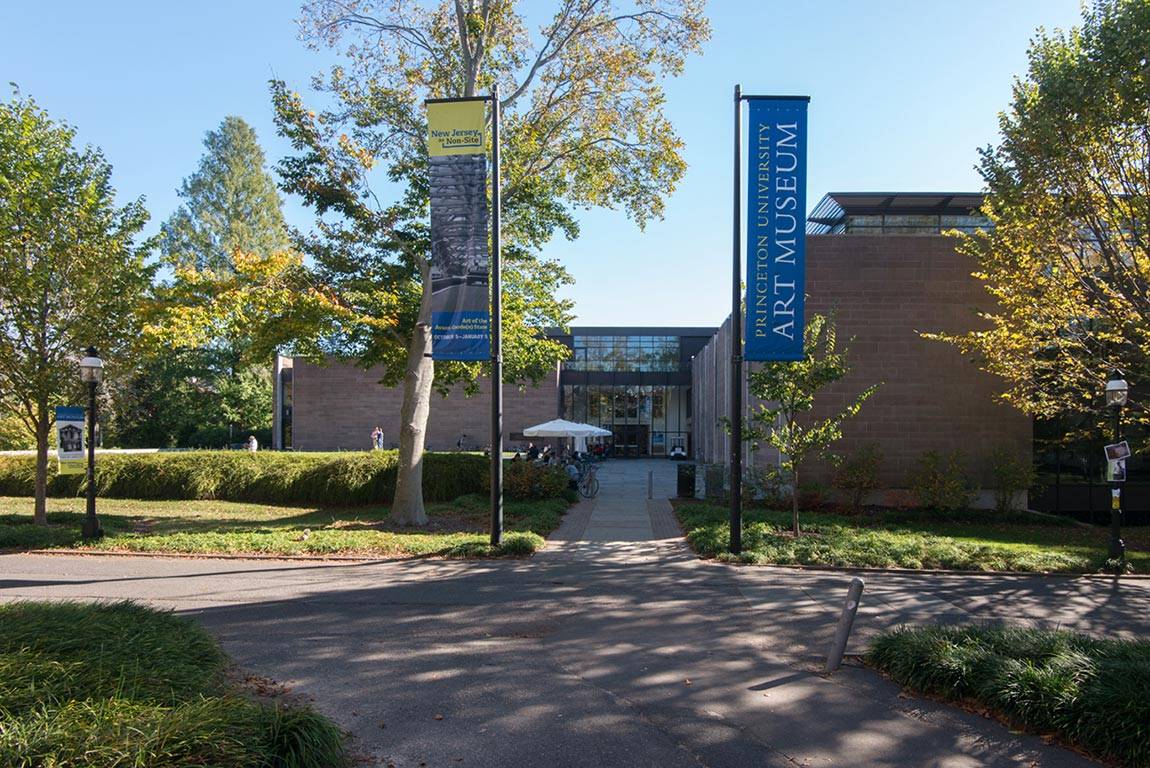 In Walk Six: Princeton University Art Museum, readers are taken inside to explore some of the highlights of the museum's expansive collection of art that ranges from ancient artifacts to contemporary works. (Photo by Christopher Lillja, Princeton University Office of the Vice President for Facilities)

Returning to campus as faculty member, then provost and now president, Eisgruber writes that he continues to "feel a mixture of affection and awe when I stroll through the campus." He encourages readers to do the same. "I hope you will find this guide to be a valuable companion as you traverse the paths, examine the architectural marvels, and soak in the spirit of the campus that we Princetonians lovingly call 'The Best Old Place of All.'"

In the introduction, University Architect Ron McCoy writes: "At Princeton traces of the past and aspirations for the future are particularly moving. The campus has a serene beauty and timeless sense of place that is vividly captured in the specific qualities of material, craft and landscape." He outlines the historical journey of Princeton's architectural evolution, from the construction of Nassau Hall and Maclean House in 1756 to the work of the "current generation of architects, landscape architects and planners" who are "reimagining the character of the campus at its edges and transforming parts in between." These transformations, he writes, "are all informed and inspired by a sense of place that defines Princeton." 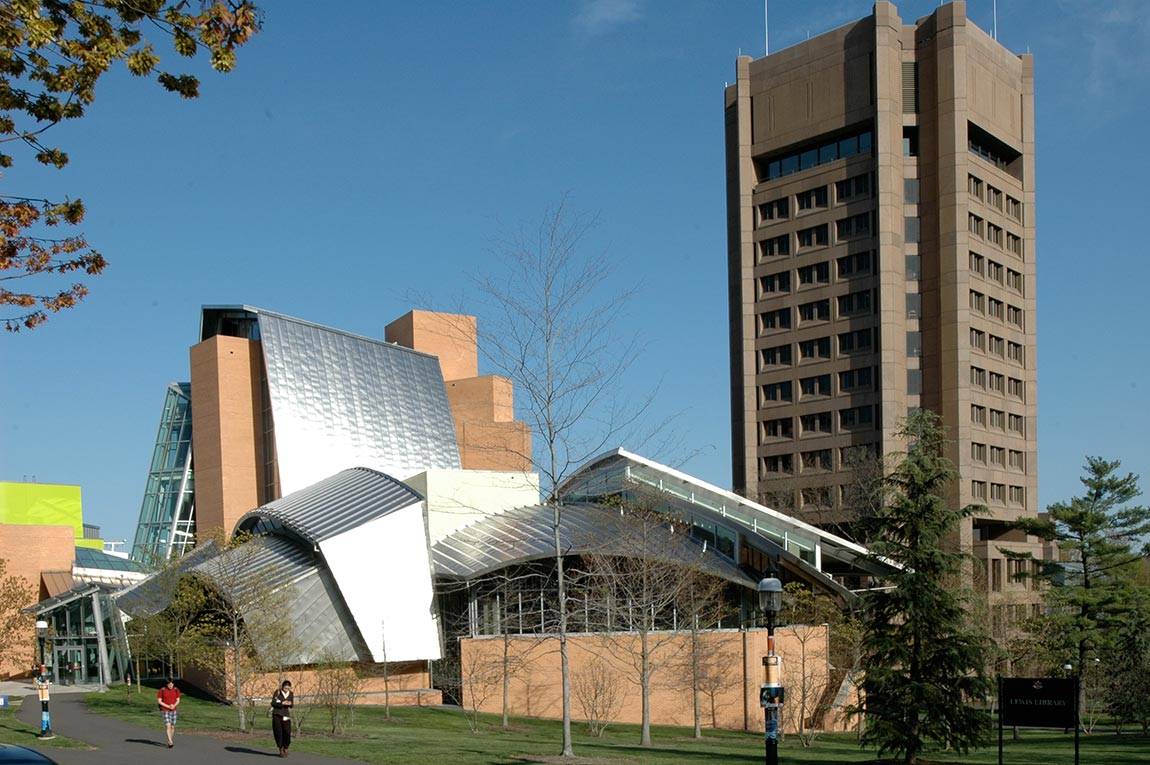 The Lewis Library (shown to the left of Fine Hall), designed by Frank Gehry in 2008, is part of Walk Nine: Natural Sciences Neighborhood. Its avant-garde design marks the University's adoption of modern architecture as the preferred style for new buildings after World War II — with the exception of Whitman College, built in the Collegiate Style in 2007. (Photo by Robert Spencer Barnett)

The book includes four landscape walks and 13 architectural walks, as well as a pullout companion map and index. It is available at Princeton University Store, 114 Nassau St., and Labyrinth Books, 122 Nassau St.