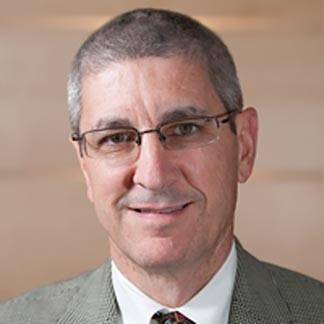 "We are delighted that David Sherry has agreed to become CISO at Princeton," Dominick said. "David is a highly capable and nationally respected IT security professional. He will provide critical leadership in our efforts to secure Princeton's information technology resources."

Sherry, who has 15 years of experience in information security management, has served as CISO at Brown since 2008. From 2001 to 2008, he was vice president for enterprise identity and access management and vice president for enterprise information security at Citizens Bank/Citizens Financial Group, in Providence, Rhode Island. He was also part of a security startup, Defendnet Solutions, which was one of the first managed network security firms in the country.

Sherry's career also includes 15 years with the United States Postal Service, where he was manager of information technology as well as operations support analyst and senior computer technology analyst.

The CISO will be responsible for developing University policy and strategy regarding matters of information security. As a member of the Office of Information Technology's (OIT) leadership team, the CISO will work with University leadership and with staff throughout Princeton.

The CISO will play a critical role in addressing the larger institutional issues of security policy and practice, data governance, risk assessment and business continuity as well as the compliance requirements that span the University. The CISO will recommend and monitor computing practices to prevent and recover from security breaches, and coordinate the handling of security incidents when such breaches occur.

"I'm excited to join Princeton's OIT as the chief information security officer," Sherry said. "It is an opportunity for me to take part in designing, strategizing and delivering a holistic model for security for the campus, and enable Princeton to be known as a leader in strategic information security across higher education. I have been impressed with everyone that I have interacted with, and I'm looking forward to working closely with all colleagues to increase security and reduce risk for the University community."

Sherry has served on several leadership and governance committees for Educause — a nonprofit organization for those working in IT in higher education. He is chair of this year's Educause Security Professionals Conference, which will be held in April.

Sherry earned a bachelor's degree in business management from Providence College and an MBA in management science from Northeastern University.