Suneetha Vaitheswaran, a senior leader in analytics strategy, systems consulting and data governance, has been named Princeton University’s first University Data Officer. She began in her new role on Feb. 28. 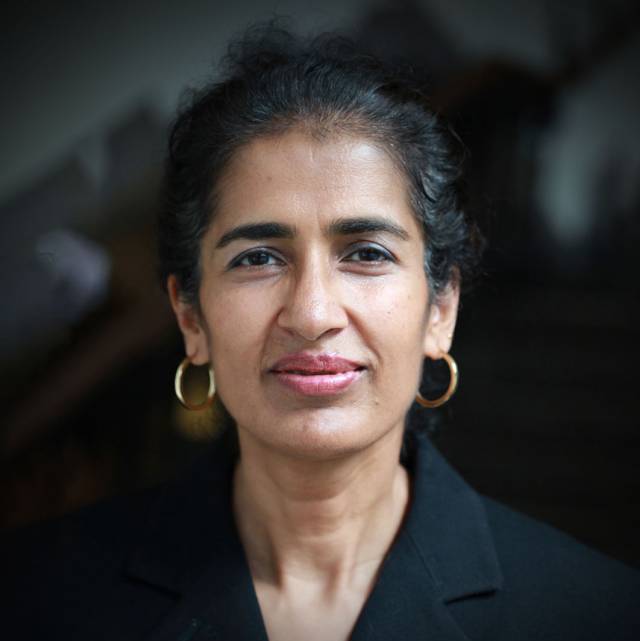 The University Data Officer is the senior university executive responsible for supporting the effective use of administrative data at Princeton, reporting to Jay Dominick, vice president for information technology and chief information officer, and Provost Deborah Prentice.

“The University Data Officer role is a new one at Princeton and in higher education more broadly,” Dominick said. “The creation of this role strengthens Princeton’s position and capabilities in areas that are important in our information-dependent world such as data governance, data strategy and data security. Suneetha comes to us with an impressive career in higher education leading important data initiatives. I look forward to working with her in developing Princeton’s future data infrastructure.”

Vaitheswaran, principal of Suneetha LLC since 2019, has held leadership roles at the interface of technology and business, with a focus on higher education, for most of her career. She served as executive director of analytics and business information solutions at the University of Chicago from 2016 to 2018. Prior to that, she was director of business information services at the university for more than eight years.

Vaitheswaran also worked with data systems at Northwestern University for more than a decade, first as a project manager from 1993 to 2004, then as assistant director of data warehousing from 2004 to 2007.

Princeton’s University Data Officer is the chief data strategist for the University and oversees the governance and policy infrastructure necessary to facilitate the use of administrative data for operational benefit and decision support. In this role, Vaitheswaran will work closely with Princeton’s data stewards, analysts, and with IT professionals responsible for data warehousing and reporting to build and sustain an enterprise data strategy that can help the University achieve its goals.

The University Data Officer will be a key player in establishing and sustaining a campus-wide data governance infrastructure that fosters a culture of trust and shared responsibility for the ethical use of administrative data for institutional strategic purposes.

“There’s an interesting pivot point happening at Princeton, which makes this position very exciting,” Vaitheswaran said. “There's an institutional focus on data and in regard to information systems and platforms, which is creating an opportunity to look at data more holistically, bring it together in more seamless ways, and incorporate processes to manage the data so that it can be used more effectively for strategic decision-making.”

Vaitheswaran, who has consulted previously for Princeton, also was employed as a systems engineer and semiconductor engineer at IBM early in her career.

She holds a bachelor of science in chemical engineering from Northwestern University.

Adams named director of Office of Research and Project Administration