Provost Deborah Prentice nominated to lead the University of Cambridge

Deborah Prentice, provost of Princeton University and the Alexander Stewart 1886 Professor of Psychology and Public Affairs, has been nominated to be the next Vice-Chancellor of the University of Cambridge. She would be the first American to fill the top academic and administrative role at the university, among the world's oldest, which was founded in 1209. 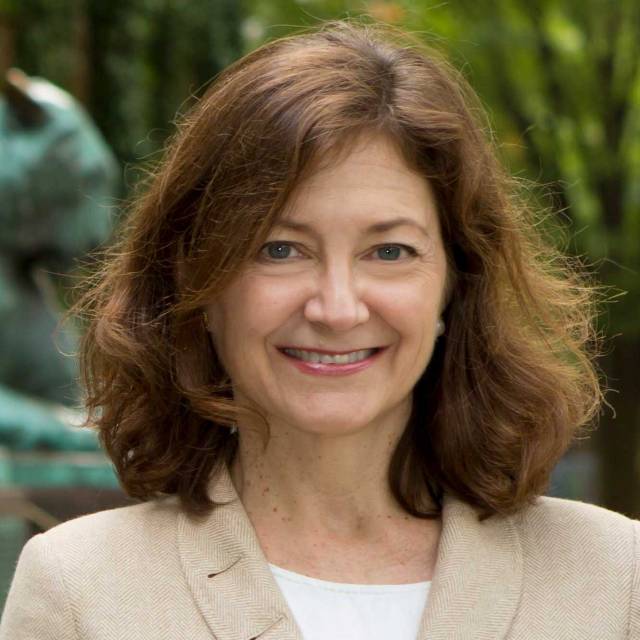 Her nomination by the Cambridge University Council for a seven-year term beginning July 1 will be considered Oct. 7 of this year by the Regent House, the body comprising Cambridge’s academic and senior administrative staff.

Prentice has spent her 34-year academic career at Princeton, the last five as provost. She was dean of the faculty from 2014 to 2017 and chair of the Department of Psychology for the 12 years prior.

“Debbie Prentice is a brilliant choice to be the next Vice-Chancellor of Cambridge University,” said Princeton President Christopher L. Eisgruber. “She combines wisdom, skill, collegiality, and scholarly values, and she has been a spectacularly good provost, dean, and department chair at Princeton.

Eisgruber added, “Debbie has played a critical role in many aspects of university life, including guiding it through the pandemic, redesigning our undergraduate financial aid and graduate stipend packages, strengthening the University’s academic quality, and making our community more diverse and inclusive. I am delighted by the prospect that she will lead another of the world’s great research universities.”

Prentice said her nomination to lead Cambridge is a “huge honor.”

“I welcome the challenge of helping Cambridge write the next chapter of its long and proud history,” she said. “Higher education around the world faces many challenges, but I firmly believe there are also great opportunities to demonstrate how our leading universities can together harness their expertise to solve global problems.”

A legacy of openness and expansion

As Princeton’s chief academic officer and chief budget officer, with special responsibility for long-range planning, Prentice has ensured the continued vitality of Princeton’s academic mission and its long-term financial security. She will leave a campus transformed by the many strategic initiatives she has helped lead, including nearly 20 stemming from the University’s 2016 strategic planning framework.

Among these are expansion of the undergraduate student body, the creation of a new Princeton University Art Museum, and the strengthening of the University’s oversight of and partnership with the Princeton Plasma Physics Laboratory. PPPL is a U.S. Department of Energy lab focused on the study of fusion energy.

She has also been directly engaged in the creation of several key centers, including the Emma Bloomberg Center for Access and Opportunity, a new Princeton branch of the Ludwig Cancer Institute, and the High Meadows Environmental Institute.

“I’m proud of having brought people closer to the University, I’m proud of all the people I’ve hired and who are doing wonderful jobs,” she said. “I’m thrilled with the financial aid and graduate stipend increases. As provost, I wanted to make Princeton more open to the world, more legible to the world and more connected.”

Prentice has strengthened Princeton’s partnership with the Mpala Research Centre, a research station in Kenya. She increased her office’s support for global initiatives and for diversity, equity and inclusion programming, in addition to launching a major initiative to expand the University’s support for innovation and entrepreneurship. More recently, she has led the early development of an initiative that will extend a Princeton education to adult learners from underserved populations.

A professor “first, last and always”

Having spent 25 years as a psychology professor, Prentice said she still sees herself as an academic “first, last and always.”

A psychologist who studies social norms and whose research has focused on gender stereotypes, intimate partner violence and excessive alcohol use, among other areas, Prentice became the Alexander Stewart 1886 Professor of Psychology in 2008. In 2012, she was named the Alexander Stewart 1886 Professor of Psychology and Public Affairs when she received an additional appointment to the Princeton School of Public and International Affairs.

She received Princeton’s President’s Award for Distinguished Teaching in 1994 and was a visiting professor at New York University, the Institute for Advanced Study and the University of Paris Descartes.

Prentice said it is difficult to imagine leaving Princeton, having spent her entire adult life on its campus, but that she looks forward to “a great new adventure.”

“I’ll always love Princeton,” she said. “I have many, many friends here. I look forward to returning and to welcoming people to visit me in Cambridge.”