Sanjeev Kulkarni, dean of the Princeton University Graduate School and a professor of electrical engineering, has been appointed dean of the faculty effective July 1. 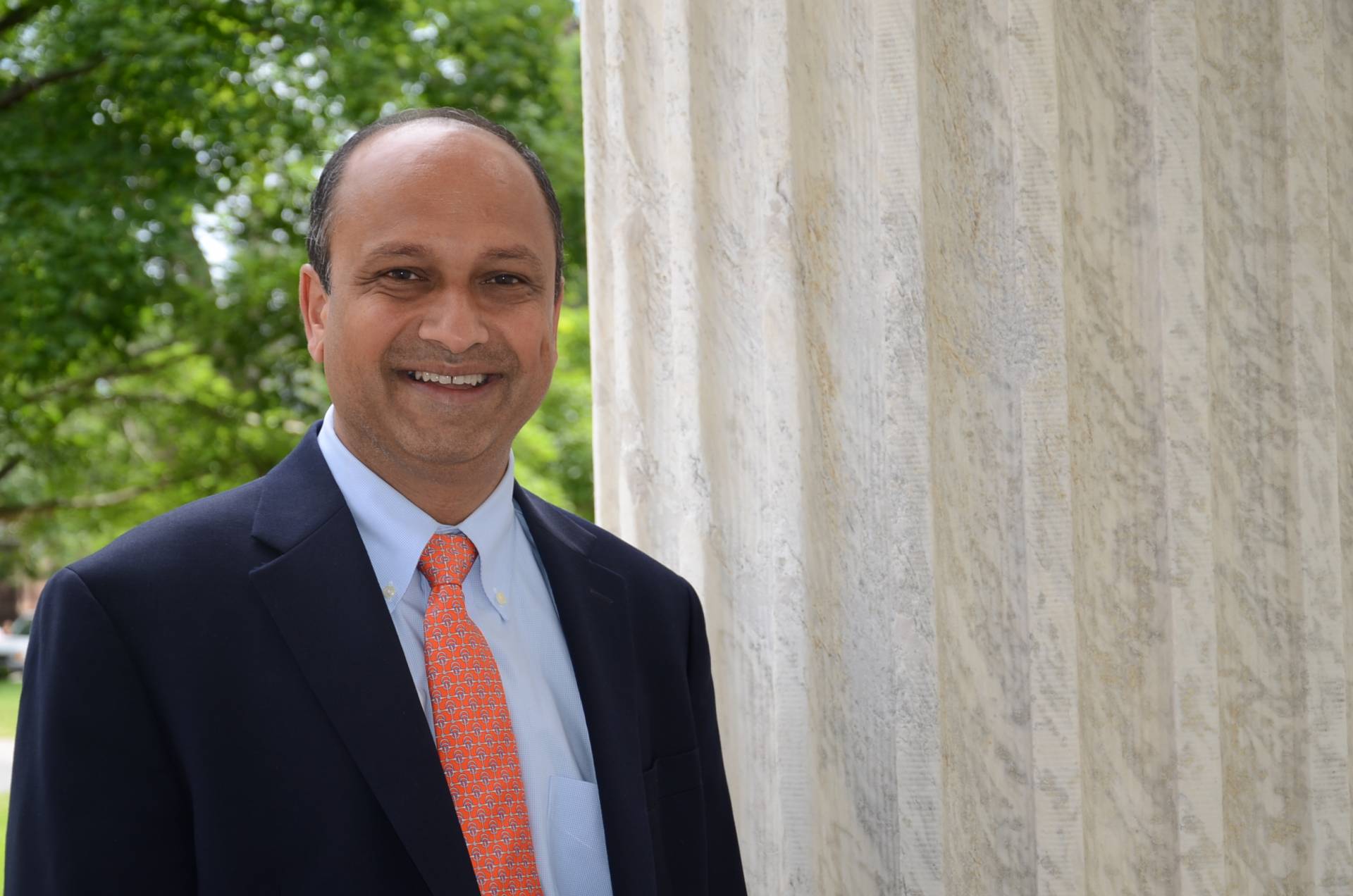 Sanjeev Kulkarni, dean of the Princeton University Graduate School since 2014 and a professor electrical engineering, has been appointed dean of the faculty effective July 1.

Photo courtesy of the Graduate School

President Christopher L. Eisgruber recommended the appointment, which the Board of Trustees approved at their June 5 meeting. Kulkarni will succeed Deborah Prentice, who will become University provost on July 1.

"Sanj Kulkarni has served with distinction as dean of the Graduate School, and I am delighted that he has agreed to take on this new role," Eisgruber said. "His own interdisciplinary research, his wide-ranging service to the University and his leadership of the Graduate School have given him a deep appreciation for the values shared throughout our University and the scholarly practices that distinguish our departments.

"Sanj is a wise counselor and an effective administrator who is dedicated to ensuring our faculty’s quality and well-being. I am confident that he will be an excellent dean of the faculty," Eisgruber said.

Kulkarni said he is delighted to have the opportunity to serve the University in this new role. “Faculty are the foundation of any great university, and it will be a pleasure and an honor to work with and support Princeton’s outstanding faculty. I look forward to working with scholars, teachers, and researchers across the full range of academic departments and programs at the University,” he said.

As dean of the Graduate School, Kulkarni led the strategic planning Task Force on the Future of the Graduate School, implemented a sixth-year funding program for graduate students in the humanities and social sciences, and with the dean for research implemented tuition matching funds for faculty who support fourth- and fifth-year graduate students on sponsored research.

Under Kulkarni’s leadership, the Graduate School created an assistant dean position for professional development and developed a number of new programs including the University Administrative Fellows, opportunities for collaborative teaching between Princeton faculty and graduate students, and a partnership with Mercer County Community College to provide teaching opportunities and mentorship for Princeton graduate students.

Over the past three years, the Graduate School also increased the diversity of entering graduate student cohorts, enhanced student life activities, boosted the integration of graduate students into the University community, and advanced discussions on housing for graduate students as part of the University’s campus planning effort. Kulkarni has also been active in alumni engagement, hosting events on campus and visiting alumni groups across the country and abroad.

Kulkarni has had a distinguished career as a researcher, educator and administrator at Princeton, where he joined the faculty in 1991. He served as associate dean for academic affairs in the School of Engineering and Applied Science from 2003 to 2005; was the head of Butler College, an undergraduate residential college, from 2004 to 2012; and from 2011 to 2014 was director of the Keller Center, which has the broad aim to “educate leaders for a technology-driven society.”

Kulkarni received an Army Research Office Young Investigator Award in 1992, and a National Science Foundation Young Investigator Award in 1994. He has also received several teaching awards at Princeton, including the President's Award for Distinguished Teaching in 2007, and seven awards from the Undergraduate Engineering Council for courses on computer vision, image processing, and signals and systems.

Kulkarni is a fellow of the Institute of Electrical and Electronics Engineers (IEEE), and he has served as an associate editor for the IEEE Transactions on Information Theory. He is on the Board of Trustees for Clarkson University.

He has served as a trustee of Princeton University Press, and has been on the Healthier Princeton Advisory Board, the Frist Campus Center Advisory Board and the Alcohol Coalition Committee. He currently serves on the Sustainability Steering Council, the faculty advisory committee for Labyrinth Books and the Princeton Entrepreneurship Council.

Prentice, Princeton’s Alexander Stewart 1886 Professor of Psychology and Public Affairs, was named dean of the faculty in 2014 after serving for 12 years as the chair of the Department of Psychology. As provost, she will succeed David S. Lee, a professor of economics and public affairs who is returning to the faculty.

Prentice will lead a committee to search for a successor to Kulkarni, and its work will begin immediately. During the interim, Cole Crittenden, deputy dean of the Graduate School, will serve as acting dean.