Exploring some of Princeton's hottest and coolest spots

From icy Lake Carnegie in winter to the super-charged fusion facilities of the Princeton Plasma Physics Laboratory, the Princeton campus has many temperature variations.

These extreme temperatures occur in academic settings, dining halls, and the day-to-day activities of the University's community members. Many are hidden away in labs, basements, kitchens and other spots rarely seen even by those who know the campus well.

Below, view pairings of scientists, students and staff exploring some of Princeton's hottest and coolest elements. 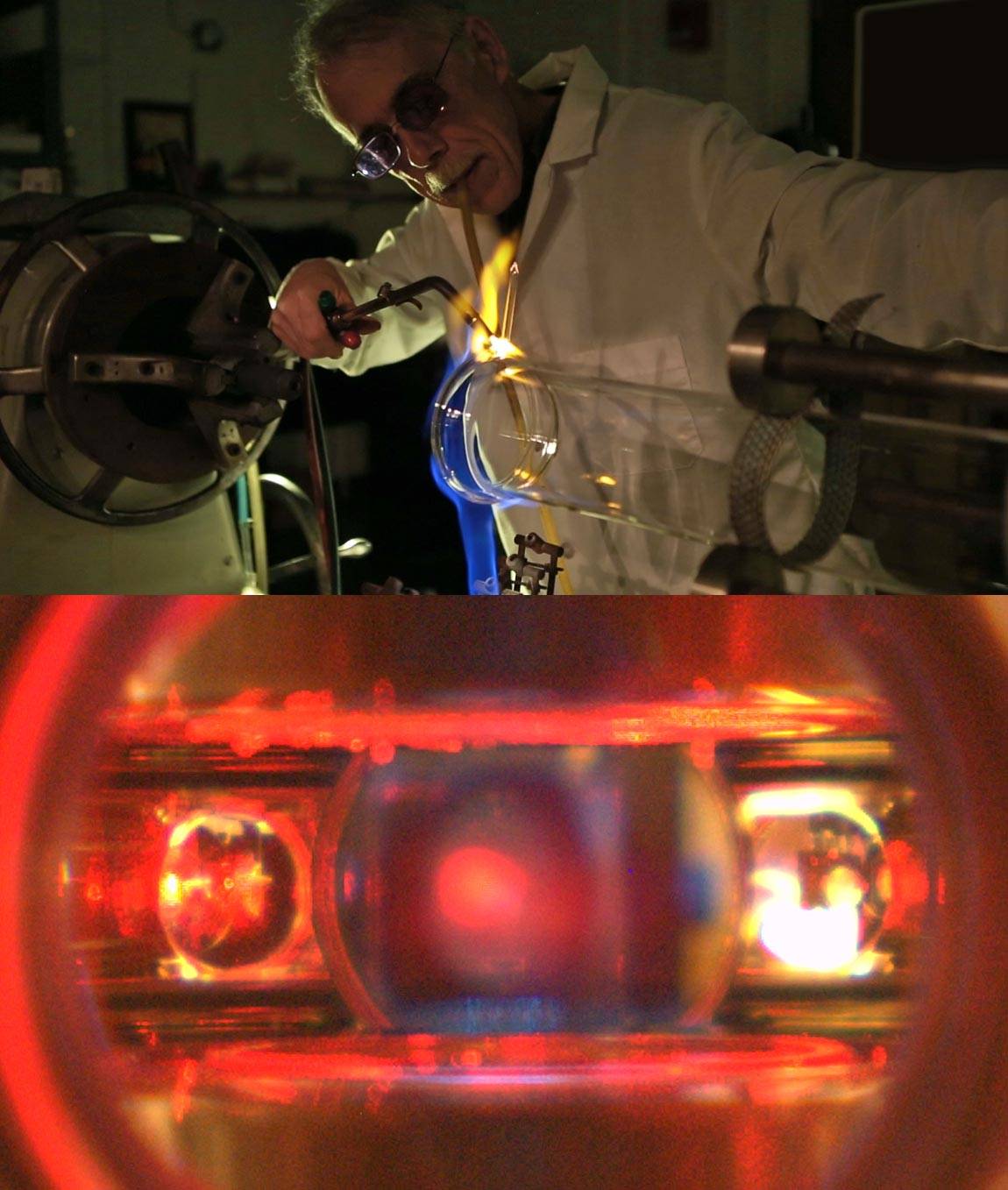 (Photo of Michael Souza from Denise Applewhite, Office of Communications; photo of atoms by Waseem Bakr, Department of Physics)

Hot: Scientific glassblower Michael Souza, who works for Princeton's chemistry department, makes final additions to a large-volume medical polarizer that produces hyperpolarized noble gas. The gas is used in MRI machines to study pulmonary function for drug development by the pharmaceutical industry. Said Souza: "Scientific glassblowing involves flameworking high-temperature glasses using a variety of torches capable of producing flames in the 5,000-degree-Fahrenheit temperature range. The rubber hose is attached to the opposite end of the piece I'm working on, and it's used to blow or inflate melted areas of the glass that softens into a liquid state at around 2,300 degrees Fahrenheit."

Cold: "This photo shows ultracold lithium atoms held in a magneto-optical trap," said Peter Brown, a graduate student in the lab of Assistant Professor of Physics Waseem Bakr. "These atoms are cooled using lasers to roughly 200 micro Kelvin, which is only 0.0004 degrees Fahrenheit above absolute zero, or about -459.67 Fahrenheit. That's colder than interstellar space! In the Bakr lab, we cool lithium atoms down to even colder temperatures to study quantum properties of matter, such as superfluidity. There are many open questions about strongly interacting matter at ultracold temperatures, and we are working on addressing several, including how this matter behaves when confined to only two dimensions." 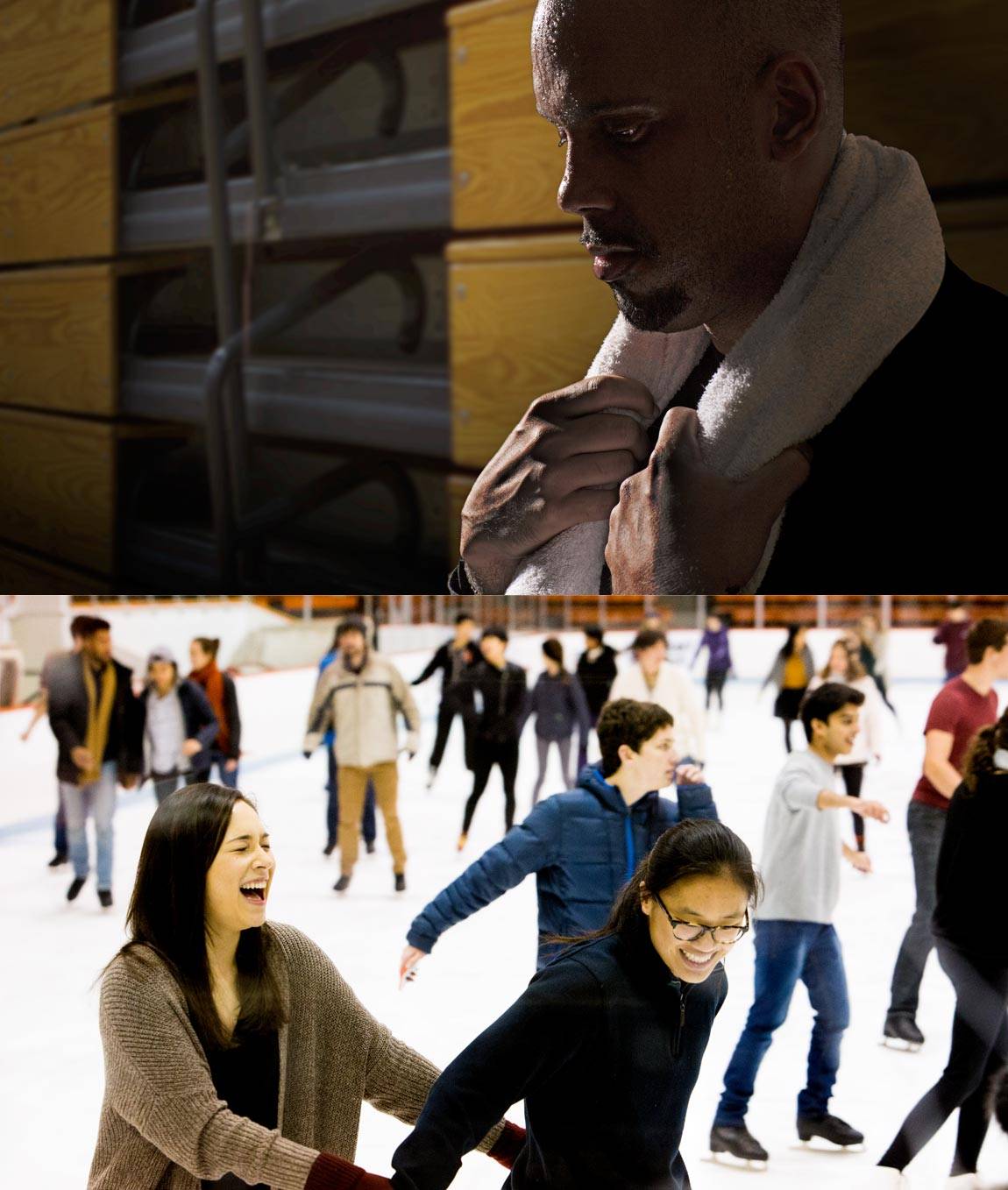 Hot: Andrew Brown, evening manager and personal trainer at the University's Stephens Fitness Center, cools down after a workout. Brown, who played multiple sports in high school and football in college, works out often at the 8,000-square-foot fitness center.

Cold: Students enjoy a night of ice skating in January at the University's Baker Rink. Baker Rink is home to the Tigers men's and women's ice hockey teams and serves as the venue for club and intramural hockey teams, intramural broomball, figure skating and recreational skating. 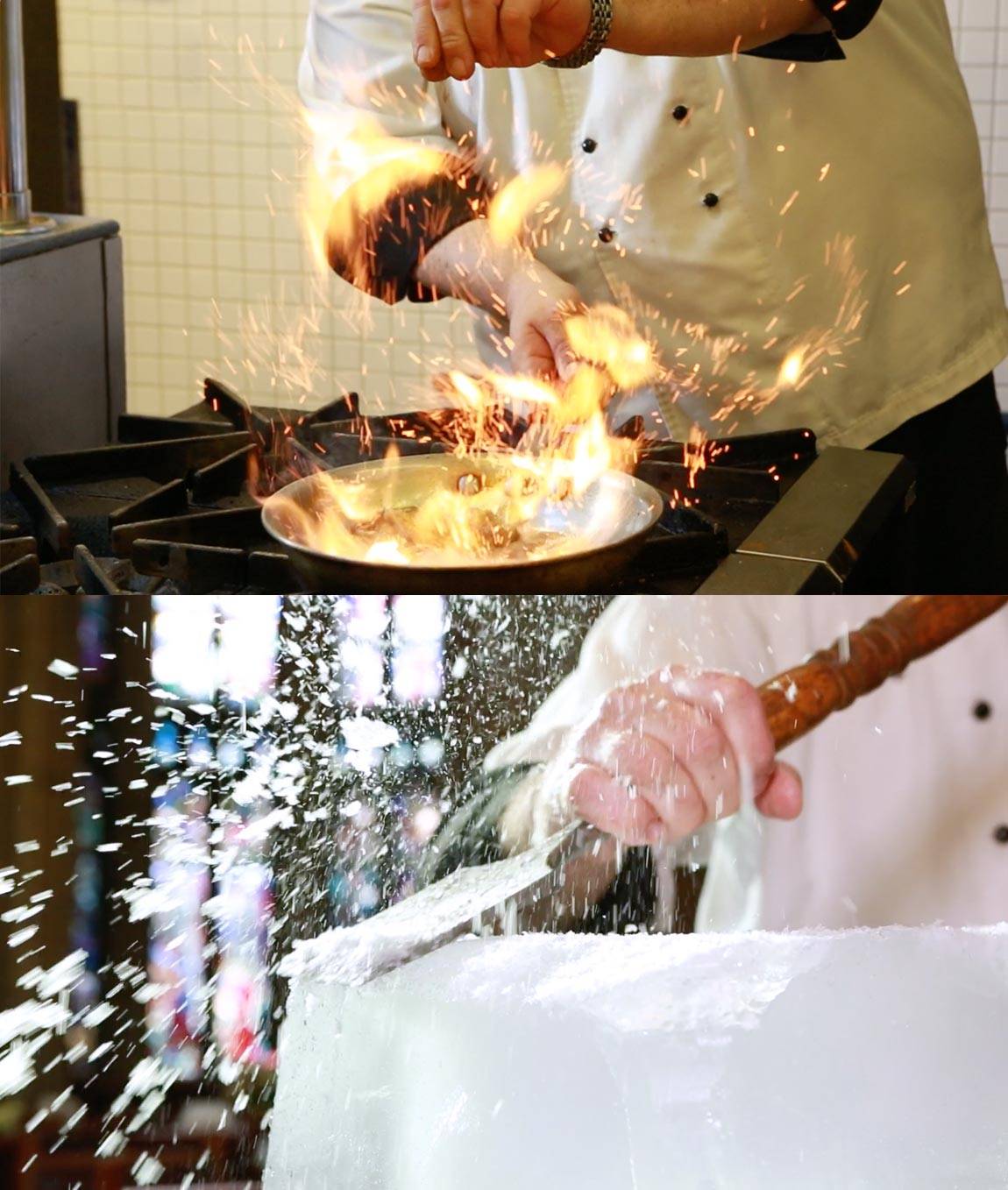 Hot: "Our team of chefs does several 'Chef's Tables' throughout the year," said Executive Catering Chef Jerry Luz. "One is a dessert station we run up at the Grad College on the weekends. It is Bananas Foster — a classic. Warm dessert is just perfect to warm the students on these chilly nights. It's made by sautéing bananas in butter and brown sugar, deglazing with banana-flavored rum — cooking off the liquor through the flambé process — and sprinkling cinnamon over the top. The cinnamon creates a sparkle effect as it comes in contact with the flame and floats into the air. It is poured over vanilla ice cream and enjoyed."

Cold: Executive Chef Rob Harbison begins work on a block of ice for a holiday dinner at the Graduate College's Procter Hall. Said Luz: "Massive blocks of ice can be carved as decorative pieces for buffets and receptions. They are very fragile, and the art in making them is that the melting of the ice has to be considered when designing the sculpture — too thin and fragile and it will break before it is enjoyed by the guests. I ended up making this one into a sled. I used an electric chain saw to carve out the rough shape and highly honed Japanese ice chisels for the details. It is a cold and wet process."