Communiversity, an annual celebration that brings Princeton University and the town of Princeton together for a day of performances, food, games and fun, drew tens of thousands on Sunday, April 17.

Six stages — located on campus, Nassau Street, Witherspoon Street and Palmer Square — featured dance and musical performances from 1 to 6 p.m. In addition, the event included more than 200 booths of food stalls, arts and crafts vendors, and area non-profit organizations and local merchants, as well as parked fire trucks and ambulances for children to explore. Communiversity is presented by students at the University and the Arts Council of Princeton.

Below, view some of the highlights of the day, with a focus on student performances, through the images of University photographer Denise Applewhite. 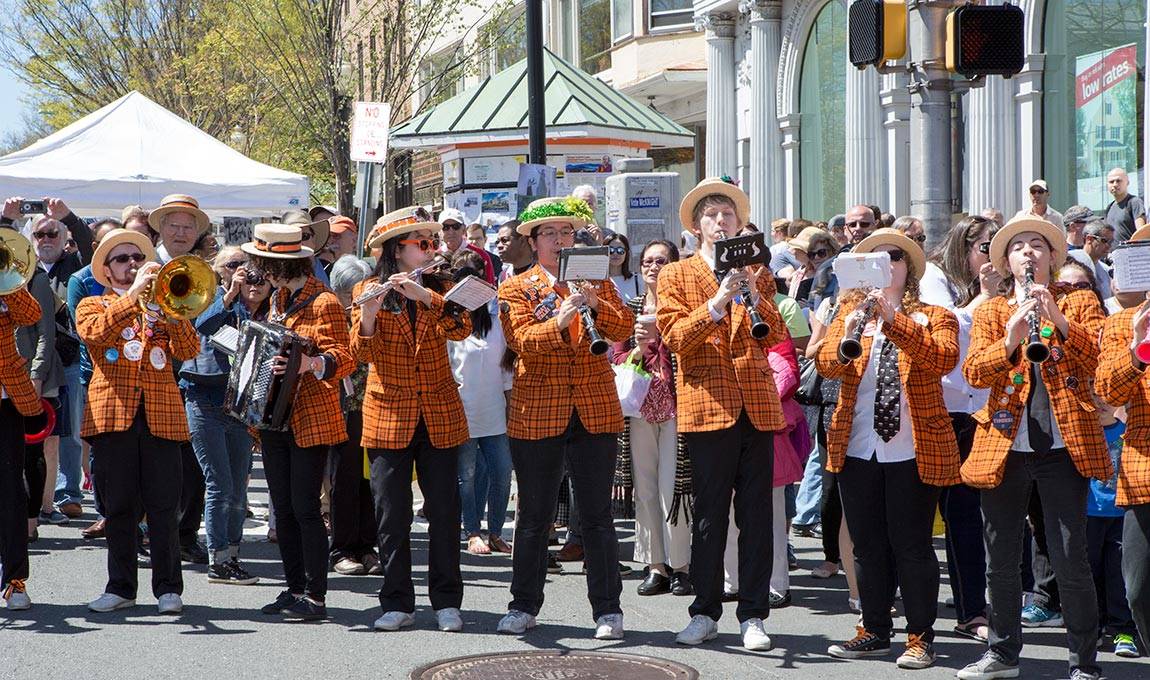 The Princeton University Band, a fun-loving scramble band, shows off its school spirit as it kicks off Communiversity, an annual town-gown festival that draws thousands to the area for student performances, food, games and fun. 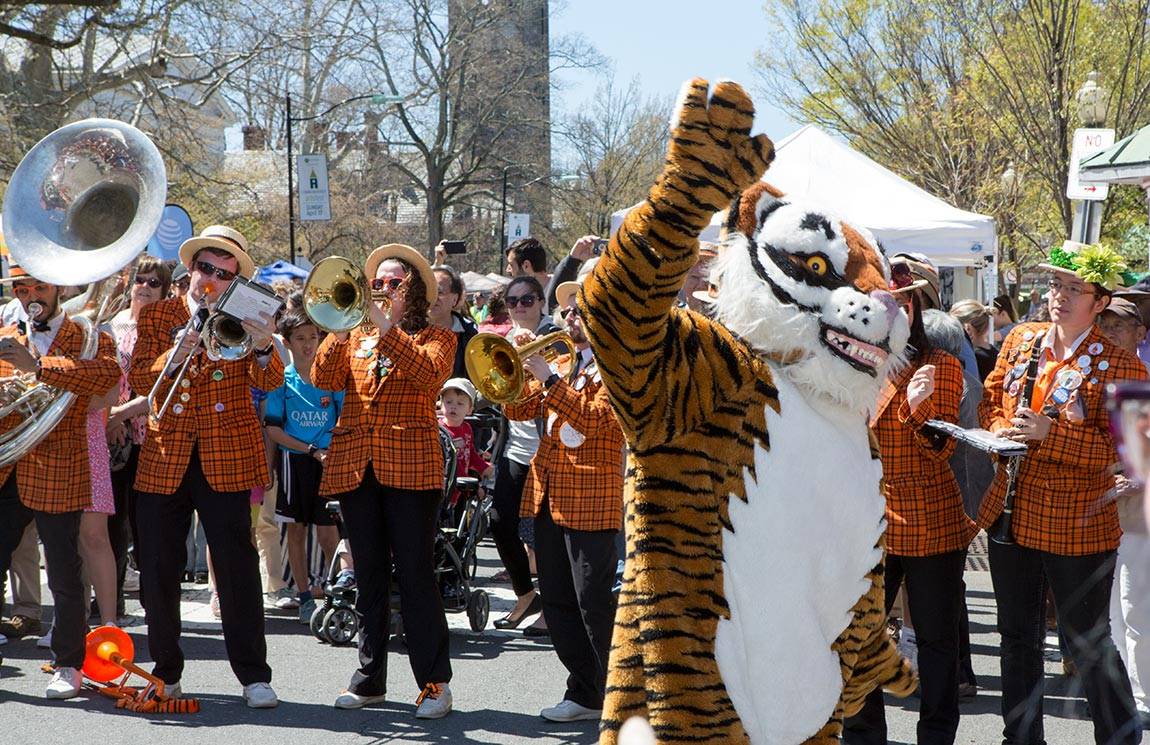 The Princeton Tiger mascot joins the Princeton University Band for its performance on Nassau Street. 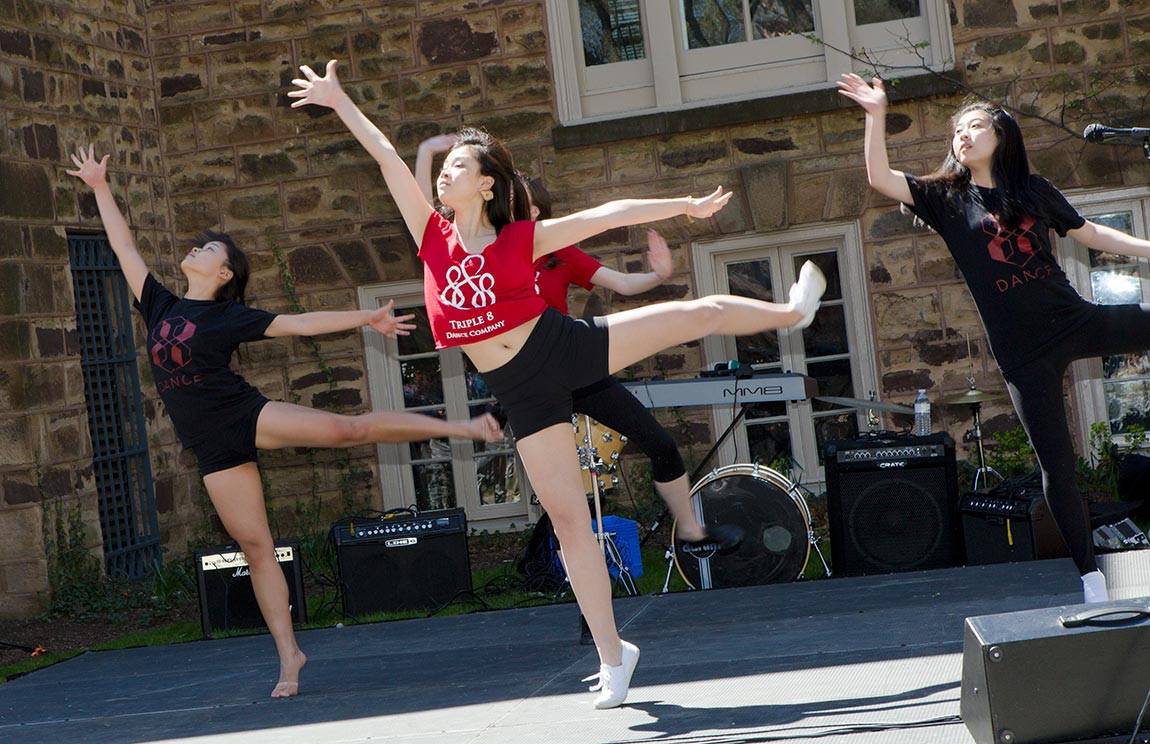 Triple 8 Dance Company, which performs a variety of styles including traditional Asian dances and martial arts, is one of many University student dance groups that performed at Communiversity. 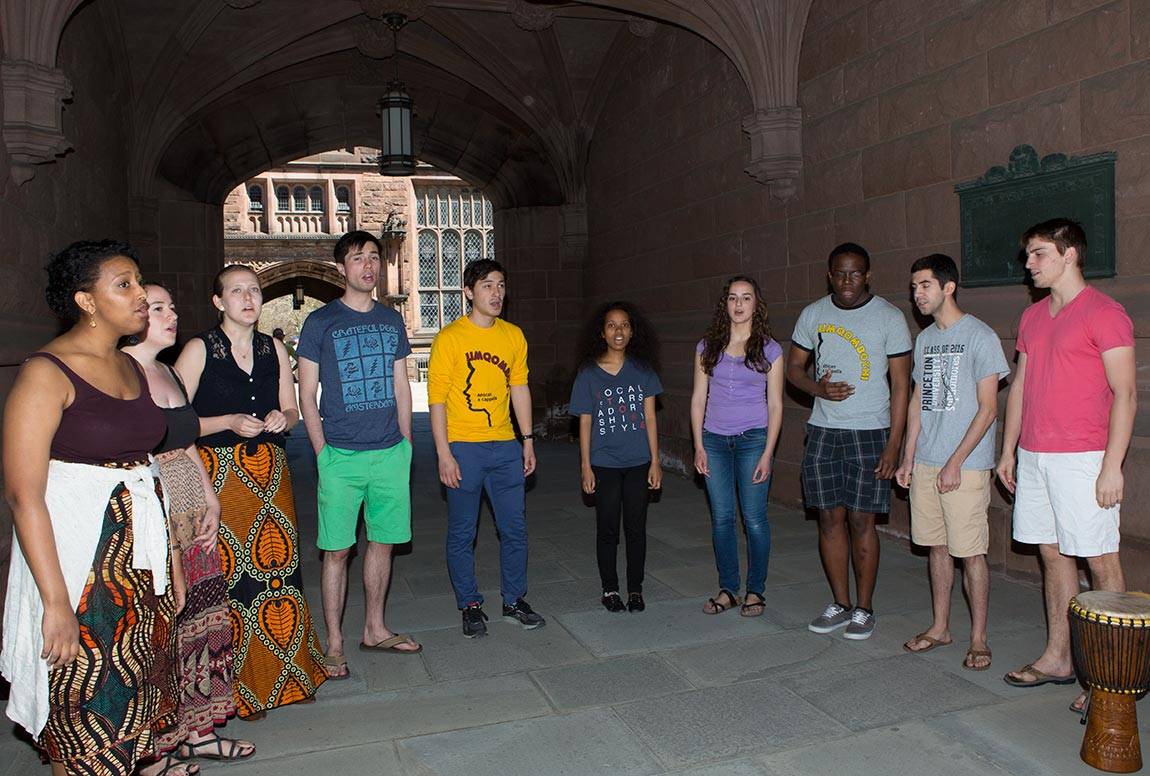 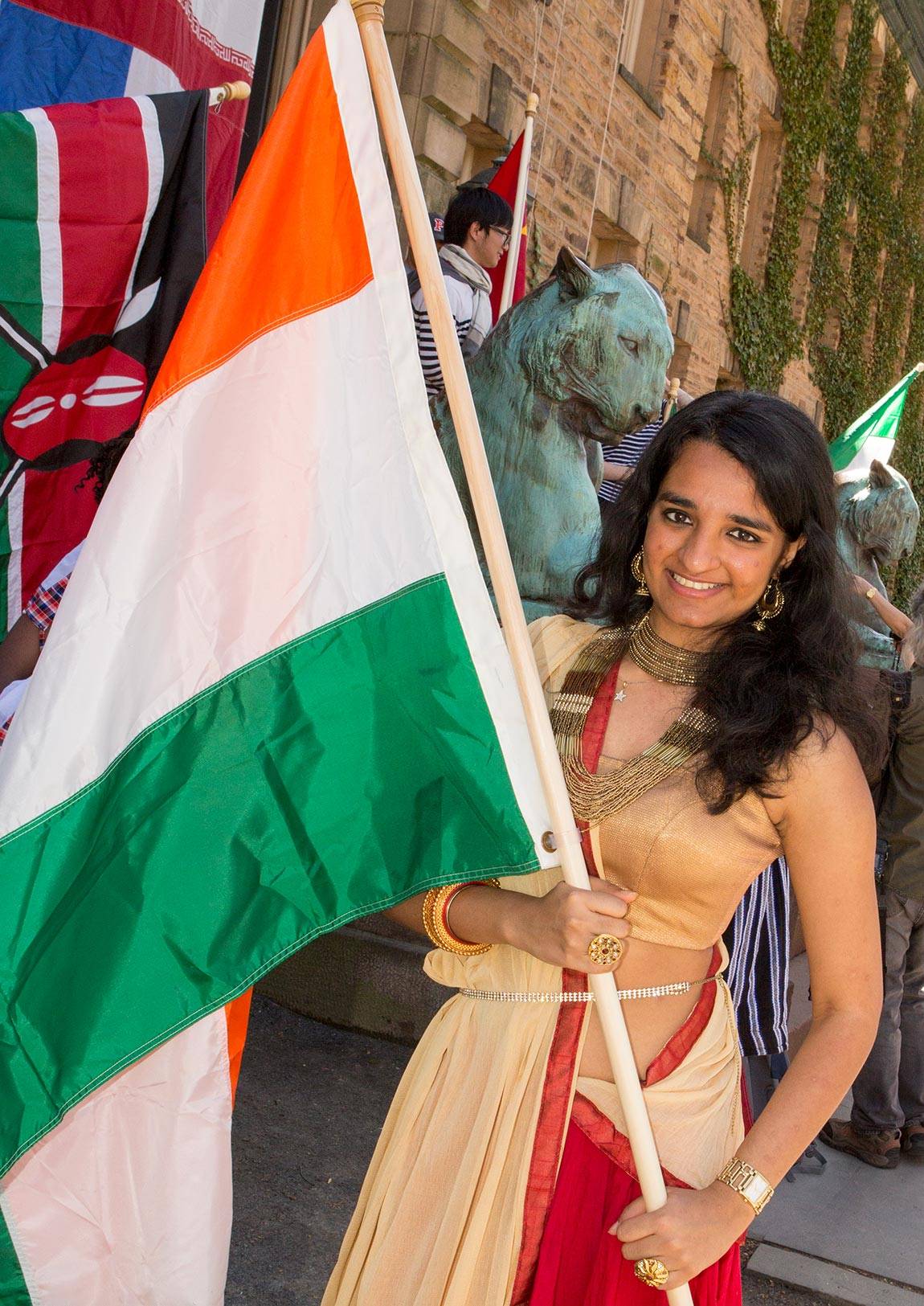 Sophomore Shriya Sekhsaria poses with the Indian flag before participating in the International Parade of Flags on Nassau Street. 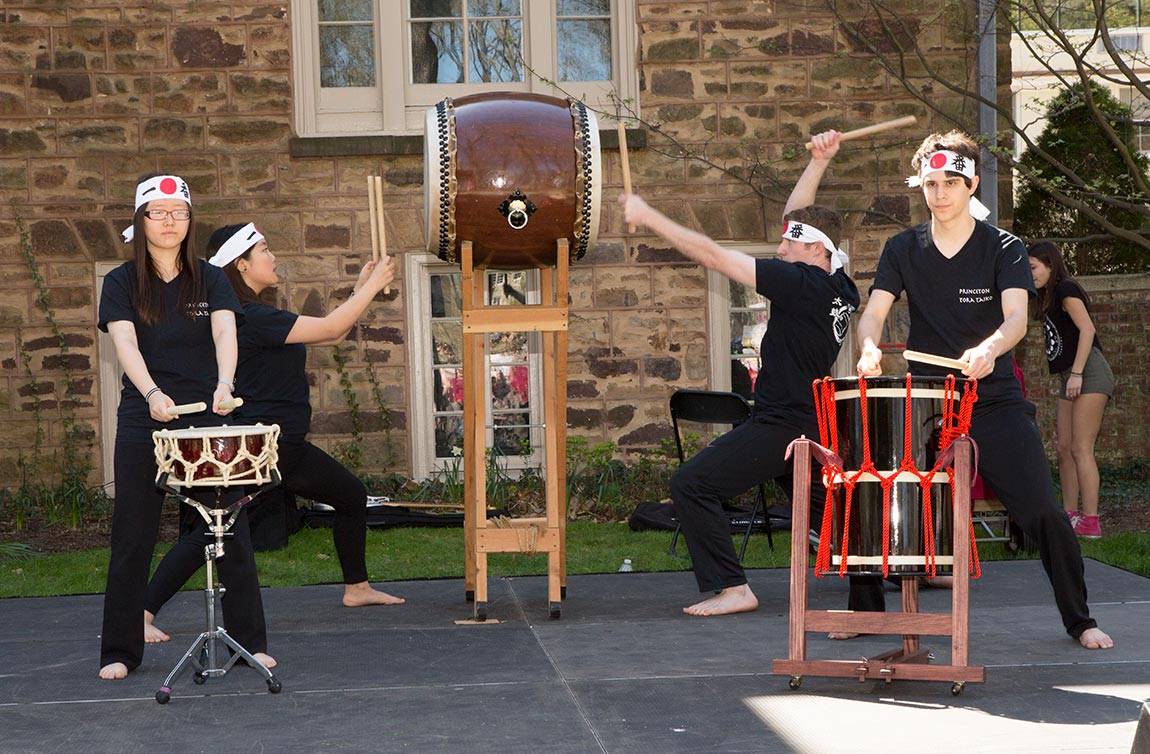 Princeton Tora Taiko demonstrates the art of Japanese drumming during their set near the University's Stanhope Hall. 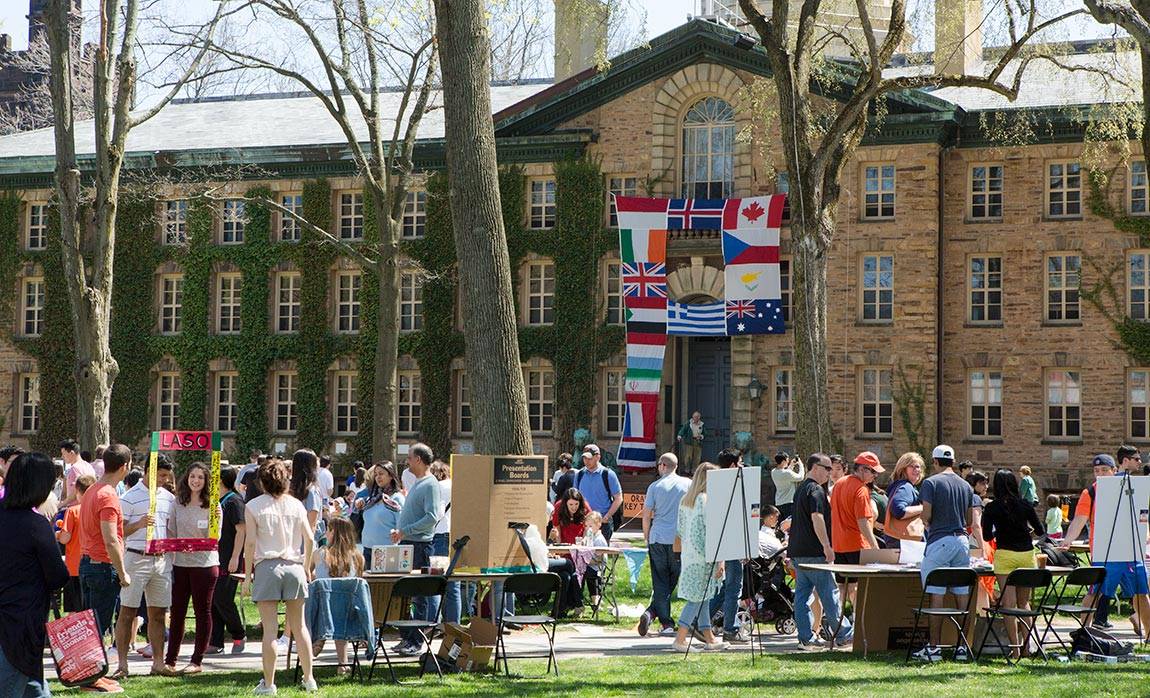 The front lawn of Nassau Hall, facing Nassau Street, was filled with booths and activities for all ages, such as a contest for art with sustainable themes or materials.

Striking a chord for Communiversity

Communiversity brings town and gown together

Town and University come together for Communiversity Artsfest