by Susan B. Higgins, Woodrow Wilson School of Public and International Affairs

Every year citizens flee their homelands to escape political instability, violent conflicts, environmental degradation and grinding poverty. In 2015 alone, roughly 1 million migrants sought a more secure future within the European Union. Over the past few months, students in a Princeton University undergraduate policy task force have been studying the challenges EU leaders face in dealing with the migrant influx — and developing potential solutions.

The task force represents the most distinctive feature of the Woodrow Wilson School of Public and International Affairs' undergraduate program and is different from a course, seminar or independent work in other departments. Task force work is often modeled on the way research is done by government staff. The group as a whole is charged with tacking a policy issue, and each student writes a research paper on one aspect of the larger problem. These individual papers satisfy the University's junior independent work requirement. 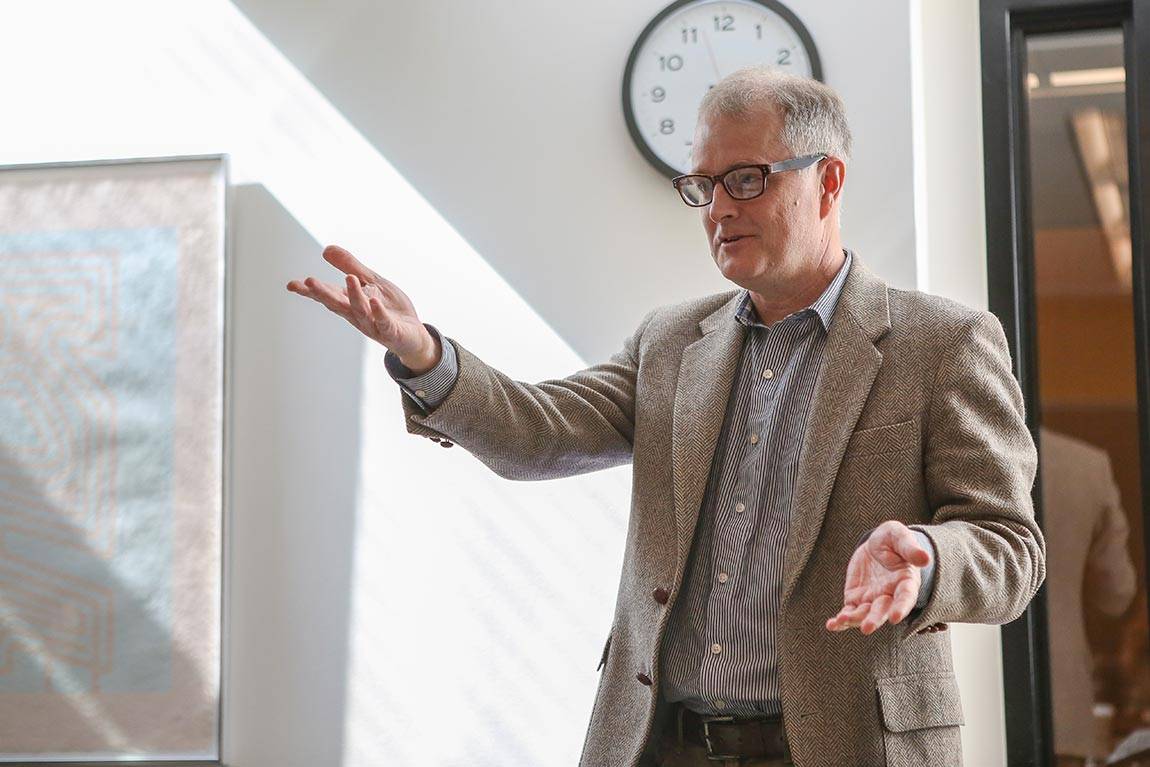 The spring policy task force, "The Migrant Crisis in Europe: The International Response," offered by Princeton's Woodrow Wilson School of Public and International Affairs, is led by Doug Mercado, a visiting lecturer in public and international affairs who earned a Master in Public Policy at the University. Mercado, who has worked in the field of international disaster assistance and post-conflict recovery for most of the past 25 years, often shares stories with the class about his experiences working with refugees and others displaced by crises. (Photos by Noel Valero for the Office of Communications)

Students in the task force "The Migrant Crisis in Europe: The International Response" were asked to examine ways in which EU leaders and other international stakeholders could successfully address the humanitarian concerns caused by the migrant flow, while ensuring the economic and political stability of EU member nations. Leading this effort was Doug Mercado, a visiting lecturer in public and international affairs who earned his Master in Public Policy from the Wilson School in 2007.

Mercado has worked in the field of international disaster assistance and post-conflict recovery for most of the past 25 years. He has managed humanitarian relief operations and refugee assistance programs with the United Nations, U.S. government and nongovernmental organizations in more than a dozen countries.

"I wanted to engage Princeton students on the growing global challenges linked to forced migration," Mercado said. "Multiple stakeholders with distinct interests offer widely varying solutions. For those students who might want to work in the field of migration, refugee affairs or humanitarian assistance, this task force provides an opportunity to examine the consequences of forced migration at the individual, community, national and international levels." 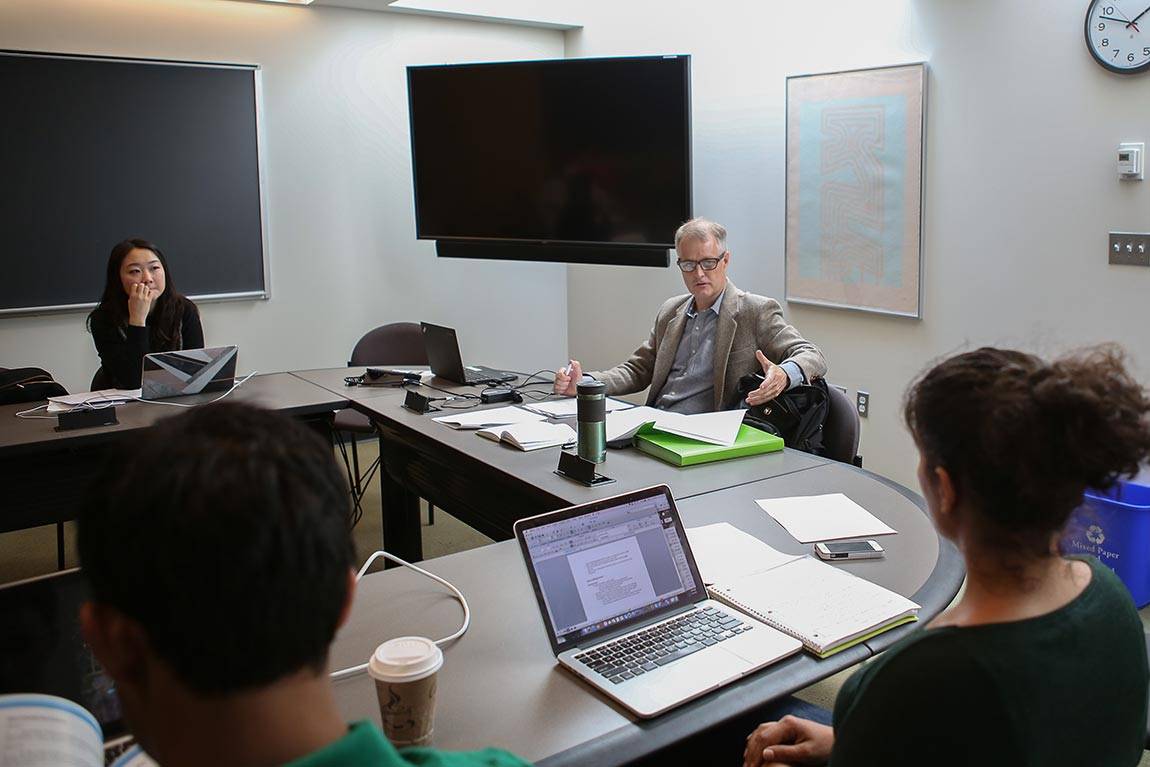 Class discussions focus on the many complex challenges caused by the migrant crisis, including ways in which European Union leaders and other international stakeholders can successfully address the humanitarian concerns caused by the migrant flow, while ensuring the economic and political stability of EU member nations.

Because the issues facing migrants, EU leaders and other actors are constantly evolving, task force members were required to monitor the news media each week for stories about the developing crisis. Students then gave quick presentations in class, summarizing what they had learned.

"I really liked the weekly updates," junior Salwa Ahmad said. "It forces you to keep up with the news. Now, I find myself keeping up with other news stories, following different conflicts. I think that's important. I really enjoy that."

Students analyzed how EU member states are working to differentiate between "economic migrants" and "refugees." The former come to Europe seeking the economic advantages offered there, and their resettlement within the EU is traditionally carefully controlled. "Refugees" are those with a well-founded fear of persecution who arrive seeking asylum on humanitarian grounds. For these individuals, the EU applies a separate screening process.

The EU's Dublin Regulation requires asylum seekers to be registered and file an asylum application with the EU member state they first enter. This regulation is the subject of significant discord within the EU. The leaders of Greece and its fellow EU border states are increasingly vocal in their demands for other EU member nations to accept a significant number of asylum seekers, sharing in the effort to afford them protection, host them and provide for their needs. 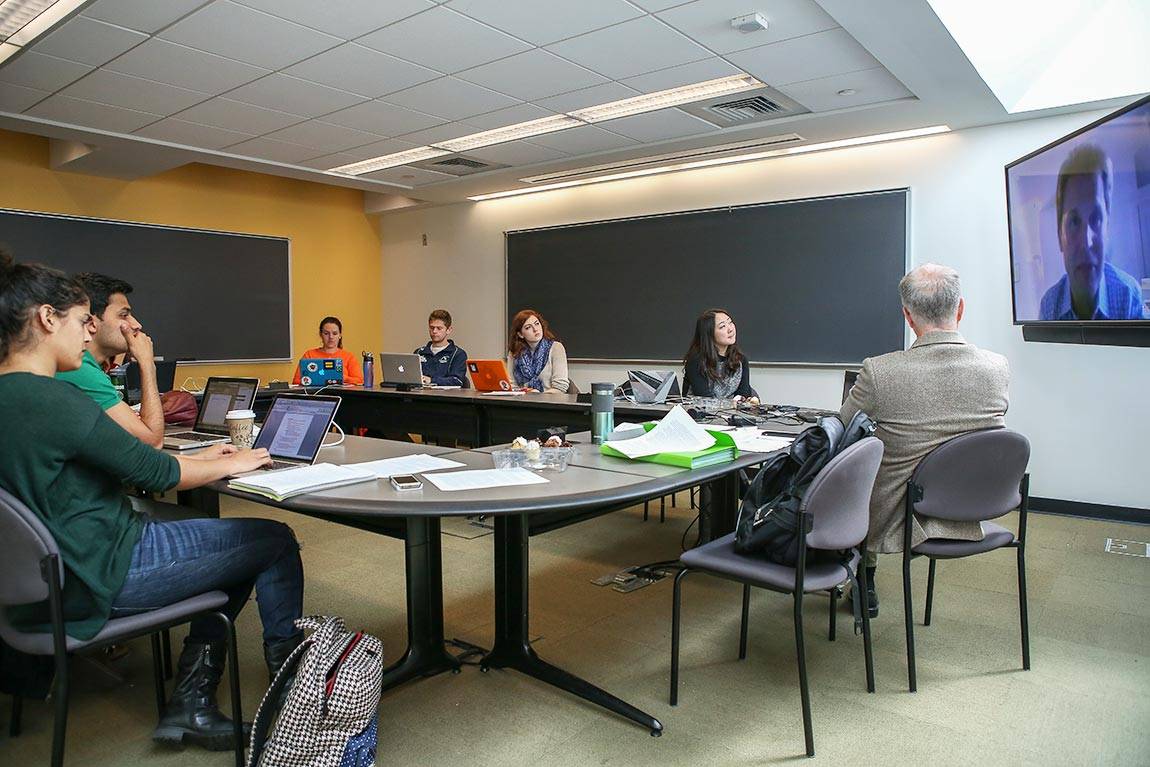 Students were given the opportunity to interact via Skype with several different guest speakers possessing firsthand knowledge of the European migrant crisis, including Griff Witte, London bureau chief for the Washington Post and a 2000 Princeton alumnus.

As the students worked to gain a clearer understanding of the issues, Mercado shared stories with them about his experiences working with refugees and others displaced by crises. He also arranged for the class to have several opportunities to interact with guest speakers possessing firsthand knowledge of the EU migrant crisis.

"We had a chance to Skype with two refugees, talk with two people on the nonprofit side, and we had an EU official also come in," junior Haider Abbas said. "That gave us very different perspectives on various aspects of the crisis."

"The most moving interaction for me was Skyping with the refugees," junior Hayley Roth said. "I think that really struck me on an emotional level because these two boys were three or four years younger than I am, but they seemed like they were 10 years older. They lived through things I couldn't possibly imagine. They were on their own. Their parents just said, 'Go. See if you can make a life for yourself.'" 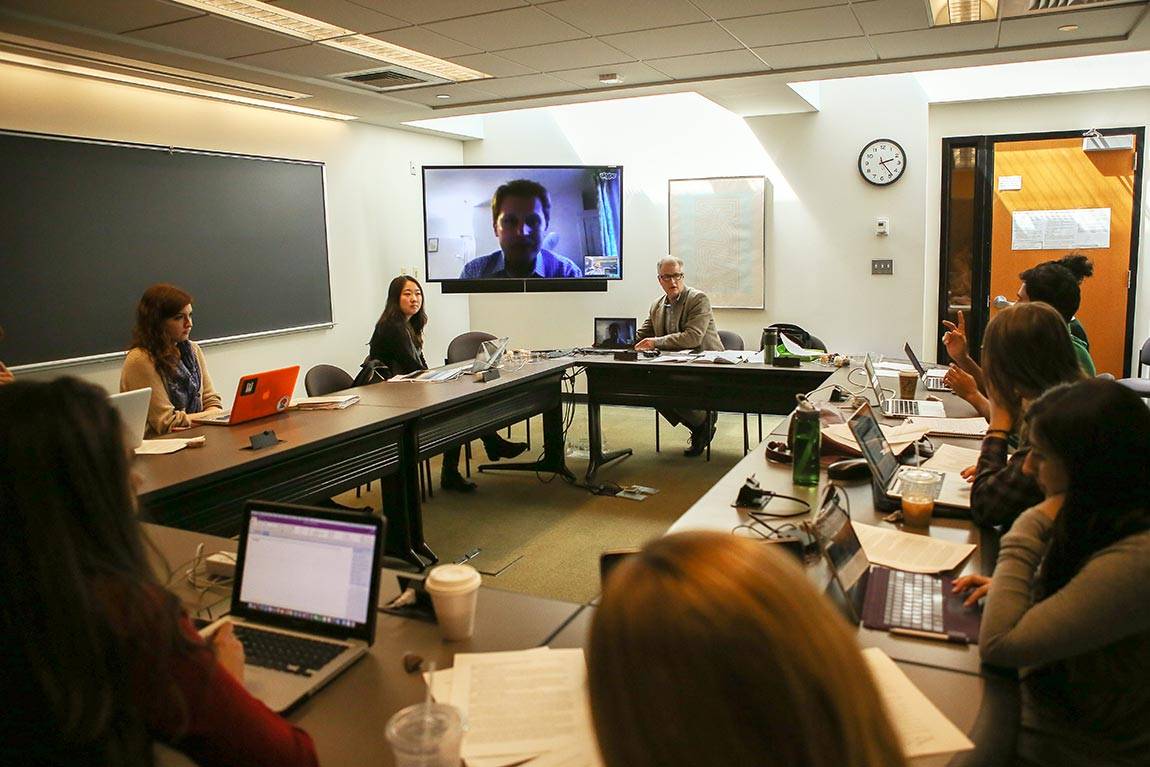 During their Skype discussion with Witte, students questioned him about European fears regarding migrants and terrorism, the increasing number of women and children who are joining the migrant flow, and the impact a changing political scene within Europe is having on the EU's ability to address the migrant crisis.

Each junior in the class, working in consultation with Mercado, selected one aspect of the migrant crisis to focus on in their individual research paper. They shared their findings in a class presentation, proposing recommendations on how the EU and other stakeholders could better deal with the crisis in the future.

"I really enjoyed how engaged everyone in class was when we gave our presentations," Ahmad said. "Throughout the presentations there were questions, feedback. It was so great to see everyone's interest, everyone's willingness to help their peers."

"The students have demonstrated a clear concern for the welfare of migrants and refugees heading towards Europe and have been eager to address the humanitarian dimensions of this crisis," Mercado said. "Questions around moral responsibilities and human ethics were constantly discussed in the class. I think that it's refreshing to see students put the ethical aspects of a crisis at the heart of policy discussions."

After completing their individual papers and class presentations, students worked together to combine their recommendations into a joint policy report. The class will travel to Washington, D.C., on May 6 to present their findings to EU delegation members.

"I'm excited that we are actually going to be in the real world with people who are making policy decisions," Roth said.

"I am interested in hearing the EU officials' response to our recommendations," Abbas said."Presenting to them is a great opportunity to get feedback on our work."