Q&A: What does the vote for 'Brexit' mean for Britain and the EU?

by By B. Rose Kelly, Woodrow Wilson School of Public and International Affairs 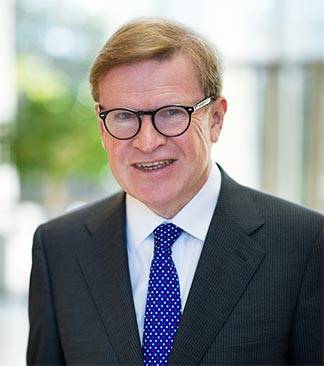 On June 23, Britain voted to leave the European Union, opening a historic new chapter filled with questions. Harold James, the Claude and Lore Kelly Professor in European Studies and a professor of history and international affairs at Princeton University, commented on the immediate outcome of Britain's stunning "Brexit."

Question: Are these results what you expected? What do you think made voters lean in this direction?

Answer: No, I didn't expect it, though deep down I feared this outcome. The British vote for Brexit is the outcome of a vote against established opinion, against the political class and against the experts. Indeed in the course of the campaign, "expert" became a dirty word, a term of abuse. Almost every economist warned about the consequences of Brexit and the likelihood of an immediate and severe shock. More extraordinarily, political scientists produced arguments about why Brexit was impossible. George Soros explained rightly that a vote to leave the EU would produce a financial meltdown. British football club bosses explained that British clubs were better off in Europe. The political debate appropriated the view of the experts and took on a rather schoolmasterly quality. In particular, the "Bremainers" made the other side feel looked down on and dismissed as crude ignoramuses, locked out of the higher arenas of cultured and civilized life. The natural response to such crude patronizing is: things can't really be like that! Let's just show them something different!

Q: What do these results mean for the United Kingdom? And for the EU?

A: Scotland and Northern Ireland did not vote for Brexit, and there may be a feeling in consequences that they are not bound by the vote. There may also be a petition by U.K. voters to hold a new referendum, though I doubt whether any new British prime minister would be able to negotiate any new settlement with the EU that includes membership. Boris Johnson, a likely successor to [Prime Minister] David Cameron, at one point indicated that he thought that a negative vote could give Britain a stronger hand in renegotiating, but that argument is frankly delusional. The rest of Europe will be tough because the other member states do not want to encourage other member countries to repeat the British maneuver — though in practice that may well happen.

Q: How might these results increase [instability in] the U.S. and global economy?

There is already a clear financial shock, and like Lehman in 2008 the shock will highlight weaknesses and vulnerabilities elsewhere in the world, including the Eurozone. Some parts of the British economy may benefit from a brief boost given by a greatly lowered exchange rate, but that is not the kind of impetus that brings growth elsewhere.

Q: What effects might this decision have on the U.K., world, going forward?

Some of the advocates of Brexit argued that the EU was in terminal decline, and that the U.K. would do well to cut itself off from a moribund corpse. Others argued that the EU was dangerous, and that it would be best to drive a stake into the heart of Europe. Most thought that the immediate negative impact would be worse on the EU than on the U.K. And there is indeed a risk of a domino effect, when voters in Sweden, the Netherlands and Denmark, motivated largely by the same concerns as Brexit voters, will take up the British demands and positions. That could indeed destroy the EU, and a destruction or even a weakening of Europe will make the whole world more uncertain and much more unstable.