The end of the 2016 presidential campaign is in sight. Millions have already cast their ballots, and the campaigns of Hillary Clinton and Donald Trump are racing to win every vote on Election Day.

Over the past two months, faculty experts from Princeton University have explored a range of issues that will face the next president in his or her first 100 days and over the next four years:

With attention shifting to Election Day and the legacy of the 2016 campaign, six faculty experts answer questions below about how the campaign has played out for different groups of voters and what it says about American politics today.

Together with Larry Bartels, the Donald E. Stokes Professor in Public and International Affairs, Emeritus, and professor of politics and public affairs, emeritus, Achen is the author of "Democracy for Realists: Why Elections Do Not Produce Responsive Government." The book challenges what they call the "folk theory of democracy," which is the idea that voters have policy preferences and select candidates based on those preferences. 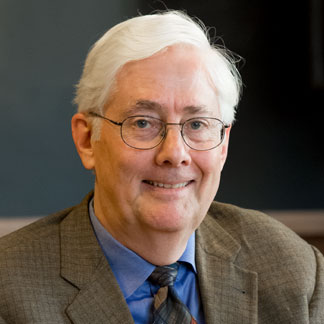 Achen: As we have known for more than 50 years, most people vote for the candidate of their party, even if that candidate represents their party's policies poorly or is personally unappealing. The voters believe all the bad news about the other candidate and explain away the problems with their own candidate. And they often adopt the policy views of their candidate. Thus most of what we will see on election night is what we see every election night — Democrats voting for the Democrat and Republicans voting for the Republican.

To a lesser degree, voters are also influenced by the state of the economy and the personalities of the candidates. The economy is neither good nor bad this year, and so it is essentially a wash. Personalities are not.  Donald Trump looks like a strong leader to many voters, especially less-educated white men, to whom he seems to think as they do. To another group, he looks unqualified, especially college-educated women. For them, it is Hillary Clinton who seems to think as they do. Deviations from partisanship due to these education and gender identity effects will be larger than usual this election night. Minority groups are also threatened by Trump, and we can expect to see further gains by Democrats among Latinos and Asian Americans.

A key job for a president, perhaps the most important job, is foreign policy. As usual, those issues were discussed almost not at all this year, even though the two candidates represent dramatically different views. Trump in particular has called for a dramatic departure from postwar American policy. But the great majority of voters do not care about foreign affairs. Much the same might be said for fiscal policy, proposals to address the growing inequality in American life, and much else. Some single-issue voters care about a particular policy like abortion or guns, but most citizens do not vote in that manner. Partisanship and identity group effects are much more powerful every year, and very visibly so in 2016.

Gilens, who has published widely on political inequality, mass media, race, gender and welfare politics, is the author of books including "Affluence & Influence: Economic Inequality and Political Power in America." 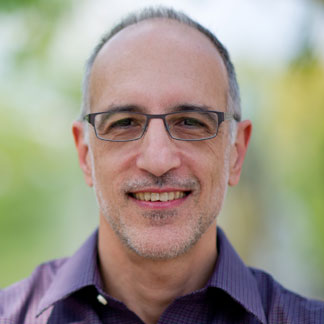 Gilens: For such a surprising and unpredictable election, the role of money has not been particularly surprising or unpredictable. The overall amount of money spent on the elections this year is running about 15 percent higher than 2012, consistent with the growth of spending over each of the previous election cycles.

Also consistent with historical trends, campaign money is increasingly concentrated in the hands of a few "mega donors." This year, for example, the 100 largest donors account for about 12 percent of the roughly $6.6 billion raised; in 2012, the 100 largest donors contributed about 6 percent of the total. And outside groups like Super PACs and "dark money" organizations that don't disclose their donors are continuing to increase in importance (about $1.3 billion in election spending so far this year, and still growing).

But this election has also underlined the fact that money isn't everything. Jeb Bush was by far the best-funded Republican but didn't win a single primary. And Bernie Sanders was able to mount a credible challenge to Hillary Clinton in part by outraising her among small donors by over two-to-one (more than offset, however, by Clinton's advantage among larger donors and outside groups). Yet even in this year of the "anti-establishment candidate," Sanders was unable to raise more "small-donor money" than Obama raised in 2008.

So money isn't everything, but it's still a mighty challenge to run a successful campaign without a lot of help from rich donors.

Field of study: the political, social and urban/suburban history of 20th-century America

Kruse's 2015 book, "One Nation Under God: How Corporate America Invented Christian America," examines the rise of American religious nationalism in the mid-20th century and its legacies in American political and religious life. 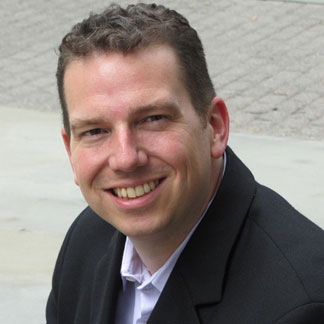 But even if we focus solely on the subset of conservative white evangelicals, we can see that the Trump campaign has revealed significant rifts within the ranks of the religious right. Some old guard leaders, such as Pat Robertson, Ralph Reed and Tony Perkins, have loyally stood by the Republican nominee. They've argued that his personal sins are irrelevant: All that matters is that he's promised to appoint conservative justices to the Supreme Court and thereby rollback abortion rights and LGBT rights.

A newer generation, including leaders like Russell Moore at the Southern Baptist Convention, have forcefully rejected Trump for what they've decried as his sexism, racism and xenophobia and, in doing so, they've rejected the leadership of the old guard as well. In the end, polls suggest that Trump will still win a sizable majority of votes from white conservative evangelicals, but his numbers will likely be lower than previous Republican candidates.

Regardless of the results, a serious reckoning within the ranks of the evangelical movement seems quite likely.

McCarty has co-authored three books, including "Polarized America: The Dance of Ideology and Unequal Riches" (with Keith Poole and Howard Rosenthal). 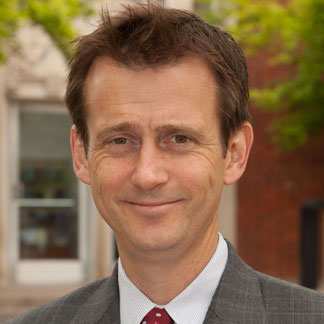 McCarty: While it is often convenient to view the current election as the end result of decades of partisan polarization, a case can be made that it has sown the seeds for new political alignment that may exhibit far less polarization than we have seen.

Prior to this year, the Democratic and Republican parties (if not always their voters) were sharply divided both on economic issues and cultural and social mores. Republican candidates were consistently more anti-tax, anti-regulation, and culturally conservative than Democrats. With Donald Trump's emphasis on downscale white voters, the Republican formula has been upended somewhat by his heterodox positions on trade and entitlements. On many economic issues, Secretary Clinton and Donald Trump are in more agreement than any pair of presidential candidates in several decades.

The question going forward is therefore whether the post-Trump Republican party will maintain its "populist" economics and make common cause with many Democrats, or whether the ethno-nationalistic dimension of this year's election will further divide and polarize American society.

Stephens is working on a book titled "Race-ing for Votes: How Candidates Use Racial Appeals to Win Elections in Majority White Jurisdictions" and has previously examined the effectiveness of racial appeals in campaigns and the role of African Americans in the presidential nomination process. 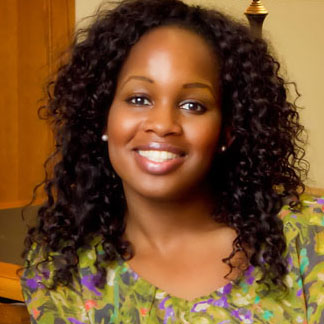 Stephens: African American voter turnout in 2016 is likely to be lower than in the previous two presidential election cycles, due to the lack of enthusiasm generated by the major parties' nominees. The last few cycles' record African American turnout was attributable to a historic candidate with an unprecedented get-out-the vote operation.

While many may be surprised by some of the divisive racial rhetoric that has been present during the current campaign season, race and racial conflict have historically been components of American politics. What distinguishes 2016 from recent election years is that the rhetoric is far more explicit in 2016. Previously, a candidate might feel compelled to use code words such as "inner-city," and "law and order," but in 2016, not only does the Republican nominee use the aforementioned code words, he is also quite comfortable openly referring to Mexicans as rapists and saying that "the African Americans" are living in hell. In short, I am not surprised by the centrality of race in the 2016 campaign, but rather I am surprised by the unabashed comfort Trump has shown in explicitly courting white supremacists.

Similar to previous election years, the most important factor in helping African American voters decide how to cast their ballot is the perception that a particular candidate is most likely to champion — or at least not undermine — the political interests of blacks, considered as a group. Since African Americans tend to be more liberal on racial matters than either of the two major parties, they are likely to vote for the candidate who is closest to their position. In other words, they vote for the proverbial "better of two evils." Although my research suggests that both major parties traffic in negative racial appeals about blacks, the egregious manner in which the Republican Party often makes these appeals results in abysmally low levels of support for the Republican Party from African Americans, and thus greater support for the Democrats.

Field of study: American politics, with an emphasis on areas including Latino public opinion and turnout, immigration politics, and racial and ethnic identity in the United States

Valenzuela's research uses large-scale surveys, geographic and electoral data, as well as field and survey experiments to investigate the causes and consequences of identity politics in the United States, turnout in elections, and Latino support for candidates and public policies. 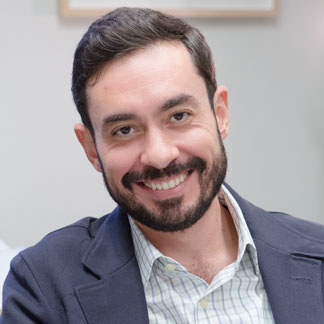 Earlier in the campaign, Trump leveled a similarly unfair attack against an Indiana-born federal judge because of his Hispanic heritage, claiming he could not fairly execute his duties as judge because his ethnic background made him biased against Trump. Republican Speaker of the House Paul Ryan appropriately called these remarks "the textbook definition of racism." Second-generation Hispanics born in the United States to immigrant parents — exactly like the federal judge — were paying attention.

Still earlier in the campaign, back in August 2015, Trump ejected a well-known Spanish language journalist, Jorge Ramos, from one of his press conferences by telling him to "go back to Univision." This outburst was eerily reminiscent of the hateful refrain well known to many Latinos in this country: "go back to Mexico." As I suggested to one reporter back when this happened, the subtext of Trump's comment was not lost on his supporters, nor, and perhaps especially, on Latino voters.

All of this is to say, Latino voters have a very clear choice in the current presidential election about which candidate will best represent their policy interests and demonstrate care and concern for their fellow Latinos, whether they are immigrants or not. The most recent polling data indicate the vast majority of Latinos believe that candidate is Hillary Clinton.

In terms of turnout, prior research also suggests this kind of rhetoric and unfair attacks against immigrants and the Latino community spark a sense of political threat among Latinos, mobilizing them to naturalize and become U.S. citizens, to register to vote, and to turn out on Election Day at higher rates than in the absence of negative xenophobic rhetoric and anti-immigrant policy proposals. So if there is a silver lining to Trump's candidacy, it may be the increase in unity and politicization within the Latino community.