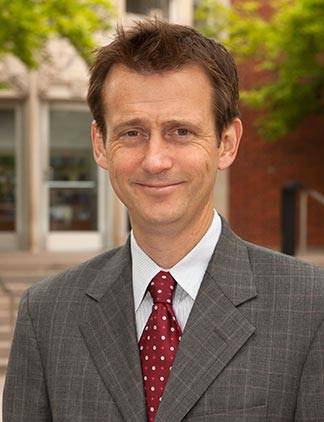 Voting got underway in the 2016 presidential primary season on Monday, with Sen. Ted Cruz, Class of 1992, scoring a victory on the Republican side and Hillary Clinton and Sen. Bernie Sanders locked in a close race among Democrats.

Nolan McCarty, the Susan Dod Brown Professor of Politics and Public Affairs and chair of the Department of Politics, answered questions about the caucus results and what's ahead in the 2016 campaign.

McCarty, whose research interests include U.S. politics, democratic political institutions and political game theory, is the author of books including "Political Game Theory," "Polarized America: The Dance of Ideology and Unequal Riches," and "Political Bubbles Financial Crises and the Failure of American Democracy."

Question: What are your takeaways from the Republican caucus results?

Answer: The obvious takeaway is that organization and mobilization matter. Despite the attention that Donald Trump's "nontraditional" approach to running for president is getting, Sen. Cruz simply outhustled him the old-fashioned way. The Cruz campaign in Iowa had 12,000 volunteers. That means approximately one out every four voters who caucused for him was a volunteer.

Clearly, the mobilization efforts more than made up for any deficits in the pre-election polling. Of course, the pre-election polling could have been off for other reasons. It is notoriously hard to poll in primary elections because voter allegiances to primary candidates are so fleeting. Moreover, it is very hard to predict which of the voters will actually turn out. Sen. Marco Rubio clearly understood this when he decided to concentrate all of his Iowa efforts into the last few weeks. The strategy paid off with a fairly dramatic rise in the polls.

Q: In particular, what do you think Donald Trump's second-place finish means to his campaign?

A: The problem for Mr. Trump is less that he finished second than that he finished almost third. That Sen. Rubio had such a strong showing and almost beat him makes the senator the obvious candidate of mainstream and establishment Republicans. Sen. Rubio is likely to gain disproportionately as other candidates such as Bush, Kasich, Christie and Fiorina drop out. When Rubio does consolidate this support, Trump could actually find himself in third place.

The results also certainly should lead pundits to reconsider the argument that Trump will be the beneficiary of high voter turnout generated by the high degree of interest in the election. Turnout reached record levels in the Republican caucuses, yet Trump fared poorly. Undoubtedly, some new voters were drawn into the system to vote for Trump, but many more were mobilized by the opportunity to vote against him.

Q: What were your takeaways on the Democratic side?

A: The Democratic caucus was exciting for the sheer closeness of the results. But for the overall nomination contest to be competitive, Sen. Bernie Sanders needed more than a moral victory. He needed an actual victory by a substantial margin. With the exception of the New Hampshire primary, which he should win easily, there are few states where the political and demographic conditions are as favorable to his candidacy as were those in Iowa. As the contest moves to larger, more urban, and more diverse states, I do not see him doing so well.

Q: What will you be watching going forward in the campaign?

A: On the Republican side, I'll just be counting delegates. For now, it is a three-candidate race and most of the upcoming contests allocate delegates proportionately. Thus, it will be hard for any candidate to be in a position to accumulate the majority required for the nomination. After March 14, some states will shift to a winner-take-all system. But if there is no clear front-runner by then, the convention might have to sort things out.