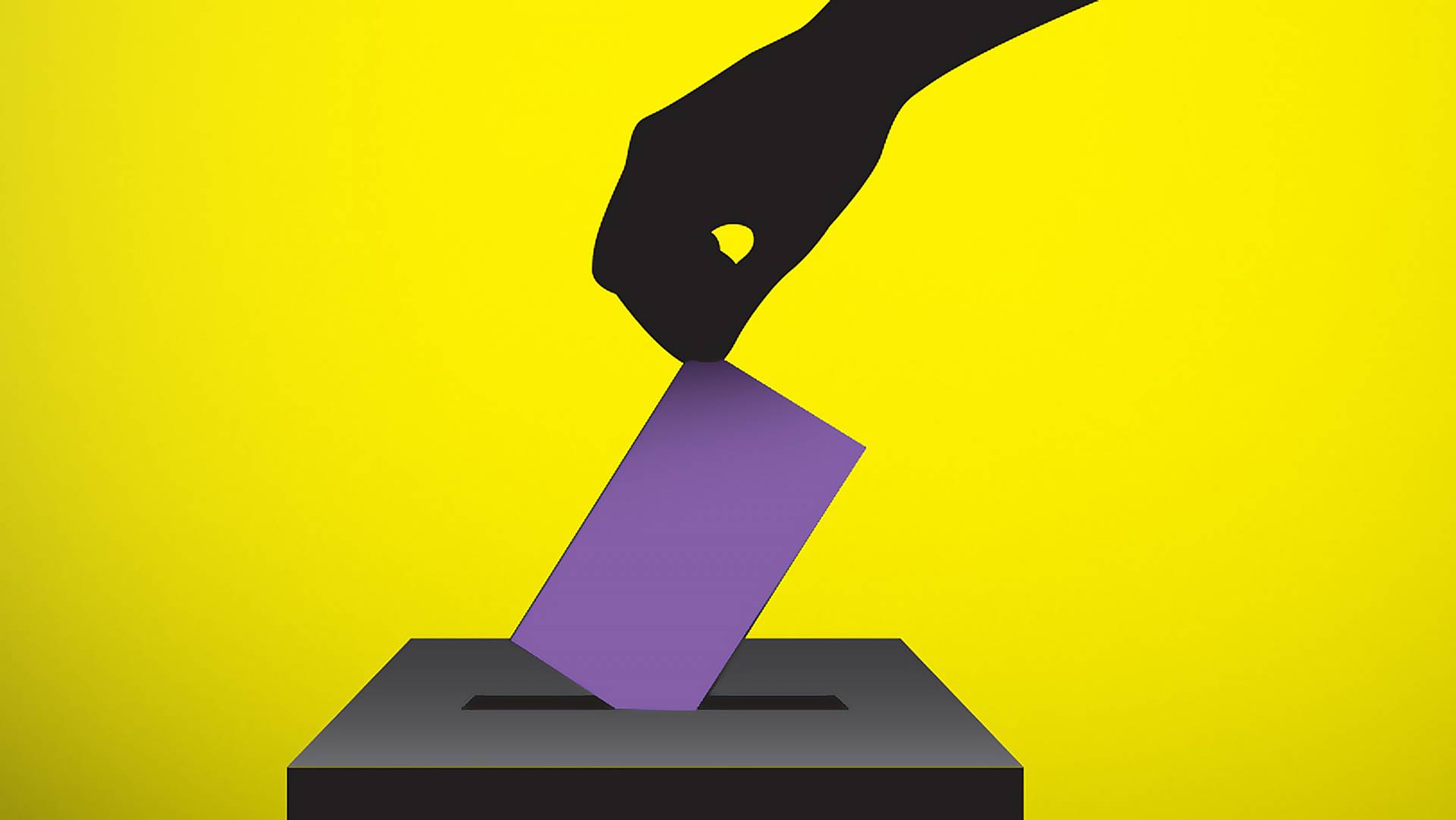 So-called purple voting districts that change hands between Republicans and Democrats — rather than reliably conservative and liberal districts — are an underappreciated source of rising political polarization in state legislatures, according to a study co-authored by a Princeton University researcher.

As judged by the views of the median voter, such districts may appear to be politically moderate, but that isn’t true, the researchers found. Instead, voters in these districts tend to be highly polarized themselves, with relatively few moderate voters in the middle, explained Nolan McCarty, chair of Princeton’s Department of Politics and a co-author of the study, which appears in the journal Political Science Research and Methods.

Rather than hew to the center, Republicans and Democrats who represent purple districts tend to take more extreme positions, as measured by their roll-call votes, than do their counterparts in reliably red and blue districts.

Most research on partisan polarization has focused on the U.S. Congress. That body has grown dramatically more polarized in recent decades, but the electorate has remained decidedly more centrist, creating a puzzle for researchers: If voters’ preferences aren’t driving legislative polarization, then what is? Scholars have generally seen the answer in institutional factors, like primaries and redistricting, McCarty said.

Rather than look at the U.S. Congress, he and his colleagues analyzed state legislatures, which also have grown more polarized. The research team included Jonathan Rodden of Stanford University, Boris Shor of the University of Houston, Chris Tausanovitch of the University of California-Los Angeles, and Christopher Warshaw of George Washington University.

It turns out that Republicans and Democrats represent purple districts very differently, taking more extreme positions in the legislature, on average, than their party colleagues from more ideologically homogeneous districts. And states with the highest proportion of polarized purple districts, like California, Colorado and Washington, also have the highest levels of legislative polarization.

To study voters, the researchers were aided by a large-scale national data set, created by Tausanovitch and Warshaw, that combines and synthesizes many smaller-scale surveys to group voters ideologically according to their views on various policy questions, rather than by their self-declared placement on an ideological scale. Using this data, the researchers were not only able to calculate the median ideological position in each district, they also were able to zero in on how citizens’ ideological preferences were distributed geographically.

They found that, because of recent demographic changes, so-called “moderate” purple districts often contain distinct geographic clusters of liberal and conservative voters, with no large cohort of centrists. For example, many suburban districts that were once largely white and conservative have seen large influxes of liberal Hispanic voters. Similarly, sprawling, sparsely populated, otherwise conservative rural districts often contain concentrated pockets of progressive voters, many of them recent arrivals, in and around college towns or resort communities. The researchers “have identified a class of districts that are moderate on average without containing large densities of moderates,” McCarty said.

“When candidates compete in these internally polarized districts in heterogeneous suburbs and spatially diverse non-metropolitan areas, they face weak incentives to adopt moderate platforms or build up moderate roll-call voting records,” McCarty said. “Rather, they can cater to primary constituents, donors, activists or other forces that pull the parties away from the ideological center.”

Reformers often believe polarization has grown because districts have become too homogeneous, McCarty said, and they argue the solution to polarization lies in creating more ideologically diverse, politically competitive districts. This study, he said, “turns this conventional wisdom on its head. When control of the legislature hinges on fierce competition within internally polarized winner-take-all districts, candidates and parties do not necessarily face incentives for moderation.”

The study, “Geography, Uncertainty, and Polarization,” was published online March 21 in the journal Political Science Research and Methods.