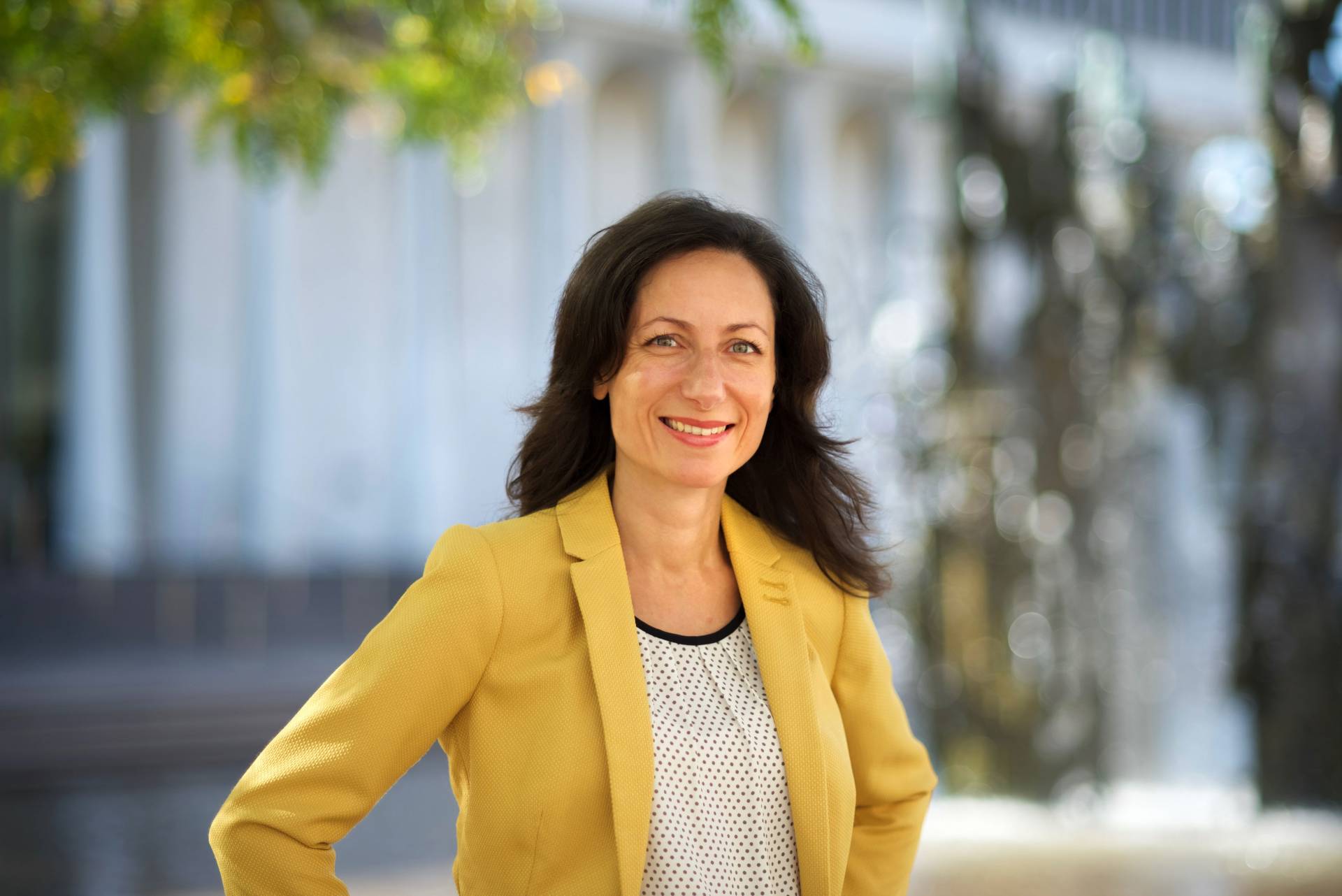 As Western Europe’s Muslim communities continue to grow, so does their influence on electoral politics. For many electoral districts, parties can only win if they secure a large majority of the Muslim vote. This presents unique political challenges across Europe, since Muslim views on religion, tradition and gender roles can differ dramatically from the majority electorate.

In this Q&A, Dancygier explains the motivation behind her book and some of the key takeaways. 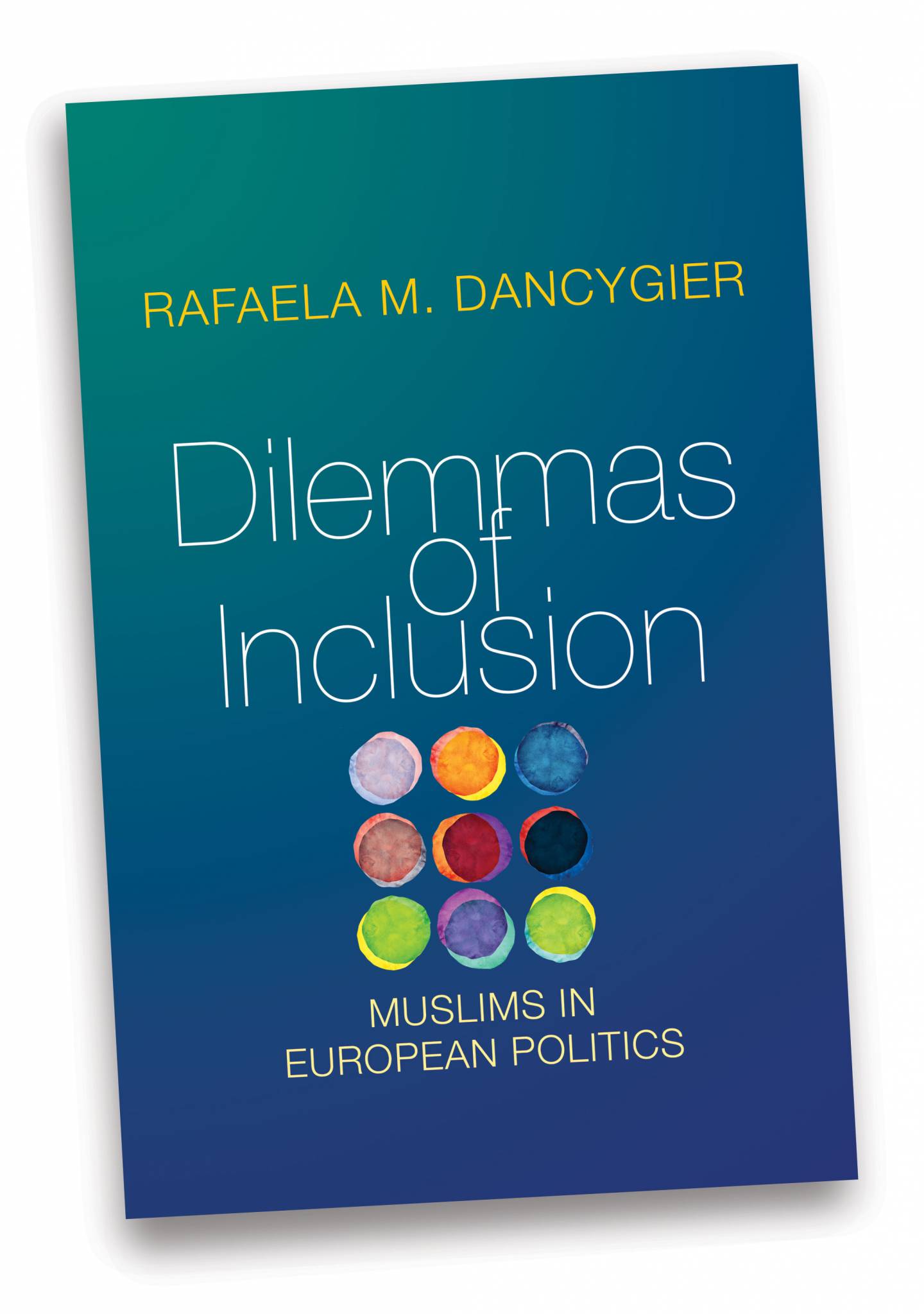 What was the motivation behind this book?

Two main motivations were behind this book. First, Western European countries have very large immigrant populations. In several countries, the share of the foreign-born is at the same level or even higher than it is in the United States. And for quite some time, these immigrant populations have been active in politics. But patterns of political inclusion differ quite a bit across countries, and we know relatively little about when and how parties include immigrants as voters and candidates. I wanted to shed some light on this question.

Second, I was particularly interested in how parties approach the inclusion of Muslim communities. European citizens who have roots in Muslim-majority countries — Algeria, Turkey, Morocco, Pakistan and, more recently, Syria — are among the fastest-growing immigrant-origin populations in Europe today. In many cities and electoral districts, parties can only win elections if they secure a sizable share of the Muslim vote.

This presents parties with a series of dilemmas. For example, there is quite a bit of prejudice towards Muslims among non-Muslim voters. So parties have to figure out whether appealing to Muslim voters leads them to lose non-Muslim support.

Moreover, minority political inclusion — if it happens at all — tends to first occur among left parties. But Muslim preferences on issues such as LGBT rights, gender equality or religious schooling are often quite far removed from those of secular, progressive leftist parties. I wanted to examine how the left approaches this tension.

You pulled evidence from thousands of electoral contests, etc. Can you walk us through how you did your research?

Doing research on minority representation is difficult because so little data exist on this topic. So I decided to collect this information myself. I gathered statistics covering elections in the 50 to 70 largest municipalities in four countries — Austria, Belgium, Germany and the United Kingdom — over several election cycles. Muslims predominantly live in cities, so in each country, this captured a large share of the Muslim population.

In addition to these election statistics, I read hundreds of local newspaper articles and blog posts about how parties across European countries recruit Muslim voters, and I also talked to local politicians about this question. These local stories paint a vivid picture of how political parties engage with Muslim communities, and they helped guide some of my statistical analyses.

Your book shows how minority recruitment sometimes matches up with existing party positions and upholds electoral alignments. At other times, it undermines party brands. Can you tell us how these different outcomes come about?

I found that parties had two different goals when they decided to include Muslim candidates on the ticket, and this influenced whether Muslim inclusion had an effect on the party as a whole.

Sometimes parties aren’t all that interested in the minority vote, but they instead want to signal to majority cosmopolitan voters that they embrace diversity. This is especially common among the left, but we also see it on the right. An efficient way of doing this is to nominate a small number of minority candidates, using a strategy that I call “symbolic inclusion.” When that’s the case, parties will be sure to pick a candidate who is in line with majority norms and preferences — especially when it comes to issues where minorities are said to deviate in their positions. In the case of Muslims, symbolic inclusion means selecting a candidate who is secular, progressive and believes in gender equality.

Incidentally, I found that parties often accomplish this by choosing female Muslims candidates. Simply by running for office, Muslim women signal they aren’t bound by patriarchal gender norms. If they don’t wear a headscarf, they also convey that they aren’t too religious. A comparable man cannot send that message so easily.

This type of symbolic inclusion leaves party brands intact and doesn’t really change party systems. But because parties are really only interested in sending a symbolic message, they will only pick one or two minority candidates. Symbolic inclusion therefore doesn’t help too much when it comes to achieving meaningful minority representation.

By contrast, when parties are mainly driven by capturing a substantial slice of the minority vote — what I call “vote-based inclusion” — they will pick candidates who can mobilize this vote efficiently. Such candidates are usually deeply embedded in the enclave. In the case of European Muslims, these are generally male community elders who have ties with religious institutions, are enmeshed in home-country village networks and are quite socially conservative.

When parties pursue vote-based inclusion, they therefore incorporate a large group of candidates that is much more socially conservative and religious than are their core supporters (and also than is the typical Muslim voter). Especially on the left, their views on issues like gay marriage or gender equality don’t align with party platforms.

Moreover, in contrast to symbolic inclusion, these candidates are almost always men. In fact, I found when parties engage in vote-based inclusion, the incorporation of Muslim politicians actually leads to a decrease in the number of female politicians.

All of this undermines the left’s party brand. Social Democratic parties across Europe have had to explain why they empower candidates and groups who so clearly deviate from some of the left’s supposed core principles.

Given these tensions, how can the left best engage with multicultural communities — in this case, Muslims — toward a progressive politics for the larger good?

I think there is actually a pretty straightforward answer to this question: The left should focus on building class-based coalitions. European Muslims have above-average unemployment rates and below-average earnings. Like non-Muslim low-income voters, they would like to see their economic situation improve. The left, and not just in Europe, has to come up with a coherent message and policy framework that allows it to build class-based coalitions across ethnic and religious divides.

This approach of course doesn’t do away with the basic multicultural dilemma of how liberal democracies and political parties include groups that are internally illiberal. Political parties probably can’t — and shouldn’t — do too much to directly influence social norms within communities. But at the very least, parties can stop elevating individuals who so clearly don’t embody stated party principles and begin empowering those who work towards addressing more commonly shared economic concerns.

The median age of Muslims throughout Europe was 32 in 2010, which is eight years younger than the median for all Europeans. Does age play a factor in political parties and voting?

That’s a great question, especially with regards to Muslim inclusion. In most democracies, the young vote less often and less reliably than the old. If parties are mainly interested in representing the interests of those groups who actually vote for them, this would lead them to pay less attention to Muslim voters.

What’s more, when dealing with Muslim communities, the age gap in political engagement makes it more likely that parties address the concerns of the older generation. To the extent that the older generation is more interested in upholding home-country social norms and less in tune with the labor market difficulties that hit Muslim youth particularly hard, this could feed into the dilemmas outlined above.

What are the policy implications of your book? More broadly, how are ethnic and religious diversity influencing domestic politics in today’s democracies?

One phenomenon that we are witnessing across advanced democracies, not just in Europe, is that traditional mobilizing structures have been slowly disappearing. This is especially true for the left, which, in the past, could rely on a strong union movement to get its voters to the polls.

That’s perhaps one of the reasons why the left has been relying more on appeals based on ethnic identity. This approach allows left parties to hook into minority networks that can be useful in mobilizing voters. But as we see in the case of European Muslims, relying on these networks can be very tricky for parties. Though these networks can deliver votes in the short run, in the long run it’s unclear whether this electoral strategy helps parties or does much to advance minority integration.

Moreover, because their leading interest lies in winning elections, I think parties have not necessarily been the best vehicles to promote the social and economic integration of ethnic minorities. Though parties can pass important legislation that can have major impacts on minority integration — such as citizenship law reforms or anti-discrimination laws — legislative efforts of this kind don’t occur frequently enough and are sometimes implemented unevenly.

One takeaway from my research, then, is that the task of minority integration can’t be left to politicians, but must fall to society at large.