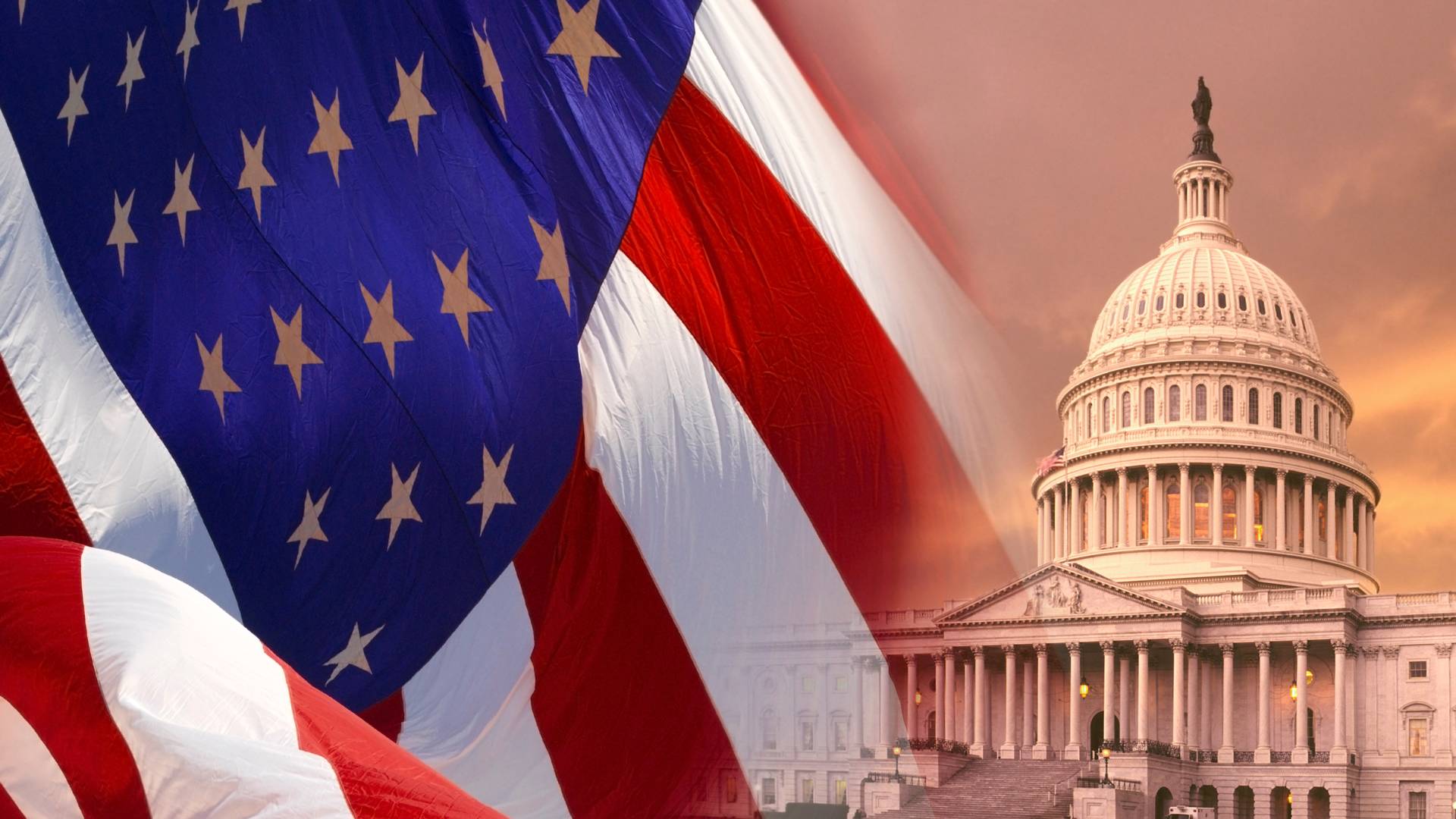 There’s still much to unpack about what Election Day and the campaigns that preceded it mean for the U.S. election process, continued attempts to discredit legitimate elections in the world’s oldest democracy and the future of the Democratic and Republican parties. Once all of the votes have been tallied, the composition of the incoming 118th Congress could have massive implications for what the Biden administration is able to accomplish during the next two years.

We met with experts at the Princeton School of Public and International Affairs to hear more about their reactions to the midterm election results and what they think they might mean for both the United States and the world at large:

What surprised you most about Tuesday night’s election results?

Ofer: In down ballot races, criminal justice reform did better than expected, despite the national narrative that this was a tough-on-crime election. For example, in Hennepin County, Minnesota, the district attorney candidate who ran on a platform of criminal justice reform won, defeating a candidate who ran on a tough-on-crime agenda. This is significant because Minneapolis is where George Floyd was murdered in 2020. Reform prosecutors also won in other local elections, including in Iowa and Texas, and criminal justice reform also won in several places on the ballot. For example, both Maryland and Missouri legalized marijuana. Overall, it was a much better night for criminal justice reform issues than the national rhetoric suggested. Exit polling also suggests that crime was a much lower issue on peoples’ minds than may have been justified by the tens of millions of dollars spent on political ads on the issue.

Lee: Like nearly everyone watching the returns, I was most surprised by Democrats over-performance relative to all the “fundamentals,” meaning presidential approval ratings, the state of the economy and voters’ attitude toward the direction of the country. I don’t think anyone expected that there would still be doubt about party control of both chambers in the next Congress on Wednesday morning.

To what extent did “celebrity candidates” in Pennsylvania and Georgia influence voter decisions on key ballot issues?

Lee: The celebrity candidates in GA and PA, were both disappointments for Republicans. Although it’s not possible to know counter-factuals, most analysts think that Republicans would have performed better in those races had they nominated more candidates with more normal political resumes.

Ofer: Celebrity candidates with big personalities definitely drive media coverage and national headlines, but it doesn’t seem clear whether it actually leads to wins. In fact, one of the biggest celebrities last night, Mehmet Oz, lost.

What are the top issues at federal level that you think will most influence state and local decisions in the months to come?

Lee: Questions of budgets and appropriations will likely dominate federal politics in the near term. The drawdown of federal support for state and local government as the historic COVID aid packages run dry will likely present challenges, particularly in the context of a possible recession as the Federal Reserve attempts to bring inflation under control.

Mendelberg: Since 2016, American democracy has been in a state of increasing crisis. Authoritarian leaders with outsize political power are steadily undermining democratic norms. Democratic backsliding these past few years has not taken the form of a coup. The military has not suddenly taken power and canceled elections. It’s been much more gradual, less visible and less decisive, but quite dangerous to democracy. Candidates and leaders are increasingly refusing to accept the outcome of an election when their party loses. There is no evidence of significant fraud in American elections, yet most Republican candidates in this election refused to disavow the “Big Lie” that Trump actually won the presidency in 2020. Too many leaders undermine the credibility of the institutions on which democracy depends to determine the objective reality and check the power of politicians: the news media, scientists, experts, universities and judges

Ofer: I think we’re about to enter two different phases. First will be the lame duck session, where I can see some popular bipartisan reforms pass Congress, including on criminal justice reform. The EQUAL Act, which would end the sentencing disparities between crack and powder cocaine, has more than 10 Republican co-sponsors in the Senate so it can withstand a filibuster and seems ripe for some action this lame duck session. Same could hold true for federal marijuana reform. Passing such reforms would also send an important message to states and localities that the bipartisan criminal justice reform movement is still making progress. But then if the House flips to Republicans, I think there’s a good chance we will see culture war issues take hold, as the new majority party pushes issues to rile up their base and begin preparing for the 2024 elections.

Did the attention around anti-semitism in recent weeks play a role in this election?

Lee: We are still waiting on results out of Nevada where a number of these controversies were centered. It’s not clear that antisemitism issues had much of an effect on the Pennsylvania races, given that Doug Mastriano had so many other liabilities as a statewide candidate.

Ofer: This has been a brutal election season when it comes to antisemitism on the campaign trail. This was particularly pronounced in the race for Pennsylvania governor, where Josh Shapiro highlighted his Jewish faith and Mastriano attacked Shapiro for it. Similarly in New Hampshire, Maggie Hassan was challenged by a candidate who received endorsements from antisemites. But in both cases the antisemitic views lost. I do think that the damage has been done, and antisemitism is clearly more prevalent today than in recent years, but at least in this election it seems that the anti-hate voters have won.

What is the voting bloc that was most overlooked (or least engaged) by candidates in this campaign cycle, and why?

Ofer: I think it’s hard not come away from last night with a new belief in voters under 30, who exit polls suggest may have had a significant impact on this election. But I am really interested in identifying the pro-criminal justice reform voting bloc, or “pro-justice bloc” as I like to call them. Between 70 million and 100 million Americans are living with some type of criminal record. Many of them hear the tough-on-crime message very differently than the national narrative suggests. I’m interested in learning more about how they voted, including subgroups within this category, and what impact they may have had on elections across the country.

Considering the political division in the country right now, will “free and fair elections” ever be possible again?

Lee: If anything, the outcome of these elections should increase confidence in American elections. Trump-endorsed candidates for secretary of state were defeated almost everywhere (with the Arizona race still outstanding). Republican candidates questioning the legitimacy of the 2020 elections underperformed expectations across the board. The GOP had trouble recruiting good candidates, as many declined to run rather than be subjected to Trump’s demand that they back his stance on the 2020 elections. Many who echoed Trump’s rhetoric did not do well. Meanwhile, Brian Kemp and Brad Raffensperger were resoundingly reelected in Georgia, despite refusing to help Trump overturn the Georgia outcome in 2020.

Mendelberg: Not only is the country increasingly headed toward authoritarianism, in elections for federal and state offices, a small minority of eligible voters is able to elect representatives who in turn leverage rules that inflate the power of the minority further. They can use their outsize power to block policies that the majority supports and that serve the broad needs of society. The prolonged fights over these policies and the failure to enact clear, effective solutions makes government look even more dysfunctional and further erodes trust in government. It is ultimately in both parties’ interest, not to mention the national interest, to shore up these norms. It will require courage in the face of short-term electoral loss, but the alternative is much worse.

Ofer: Lots of election deniers lost last night, which is good for democracy. But we still need to wait and see what narrative they will push and whether it sticks with some people.

SPIA Reacts is a series of interviews with SPIA experts addressing current events.