They may be arranged alphabetically by author. They may be grouped by era or genre. They may look like a bookshop window — with some facing frontwards and others stacked artfully with glossy spines announcing the treasures within. Or they may cover entire walls — row upon row, a rainbow of titles, fonts and publishers' logos. These are the books — often the crown jewels of a professor's office — carefully collected over years of scholarship and teaching.

Below, six Princeton professors talk about how the books on their shelves relate to their work, highlight one or two favorite books, and share what's on their own summer reading (and in one case, television binge-watching) lists in our second annual "Spinal tap" feature. Read last year's installment here. 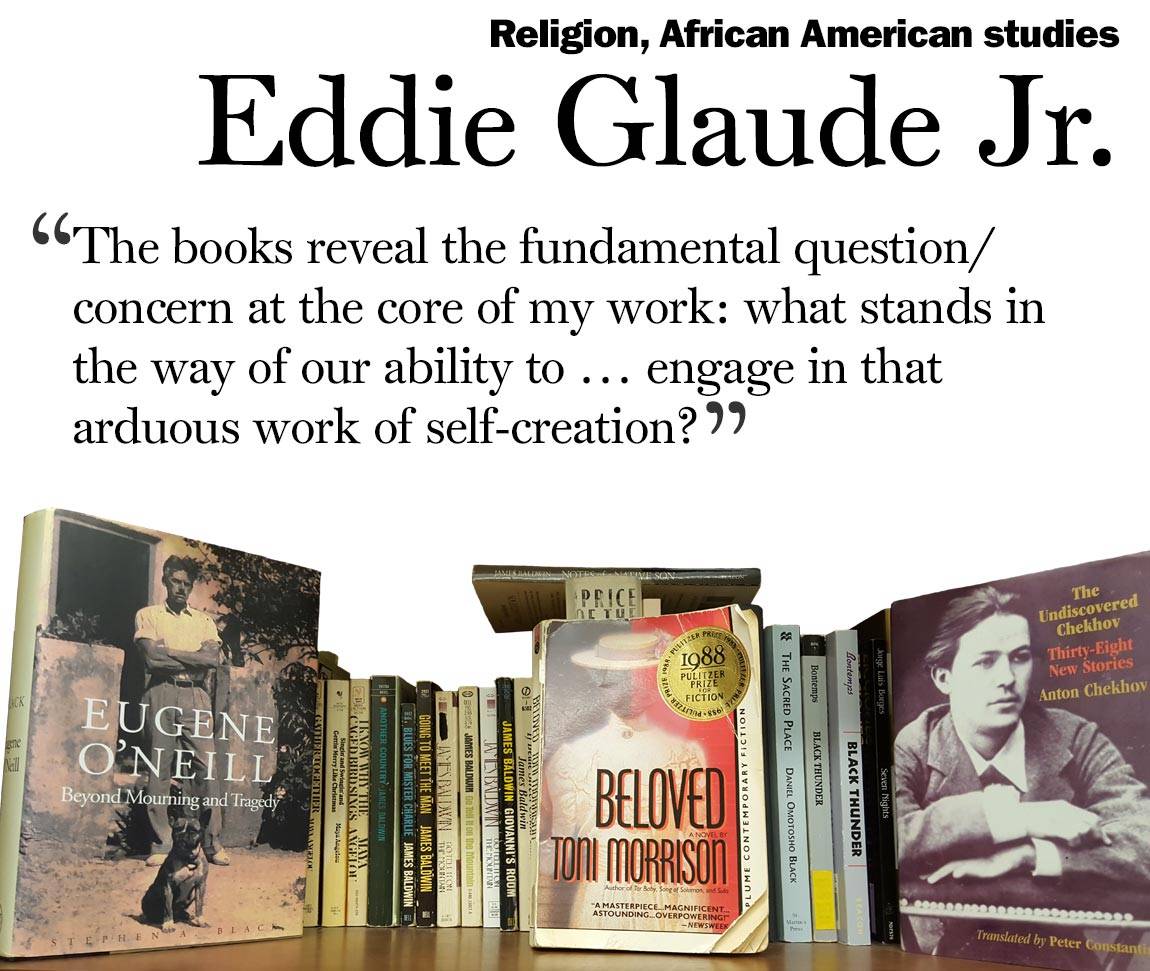 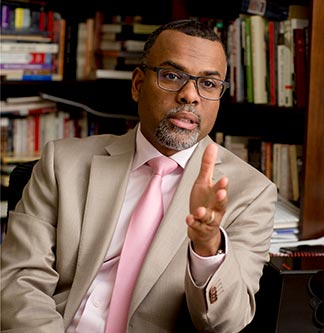 What are we looking at?
The books reveal the fundamental question/concern at the core of my work: what stands in the way of our ability to be otherwise? To engage in that arduous work of self-creation? And, to my mind, grappling with that question or consideration takes us to the heart of what it means to be modern.

What's on your summer reading list?
I am rereading John Dewey's "Ethics," and all of James Baldwin's nonfiction prose (preparing for my new class in the fall, "Topics in African American Studies: The Fire This Time — Reading James Baldwin") and devouring a few novels. I just started Marie NDiaye's novel "Ladivine." 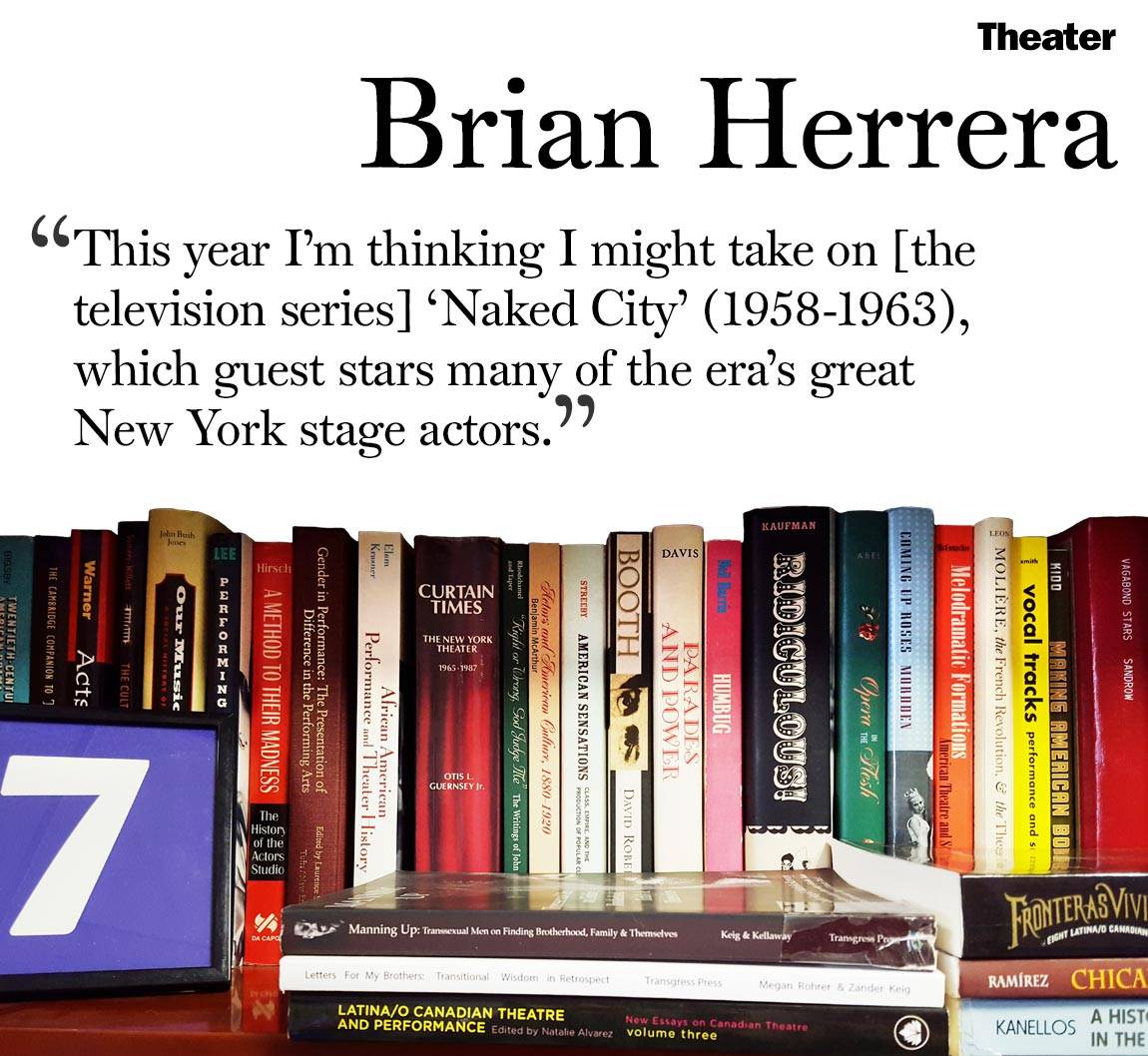 What are we looking at?
This image captures the jumble that is the "American theater/performance history" section of my office bookshelf. I aspire to chronological arrangement, but these books move to and from the shelf so often they defy my organizational efforts. I do love that Nicolás Kanellos' "A History of Hispanic American Theatre in the United States, Origins to 1940" is sneaking into the lower right corner of this image. In many ways, that book is a cornerstone to my own work in the field of Latina/o/x performance history. So it's no surprise that the photographer captured it moving to (or from) its place on the shelf. 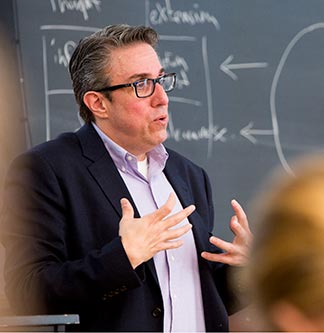 Brian Herrera, assistant professor of theater in the Lewis Center for the Arts (Photo by Denise Applewhite, Office of Communications)

And that framed number seven? There's no organizational or literary significance. It's simply the seventh of eight table markers — originally created for use at my wedding reception — which I kept and which now dot my office bookshelves. I keep threatening to use them in a class, perhaps to mark different stations around the room or something, but that hasn't happened … yet. Mostly, I just like them.

What's on your summer reading list?
For my summer reading, I've accumulated quite a pile of notable but nonscholarly works of theater and film history that I'm raring to dive into. Recent books like Michael Riedel's "Razzle Dazzle: The Battle for Broadway" and Jean Stein's "West of Eden," as well as older gems like Valeria Beletti's "Adventures of a Hollywood Secretary: Her Private Letters from Inside the Studios of the 1920s." The titles are directly related to my current book projects, but they also promise to be a hoot. Last summer, I loved watching all nine seasons of "Perry Mason" (1957-1966), mostly because it featured so many of Hollywood's most valuable supporting players; this year I'm thinking I might take on "Naked City" (1958-1963), which guest stars many of the era's great New York stage actors. I'm also thrilled to encounter the worlds conjured by playwright Carlos Murillo's brand new genre-confounding meta-theatrical opus, "The Javier Plays." 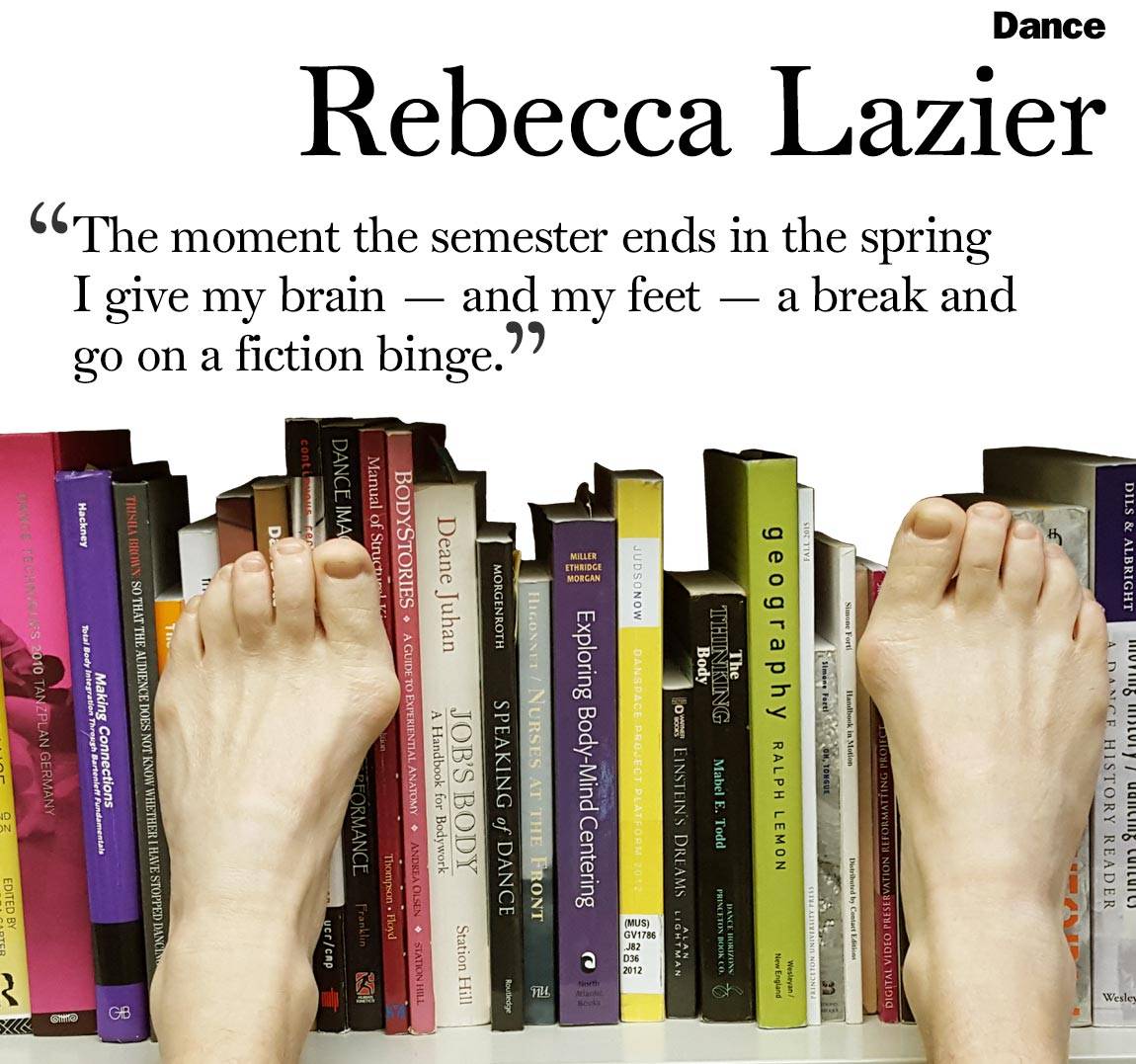 What are we looking at?
The books in the photo are part of my "go-to" collection. I have read each many times and they remain in my office as inspiration and a resource when working with students. The books fall into three general categories: creation, anatomy and context. These three spheres are the philosophic center of my teaching. I hope students will link their creative voices with their physical discoveries, their intellectual pursuits with improvisational tangents. Whether meeting with a student to discuss their thesis, helping them discover ways to move with less restriction, or exposing them to the wealth of dance history and research, together these books guide us to new territory. 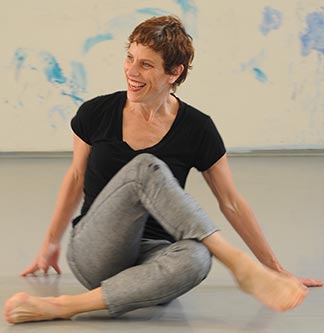 What's on your summer reading list?
The moment the semester ends in the spring I give my brain — and my feet — a break and go on a fiction binge. During the academic year I focus on books and journals related to the courses I am teaching and try and keep up with The New Yorker.

Books collect in piles by my bed throughout the year. Right now there is three-foot high stack waiting for me. This summer I'm looking forward to delving into Edith Pearlman's collection of short stories, "Binocular Vision." I find there is a piercing clarity to her prose.

Last summer I read Salman Rushdie's memoir "Joseph Anton," his chronicle of living under death threat for nine years, and it inspired me to put Rushdie's "The Satanic Verses" on my list for this year. It seems an apt political time to revisit controversy.

Come August I will dig into newly published books in the dance field as well as catch up on recent journals and articles. I have been saving choreographer Meg Stuart's "Are We Here Yet?" and Kathan Brown's "John Cage, Visual Art: To Sober and Quiet the Mind" until I have the time to savor each page. That time is coming. 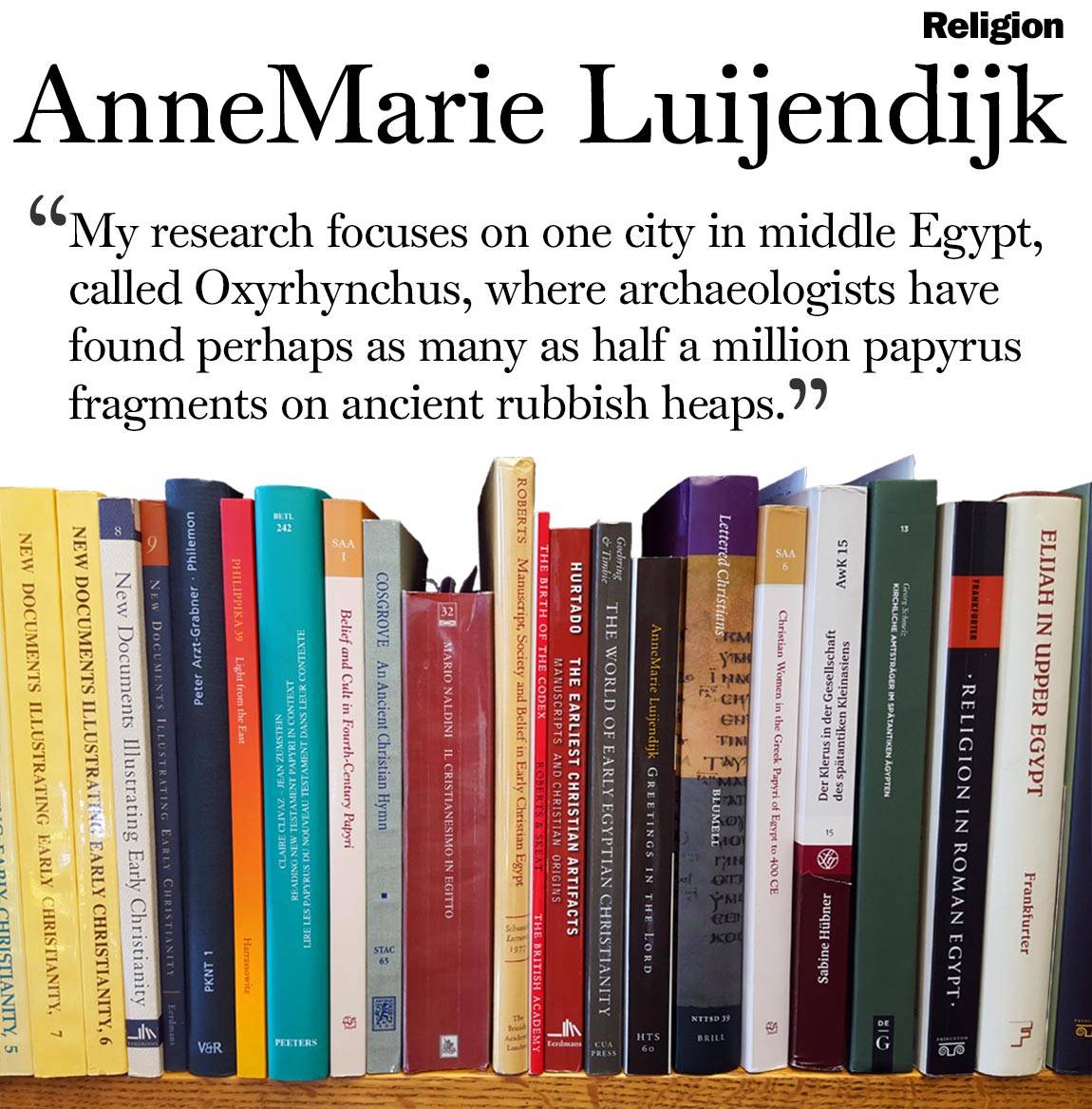 What are we looking at?
This section in my library has books on how discoveries of new texts preserved on papyrus (that is, ancient writing material made from reed that grows along the river Nile) have impacted our understanding of early Christianity in Egypt and beyond. My research focuses on one city in middle Egypt, called Oxyrhynchus, where archaeologists have found perhaps as many as half a million papyrus fragments on ancient rubbish heaps. 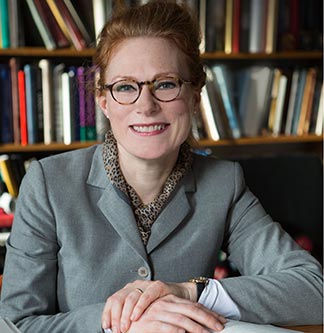 I have always been surprised that some of our oldest Christian fragments were discovered among garbage because Christians, like Jews, considered their scriptures sacred. In my current book project, provisionally titled "From Gospels to Garbage," I address that puzzle.

Charles Cosgrove's "Ancient Christian Hymn" is fascinating, because it is an entire book about one small papyrus with the earliest preserved Christian hymn with musical notation (third century).

The books I am most excited about in my library are too boring for a photograph: 80 dull-looking gray volumes with editions of "The Oxyrhynchus Papyri." But inside, a whole world opens up for you, with literary texts ranging from Aristotle and Plato to Sappho, the Gospel of Matthew and the Gospel of Mary. There are grocery lists, petitions, fiscal documents, marriage contracts, wills, leases for houses, letters of arrests, reports from physicians, complaints about violence, private letters, etc. Together, these bring to life this ancient city and its inhabitants.

In my research and teaching, I am particularly interested in incorporating the voices of ancient women and those of lower status, female and male, enslaved and free, together with the better preserved voices of elite males, so that I can come to a fuller and more nuanced understanding of the early Christian period. 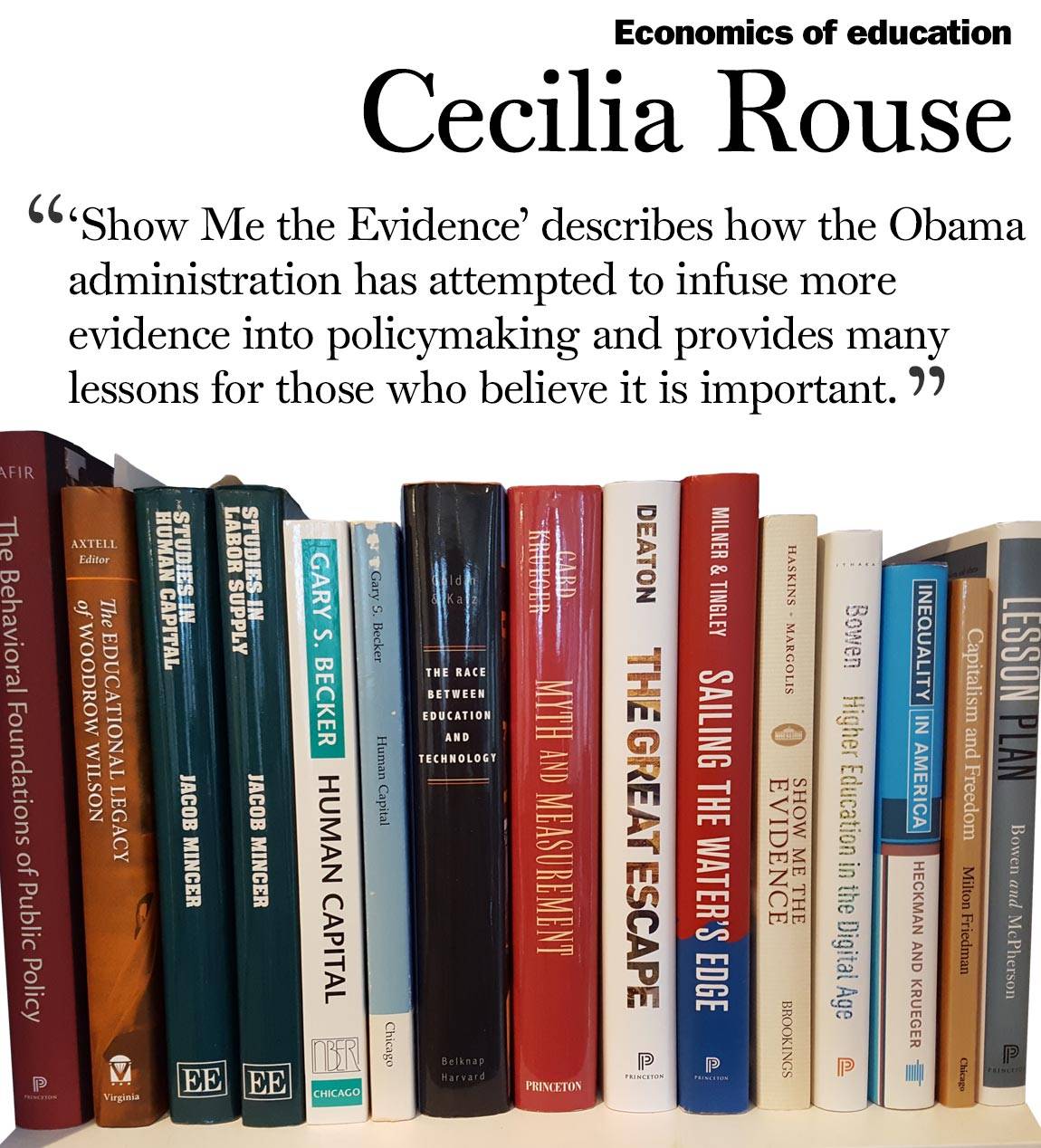 What are we looking at?
One of the books in this photo is "Show Me the Evidence: Obama's Fight for Rigor and Results in Social Policy" by Ron Haskins and Greg Margolis. Most of my academic and policy work has been focused on trying to understand the impact of policy on outcomes that matter. That is, I have been focused on developing credible (empirical) evidence to help policymakers and others make more informed decisions. 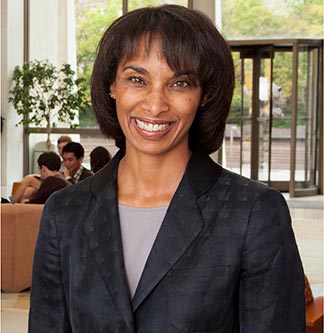 Cecilia Rouse, dean, Woodrow Wilson School of Public and International Affairs, Lawrence and Shirley Katzman and Lewis and Anna Ernst Professor in the Economics of Education, Professor of Economics and Public Affairs (Photo by Denise Applewhite, Office of Communications)

While most everyone agrees that we should pursue policies for which there is good evidence of effectiveness, it is much easier said than done, especially since most empirical evidence is not dispositive. Further, a curricular focus of the Wilson School is for students to be savvy consumers of evidence so they can use it and evaluate it effectively in their careers. This book describes how the Obama administration has attempted to infuse more evidence into policymaking and provides many lessons for those who believe it is important.

What's on your summer reading list?
I've become a fan of Louise Penny's Inspector Gamache books and hope to read more this summer. I would also like to read the Neapolitan novels by Elena Ferrante. In terms of nonfiction, my list includes "Alexander Hamilton" by Ron Chernow and "$2.00 a Day: Living on Almost Nothing in America" by Kathryn Edin and Luke Shaefer. 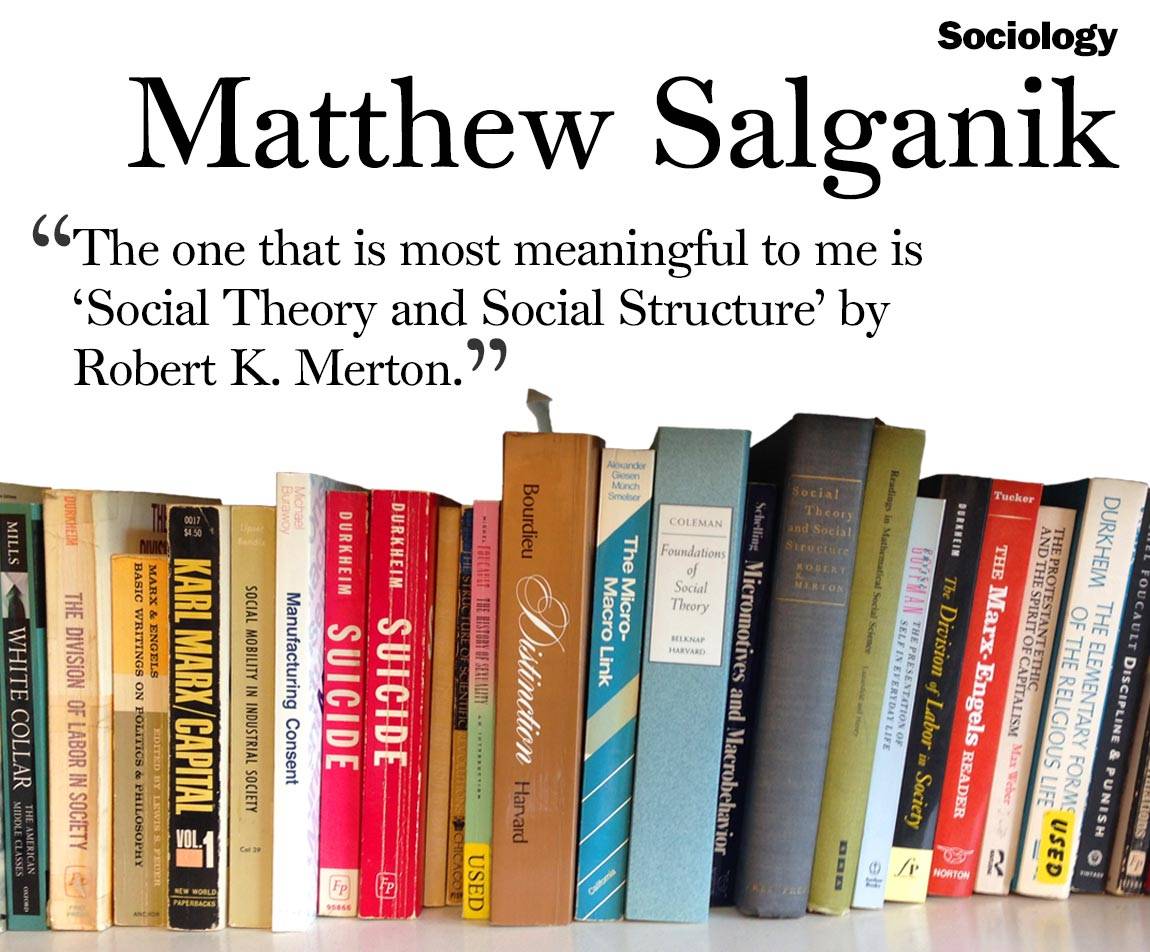 What are we looking at?
This shelf has some of the classics of sociology, many of which I read in graduate school. The one that is most meaningful to me is "Social Theory and Social Structure" by Robert K. Merton. 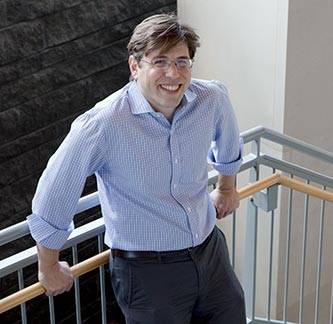 In sociology, there is sometimes a tension between researchers who are more empirically oriented and those who are more theoretically oriented. I began graduate school very strongly on the empirical side, and Merton's book helped me to see these two approaches as complementary rather than in conflict. Recently, I've been thinking about the balance of empirical and theoretical approaches because my current research focuses on how we can use "big data" for social research, and that is an area where balance is really needed. So, even though it was written in 1949, Merton's book still feels modern to me.

What's on your summer reading list?
This summer I'm going to finish my book "Bit by Bit: Social Research for the Digital Age"; it is for social scientists who want to do more data science and data scientists who want to do more social science. While working on the book, I've gotten more interested in the impact of the digital age on society more generally. Some books I'm planning to read are "Blown to Bits: Your Life, Liberty, and Happiness After the Digital Explosion" by Hal Abelson, Ken Ledeen and Harry Lewis; "Addiction by Design: Machine Gambling in Las Vegas" by Natasha Dow Schüll; and "Delete: The Virtue of Forgetting in the Digital Age" by Viktor Mayer-Schönberger.