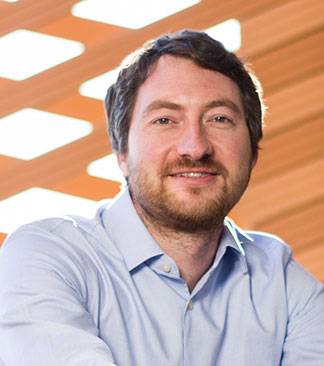 Haushofer, an assistant professor of psychology at Princeton University, works toward that goal with a combination of lab and field research that explores the relationships among poverty, psychological well-being and economic decision-making.

"In particular I've been interested over the past few years in the question of whether poverty causes stress and whether stress might lead to economic decision-making that is short-sighted and risk-averse, which keeps people trapped in poverty," said Haushofer, who joined the faculty in 2014.

Eldar Shafir, the Class of 1987 Professor in Behavioral Science and Public Policy and a professor of psychology and public affairs, said Haushofer takes an interdisciplinary approach to important questions.

"Johannes' work is exemplary of a new generation, whose research straddles disciplines and methodologies — from economics to neuroscience to the behavioral sciences, from the lab to the field, from experimental interventions to naturally occurring observations, and from purely theoretical questions to applied attempts to improve social conditions," Shafir said.

And that's how he was best known until April 23, when he sent out this tweet:

The idea — which began with a 2010 article in Nature by neuroscientist Melanie Stefan — is to capture your professional failures in the same way a conventional CV highlights accomplishments.

Among Haushofer's entries: half a dozen degree programs he didn't get into, academic positions he didn't land, paper rejections from academic journals and grants he didn't receive.

To Haushofer's surprise, his CV of Failures became a viral sensation, sparking media coverage by the BBC, Vox, the Washington Post, Buzzfeed, the Guardian and countless more.

"I had two reactions. One was that it seemed to strike a chord with a lot of people and be useful to a lot of people, especially students and fellow young academics," said Haushofer, who received about 200 emails in response to the posting. "I was happy and grateful for that.

"The other reaction was bewilderment and amusement over quite how big it became. I expected most people know that all scientists fall on their nose all the time. I didn't think it was particularly remarkable."

Back on Twitter, he reacted with good humor to all the exposure.

But his focus remains on his research, much of which takes place in Kenya.

As part of his work there, Haushofer has examined the effects of unconditional cash transfers — large amounts of money given to the poor with no strings attached. People who receive the money report they are happier, less stressed and less depressed, and some evidence suggests they show lower levels of cortisol, the body's primary stress hormone. That evidence points to a causal relationship between poverty and stress.

Haushofer has also conducted lab experiments in which participants were mildly stressed and then asked to make economic choices — such as accepting a smaller amount of money immediately or a larger amount later.

"In these types of choices, when people are stressed, they're much more impatient," Haushofer said. "That suggests they're more interested in immediate outcomes rather than long-term rewards that might be more advantageous on the whole."

But how do you break that cycle of poverty, stress and decision-making? In a new project in Kenya, Haushofer will examine whether cognitive behavioral therapy — an approach commonly used in psychotherapy that focuses on changing patterns of thinking or behavior —  can improve not just psychological well-being but economic outcomes as well by reducing stress that leads to poor economic decisions.

"It's asking whether psychotherapy can be an economic intervention rather than just a psychological one," he said.

Haushofer's lab-based work in Kenya takes place at the Busara Center for Behavioral Economics in Nairobi, which he established in 2011 to facilitate his work and that of others who examine understudied countries and populations. The center has now grown to have a core staff of 50 people and offices in Kenya, the United States, Kenya, Uganda and Ethiopia.

On campus, Haushofer brings the lessons of his research into the classroom. In recent years, he has taught seminars for undergraduates on the psychology of poverty and related courses for graduate students. He also advises juniors and seniors working on independent research, some of whom design and oversee experiments conducted at the Busara center in Kenya.

Victoria Hammarskjold, a member of the Class of 2016, worked with Haushofer on her senior thesis, which explored how peoples' decision-making about delayed rewards changes if the larger, delayed reward comes with an added "cost of keeping track," a requirement to complete a related task before receiving the reward.

"Every meeting that we had was filled with new ideas and much brainstorming,"   Hammarskjold said. "I very much appreciated how he welcomed and encouraged the development of my own ideas and theories related to the cost of keeping track."

In his own work and that of students he advises, Haushofer said it is important to remember that the effects of poverty can happen to anyone who finds themselves struggling economically.

"This work isn't blaming the poor for their poverty," he said. "Instead it's asking whether poverty has particular psychological consequences that would apply to anyone if they found themselves in that situation."