by Wendy Plump for the Office of the Dean for Research

Suppose someone approaches you on the street with the following proposition: You can receive either cash on the spot or a much larger contribution to your retirement account that likely will yield far more in the future. Do you choose the instant cash, or go with the retirement account?

Most people, it turns out, would choose the instant cash. Most policymakers, at least until somewhat recently, would have said that people would select the higher long-term payout of the retirement account.

Over the past two decades, policy planners from the Oval Office to the middle-school principal's office have become aware that people often do not behave rationally, nor even in their own best interests. Understanding why people act as they do is the basis of the growing discipline of behavioral science, which is helping shape policies that tackle society's biggest problems, from financial planning to public health.

"It is remarkable how little effort has been made to understand human behavior in policy circles," said Eldar Shafir, the Class of 1987 Professor in Behavioral Science and Public Policy and a leader in this field of research. "Policy depends upon people doing things that the policymakers expect them to do. Yet, there has been almost no attempt to understand what people actually do, what they can do and what they want to do."

Shafir has been working to change that along with colleagues at Princeton's Woodrow Wilson School of Public and International Affairs. Wilson School researchers are exploring the behavioral aspects of policies that combat poverty, school bullying, discrimination and many other issues.

The idea that psychology is essential for good public policy can be traced back 100 years to American economist John Maurice Clark at Columbia University, according to Shafir. "Clark pointed out that any time you design policy, you have to understand psychology," Shafir said. "If you don't, your policy design and implementation will often be flawed." 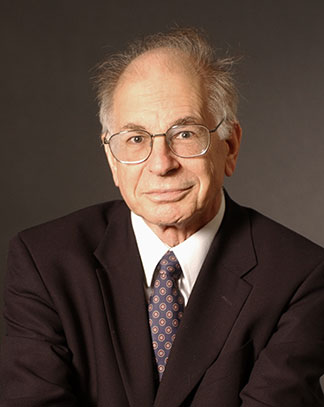 This may sound like common sense, but in the past, psychology rarely had a place at the policy table, said Daniel Kahneman, Princeton's Eugene Higgins Professor of Psychology, Emeritus, and professor of psychology and public affairs, emeritus, and a pioneer in the field. Instead, two disciplines — economics and law — were the wells from which policymakers drew almost exclusively.

Kahneman's work is credited with improving economic analyses by including insights from psychology, especially on human judgment and decision making under uncertainty. The citation for his 2002 Nobel Prize in Economic Sciences lauds him for "laying the foundation for a new field of research."

Yet, Kahneman is uncomfortable taking credit for the field's progress. Instead, he cites economist Richard Thaler of the University of Chicago. Thaler and Harvard University Law School's Cass Sunstein co-authored a 2008 book titled "Nudge: Improving Decisions about Health, Wealth and Happiness" that ushered applied behavioral science into the public consciousness.

The book brought attention to concepts such as how to present choices to people in ways that provide a gentle prod toward making good decisions. For example, automatically enrolling new employees in a retirement-savings program and allowing them to opt out, rather than encouraging employees to opt in to the program, dramatically increases the number of people who save for retirement.

These and other insights are backed up by extensive studies of how people actually behave and make decisions in given situations. A number of Princeton researchers are involved in research in behavioral science that has direct implications for public policy.

Early in her career, Elizabeth Levy Paluck became interested in how social norms can influence people's behavior. In post-genocide Rwanda, she found that a media campaign to help reduce prejudice and violence drew much of its success from its emphasis on changing people's definition of acceptable and desired behavior.

"I study social norms — informal laws that are created and enforced by people," said Paluck, professor of psychology and public affairs in the Wilson School. "How do people in a community figure out what these laws are, and how to follow them? One theory is that we look to the behavior of certain peers for cues as to what we should be doing." 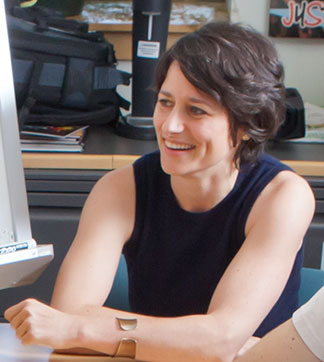 Paluck and colleagues wondered whether highly influential students could have an outsized impact on the social norms and behaviors of other students in a school setting. They designed an intervention called the Roots program that was aimed at reducing school bullying and conflict by convincing influential students to practice positive behaviors, with the goal of reaching wider networks of peers.

With colleagues at Rutgers and Yale universities, Paluck tested this approach in a study conducted at 56 middle schools throughout New Jersey. The researchers asked students to report who they socialized with on a regular basis — both in person and online — and then used the data to identify the most connected students.

The analysis identified students who were leaders among their specific peer groups, not just those who were the most popular overall. The researchers encouraged this small set of students to take a public stand against bullying at their schools. Would these "social referents" be able to spread social change?

Paluck and her collaborators found that middle schools that instituted Roots experienced a 30 percent reduction in reported "conflict incidents," a finding the researchers published Jan. 4, 2016, in the journal Proceedings of the National Academy of Sciences. The results suggest that behavior-change campaigns may be made more effective when they harness networks of influence to change societal norms. 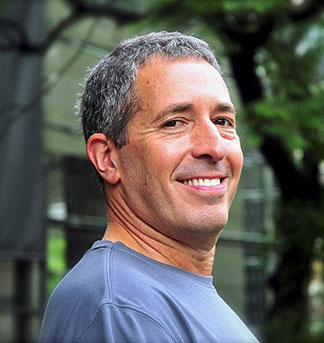 Shafir and his team have found that poor people are often quite good at making short-term decisions about how to spend money. But the continual pressure to make ends meet can create an oppressive cognitive load on the individual, leaving little bandwidth for other tasks, including long-term planning.

This situation is compounded by the fact that small but unexpected expenses, such as a car-repair bill, can have much larger consequences for poor people than for middle-class individuals who have some slack in their monthly budget. Shafir and co-author Sendhil Mullainathan of Harvard explored research on poverty in their 2013 book, "Scarcity: Why Having Too Little Means So Much." They challenge the common societal perception that poverty is the result of personal failings and recast it as the outcome of a chronic lack of resources, be it money, transportation and housing, or even time.

Understanding the drivers of behavior among the poor can guide policies that help reduce the stresses and challenges associated with poverty, Shafir said. For example, if a fast-food company were to hand out employee work schedules further in advance — as opposed to the 48-hour timeframe it typically uses — then parents would be able to dedicate fewer cognitive resources to the constant management of child care concerns, leaving them with more resources to devote to other aspects in their lives, including their job performance.

Since she came to Princeton 16 years ago, Susan Fiske, the Eugene Higgins Professor of Psychology and professor of psychology and public affairs, has been researching issues of bias, discrimination and stereotypes. 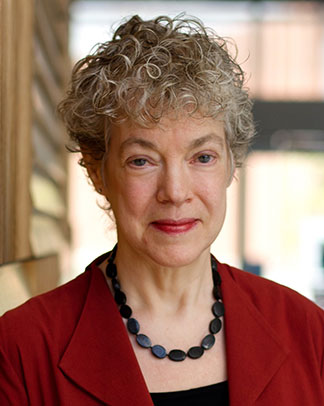 In a study published last year, Fiske and graduate student Jillian Swencionis reported that people in the workplace try to appear more competent by acting cold when dealing with their superiors, while superiors play up their warmth when dealing with subordinates. Supervisors and subordinates engage in these behaviors both to disprove stereotypes about themselves and to match what they think about the other person.

Recognizing these warmth-competence tradeoffs in interactions between employees of different ranks could help improve communications within organizations. The study was published in the Journal of Experimental Social Psychology in May 2016. Swencionis was funded in part by the National Science Foundation.

"People automatically categorize other people by race and gender and age," Fiske said. "They do this without intention, so it's not about evil motivation when people act on these associations. It's kind of a default. As a result, people and organizations have to engage in extraordinary efforts to counteract that proclivity."

No matter how groundbreaking the research, it is useless to public policy unless it is available to people in a position to implement it. So, Fiske started the journal Policy Insights from the Behavioral and Brain Sciences a few years ago. The journal is affiliated with the Federation of Associations in Behavioral & Brain Sciences, which does education and advocacy work. Fiske has been the federation's president and serves on its executive committee.

Fiske's recent research includes work on how Americans' willingness to defend the gears that turn American society depends in part on whether they think people can easily change their place in society, published in November 2016 in the journal Social Psychological and Personality Science. Earlier this month, she published a paper on how both harmony and confict unify nations' identities, in Proceedeing of the National Academy of Sciences.

In September 2015, President Barack Obama signed an executive order directing federal agencies to draw on emerging research from the field of behavioral science when crafting policies. Obama described the directive as a way to "bring our government into the 21st century."

Researchers at the Wilson School and in Princeton's Department of Psychology are helping lead the application of behavioral science to policymaking through their work in government, at think tanks and nongovernmental organizations, and at schools and institutions. The growing demand for these skills led Shafir and several colleagues to cofound ideas42, a nonprofit company devoted to creating behaviorally informed solutions to societal problems. 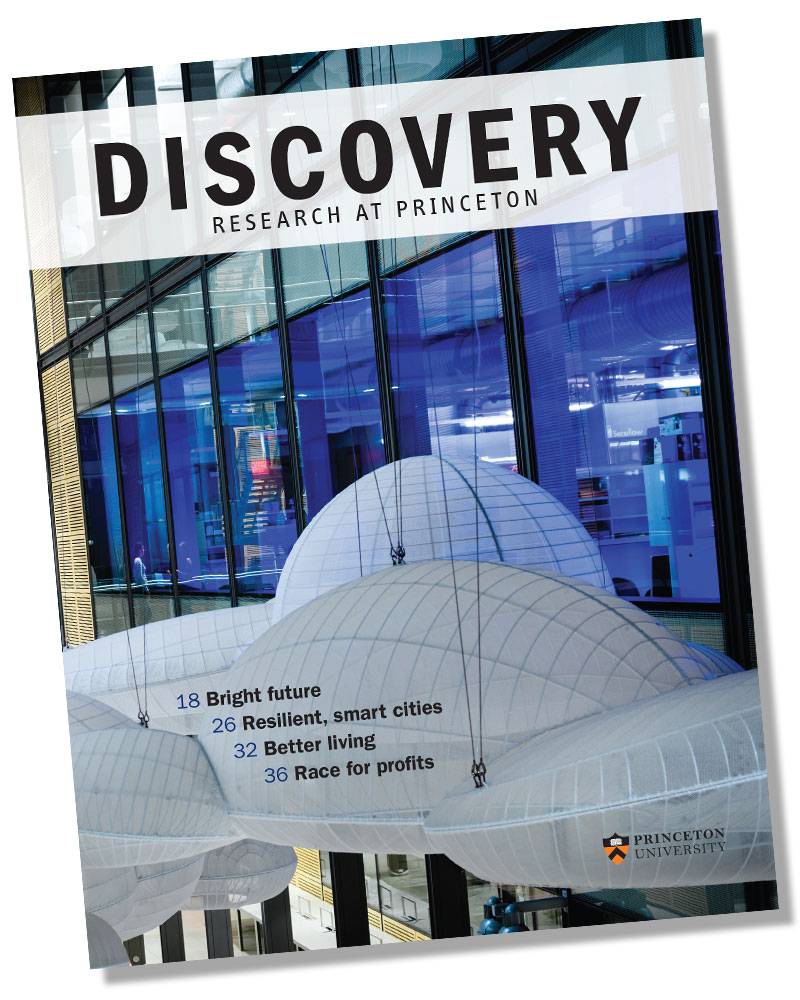 The Wilson School also is home to a new center launched in spring 2015 and led by Shafir that is focused on applied behavioral science research. In the fall of 2016, the Kahneman-Treisman Center for Behavioral Science & Public Policy launched its inaugural symposium. The center has more than 45 affiliated faculty members, including Alin Coman and Johannes Haushofer, both assistant professors of psychology and public affairs in the Wilson School. The center also has members from 11 departments across campus, including such diverse fields as geosciences, human values, philosophy and African American studies.

"It's an exciting time," Fiske said. "I'm a child of the '60s and '70s. So for me to be able to have an influence with data on policy is really a dream come true. We wanted to make the world a better place. It's not so clear that we did, but there's progress on several fronts."