Two Princeton students and 11 alumni athletes are heading to Rio de Janeiro to participate in the 2016 Olympic Games opening Friday, Aug. 5. Three University coaches will also be at the games.

"Princeton Athletics has a long tradition of athletic excellence and has a remarkable record of producing professional athletes and Olympians," said Mollie Marcoux, the Ford Family Director of Athletics. "We could not be more proud of these 13 Princetonians who will now join the ranks of over 140 fellow Princetonians who have previously competed in the Olympic games.

"The success of our current and former athletes at, in many cases, the highest level of their sports speaks to both the breadth and the quality of our athletic program and the pride the University takes in its athletics programs. These athletes are shining examples of the ability of Princetonians to balance their pursuit of academic excellence with their desire to realize their athletic goals," she said.

Rising seniors Katharine Holmes of Washington, D.C., and Ashleigh Johnson of Miami will represent the United States on the fencing and water polo teams, respectively. Holmes will be in Rio with Princeton fencing coach Zoltan Dudas, making his first Olympic appearance as one of three coaches on the U.S. épée staff.

In the video below, Dudas describes the goal-oriented focus Holmes, a psychology major from Washington, D.C., shows in her approach to fencing. Holmes talks about being recruited by Dudas. "He presented Princeton as a place — and not just Princeton University, but the Princeton fencing team — as a place where, 'You come here and I'm going to help you make your dreams come true.'"

Just a few weeks before she competes for Team USA in Rio, Princeton fencer Katharine Holmes sat down to talk about achieving her dream to become an Olympian. (Video by Cody Cruschiel, Department of Athletics)

Nine of the alumni are on U.S. teams, and two will represent Canada.

In women's soccer, Diana Matheson of the Class of 2008 will take part in her third consecutive summer games. In London in 2012, she scored a tiebreaking goal as Canada defeated France to win the bronze medal.

Also looking to repeat as a medalist is rower Lauren Wilkinson of the Class of 2011, who was part of Canada's silver medalist women's eight team in London.

The American alumni are:

For updates on Princetonians at the Olympics, check the Department of Athletics website and social media channels. The games will end Sunday, Aug. 21. 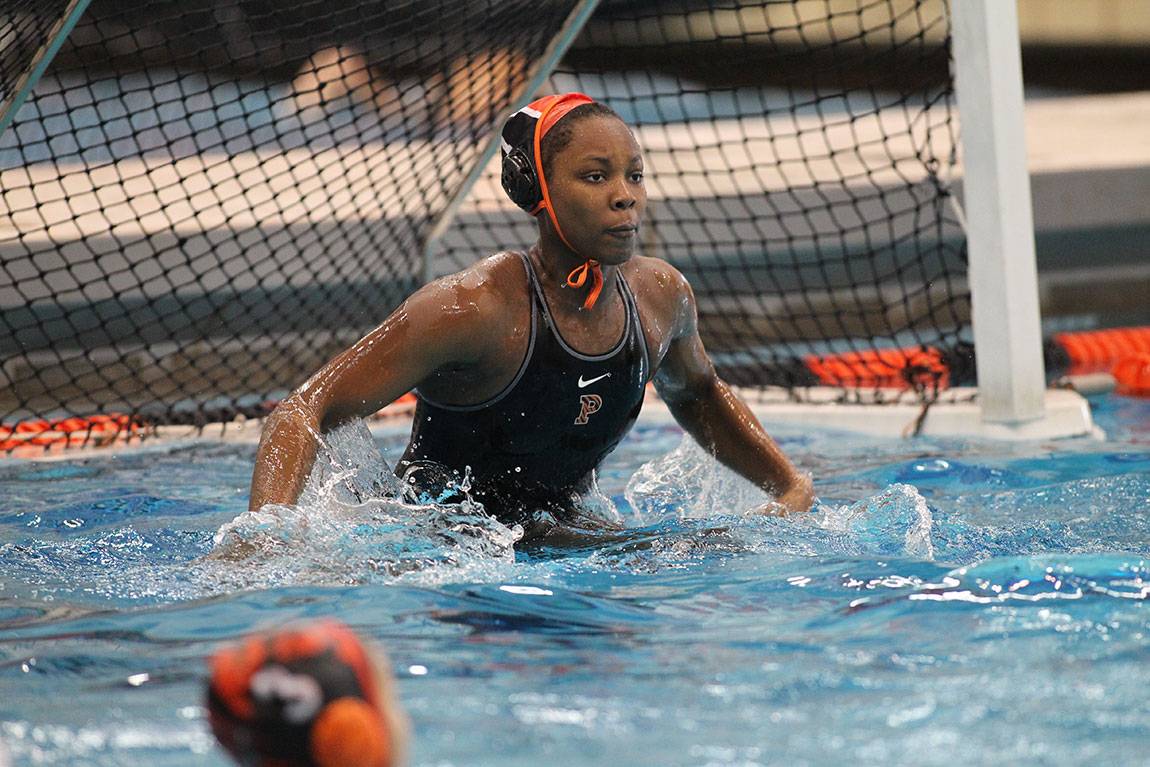 Rising senior Ashleigh Johnson of Miami will represent the United States on the water polo team. (Photo by Beverly Schaefer for the Department of Athletics)

Four Princeton alumni who are rowing in the 2016 Summer Olympics in Rio discuss their time at Princeton and their preparation for the games as they train at the University's Lake Carnegie. (Video by John Bullis, Department of Athletics)