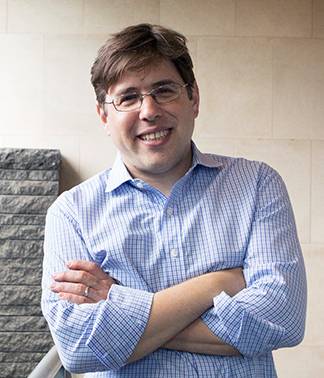 For example, the proliferation of the internet and other technological advances has opened the door for researchers to use huge caches of data on user behavior collected by companies such as Facebook and Google. While such "found data" has drawn the interest of many researchers, it is far different from the "designed data" social scientists have generally collected under controlled conditions, said Salganik, a professor of sociology.

In the book, Salganik writes that the future of social science research in the Digital Age depends on using traditional approaches to research — observing behavior, conducting surveys, running experiments and using large-scale collaborations — and applying them in new ways.

"People are going to realize there are problems with these automatically collected data sources," Salganik said. "In the future, researchers are going to develop new ways to combine found and designed data."

The book also focuses on the ethics of social research in the Digital Age.

"Researchers now can observe the behavior of millions of people without their consent or awareness," Salganik said. "At the same time, the laws, rules and norms that govern these issues aren't clear. In the past, the main constraint was what we could do. Increasingly, I think the constraint will become what we should do."

Salganik, who joined the Princeton faculty in 2007, has research interests that include social networks and computational social science. In addition to his work at Princeton, Salganik has served as a visiting professor at Cornell Tech and a senior researcher at Microsoft Research. Among his earlier projects: research into the best way to bring survey research into the Digital Age, which resulted in the website "All Our Ideas" that lets anyone design a "wiki survey" for research.

Salganik will be participating in the upcoming fourth Princeton-Fung Global Forum, which is focused on cybersecurity. The event will be held March 20-21, 2017, in Berlin.

Salganik says new technology also creates opportunities to improve the publication process for books like "Bit by Bit." So he is trying something new — sharing the manuscript with the public for review and comment in a process he calls "open review."

In addition to the customary peer-review process in which a handful of experts in his field review and comment on the manuscript prior to publication, Salganik has created a website where anyone can read the manuscript and offer comments. He hopes the process will result in a better book, increased access to knowledge and higher sales. 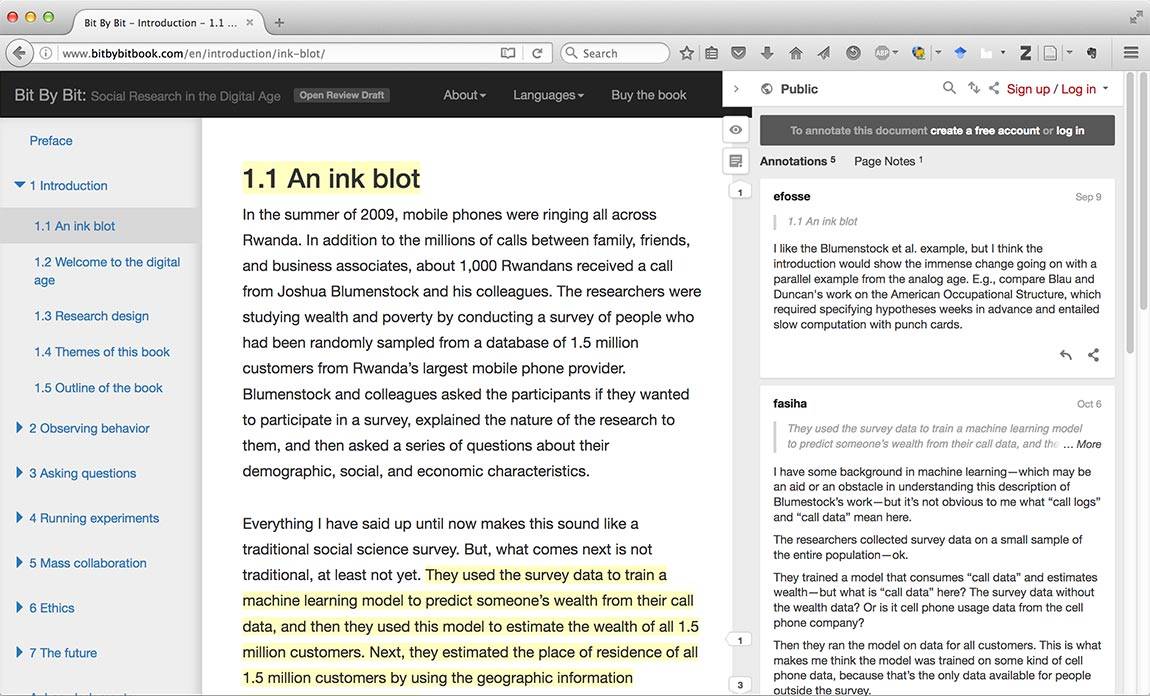 The "open review" process allows anyone to read the manuscript of Salganik's book, "Bit by Bit: Social Science in the Digital Age," online and annotate it with questions or suggested changes. (Image courtesy of Matthew Salganik, Department of Sociology)

"Open review is deeply consistent with the ideas in the book — that we can do so many things now that we couldn't do before," Salganik said. "There's no need to keep doing things the way we have before."

"For certain types of books, I think open review could be a great tool in development," said Meagan Levinson, the editor of Salganik's book at Princeton University Press. "One of the big hurdles is setting up the open review process, but with Matt's toolkit, this will be much easier. I anticipate we will see more of this in the future."

"What I've tried to do is capture the feeling of that seminar in a book," he said. "The book is somewhat opinionated. It's somewhat casual. It tries to lay a foundation for people to do their research now and do their research five or 10 years from now."

"Bit by Bit" covers issues relevant for researchers in academia, business and government, and it touches on fields including sociology, engineering, data science and more. Salganik said that's part of the reason he wanted to develop and use the open review process.

"This comes from a fundamental belief that there are lots of smart people out there, and I want to get as much feedback from as many people as I can to make this book better," he said. "This feedback can come from traditionally recognized experts, like the people who will do the peer review, but I expect that lots of good ideas will come from other people, too."

Readers of the open-review manuscript can easily add their comments throughout the book and review comments made by others. The open review is expected to continue until November. More than 100 comments have been added, with most falling into three categories:

"This feedback is definitely going to make the book better. I'm really appreciative to everyone who has participated," Salganik said.

In addition to improving the book, the Open Review process is also designed to increase sales and make sure that everyone has access to the ideas in the book. For example, Salganik used computer technology to translate the manuscript into 100 languages. He hopes that these translated versions mean that more people can read the book and lead to opportunities to publish it in languages other than English.

Levinson said working with Salganik on the book and the open review process has been exciting.

"Matt is one of the most innovative and enthusiastic authors with whom I've worked," she said. "Working with him has been a great experience. He challenges us to think differently about books and publishing."