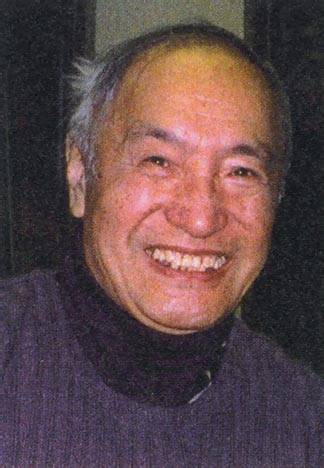 Kao's academic career was solidly anchored at Princeton University, where he arrived after a brief stint at Stanford University from 1960 to 1962, and taught in the Department of East Asian Studies (formerly Oriental studies) until his retirement in 1999. Over the course of nearly four decades, he was a pivotal presence — sometimes intimidating, always engaging — in the burgeoning world of Chinese studies at Princeton, mentoring students who went on to hold major positions at a range of universities.

"In the past few days, I have been recollecting the help Professor Kao gave me these many years," said Kang-i Chang, the Malcolm G. Chace '56 Professor of East Asian Languages and Literatures at Yale University. "He was a true 'master,' knowing how to teach students; at the same time, the way he taught a student always aligned with that individual's life, making him very memorable. Now that he is suddenly gone, I treasure even more the enlightenment and lessons he gave me."

Kao Yu-kung (alternate spelling Gao Yougong) was born in 1929 in Shenyang (Mukden), Manchuria, where his father, Gao Xibing, was dean of engineering at Northeast University and an important public figure. After attending Nankai Middle School in Chongqing (Chungking) during the war years and then in Beiping, Kao entered the Law School of Peking University in 1947, where he studied under philologist Zhou Zumo in a seminal course on Chinese literature. After Kao's family moved to Taiwan in 1948, he continued his studies in the following year at National Taiwan University, majoring in Chinese literature under the tutelage of a host of distinguished scholars including Tung T'ung-ho, Wang Shu-min and Zheng Qian.

Upon receiving his B.A. in 1954, Kao pursued his advanced studies at Harvard, in the same class as a number of brilliant young emigré-intellectuals — including Yu Ying-shih, Chang Kwang-chih, Tsu-Lin Mei and others, who were to become leading figures in the flowering of transplanted Sinological learning in the United States. Kao also forged close ties with other preeminent scholars of Chinese history, linguistics and literature, among them Yang Lien-sheng, Y.R. Chao and Iris Pian.

Kao earned his doctoral degree in 1962 in pre-modern Chinese history with a dissertation, under the direction of Yang Lien-sheng on "The Rebellion of Fang La," a crucial topic for both the political and the literary history of the Song Dynasty. At the same time, he continued to deepen his lifelong immersion in the study of Chinese literature — taking courses under such outstanding teachers as James Hightower, and applying himself to the study of several European languages and Japanese, while also pursuing his broad interest in parallel civilizations, with a minor in Roman history.

But for all his accomplishments in the study of history, Kao's true passion at Harvard was in literature and the arts. At Taiwan University, his undergraduate training focused on traditional methodologies in Chinese literature and linguistics. But when he came to Harvard, he realized early on the inadequacy, for his own scholarly aspirations, of being a Sinologist in a narrow generalist sense. Kao began studying literary theory and literary criticism, and was deeply influenced by the writings of Northrop Frye, whose lectures he attended at Harvard.

During the '60s and '70s, Kao wrote a series of influential articles in collaboration with his lifelong friend and colleague Tsu-Lin Mei: "Tu Fu's 'Autumn Meditations'"; "Syntax, Diction and Imagery in T'ang Poetry"; and "Meaning, Metaphor and Allusion in T'ang Poetry," which put the Chinese lyric tradition in new conceptual light. When these articles were translated into Chinese and published in the leading literary journal of Taiwan, they became widely popular, heralding a new trend in structuralist criticism there. But Kao himself preferred the formulation of these ideas contained in his own article "The Aesthetics of Regulated Verse," and he went on to extend his conception of the Chinese "lyric vision" from T'ang Regulated Verse to Chinese narrative literature, in his 1977 article "Lyric Vision in the Chinese Narrative Tradition: A reading of Hong-lou Meng and Ju-Lin Wai-shih."

Through all these years, Kao nurtured the second love of his intellectual and spiritual life: classical ballet and modern dance. From training as a dancer in his own right, he proceeded to acquire a profound knowledge and appreciation of the aesthetics of dance in all its forms, and he became a familiar figure in the New York circles of dancers and dance critics.

In 1978, he received an invitation to come back to National Taiwan University for the 1978-79 academic year to teach literary theory. The Chinese articles that grew out of his lectures that year were collected in a major book published in Taiwan in 2004 under the title "Essays on the Chinese Literary Canon and the Study of Literature" (republished in Mainland China in 2008).

The invaluable contributions of Kao to the academic training of a generation of scholars of Chinese literature in the United States and abroad is matched only by the profound and lasting impact he had, on a personal level, on so many lives. In some ways, he was an enigmatic individual — quiet and reserved, a very private person whose inner thoughts remained a mystery even to his closest friends, reluctant to display his vast erudition and penetrating insight. Yet in his own way, with his inscrutable smile and self-deprecating manner, he was always reaching out to touch the minds and hearts of all the students and colleagues who read his seminal writings with utter absorption, or sat around his seminar table, intent on absorbing even a small measure of the spiritual and intellectual depths of the Chinese "lyric vision."

He was a rare living embodiment of that vision, in both the aesthetic forms of expression and the deepest layers of human wisdom contained within the incomparably rich Chinese literary tradition.