Dougherty to retire as director of Princeton University Press in 2017 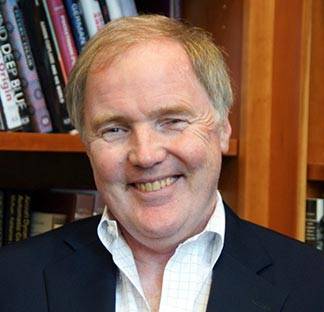 Peter Dougherty, who has been director of the Princeton University Press since 2005 and over the past decade has led the Press in publishing books by a dozen Nobel Prize winners among many important titles, will retire at the end of December 2017.

W. Drake McFeely, chairman of the Press' board of trustees and president and chairman of W.W. Norton & Co., announced Dougherty's plans at a dinner Dec. 8 after a Press Board of Trustees' meeting.

"Peter Dougherty had a visionary plan for Princeton University Press when he took the reins as director 11 years ago," McFeely said. "He has executed and expanded brilliantly on that plan, furthering the scholarly publishing mission of the Press while broadening its reach internationally. He has transformed its editorial, management and operational structure, and has still found time to contribute his insights to the larger scholarly publishing community and to continue his own editorial pursuits. The Press has been fortunate in its directors, and Peter ranks with the best of them."

Princeton University President Christopher L. Eisgruber, who chairs the Press board's executive committee, said Dougherty has led the Press "with spectacular distinction for more than a decade. During his tenure, the Press has consistently published outstanding books that have defined scholarly debates and appealed to a broad range of readers. He has spoken out effectively on issues important to scholarly publishing, and he has built a superb editorial and operational team that will ensure the continued excellence of the Press in years to come."

Said Dougherty: "It is an honor to have worked with the authors, trustees and staff of Princeton University Press to enhance our list, while also building our international presence by expanding our operation in Europe, opening our new office in China, and moving the Press fully into the digital — and therefore, global — realm. My colleagues and I at the Press are especially gratified that many of the widely admired books we've published in the past decade have been by Princeton faculty."

A leading publisher of scholarly books since 1905, Princeton University Press publishes about 230 titles a year in the humanities, social sciences and physical sciences. It is headquartered in Princeton with offices in England and China.

The Press will conduct an international search to identify a successor to Dougherty. Jill Dolan, dean of the college at the University and a trustee of the Press, will chair the search committee.

In retirement, Dougherty plans to remain in Princeton where he lives with his wife, former book editor Elizabeth Hock.