Before the Class of 2021 arrives on campus in the fall, Princeton's newest students will be asked to examine a timely topic — populism — and prepare to discuss it with their peers. 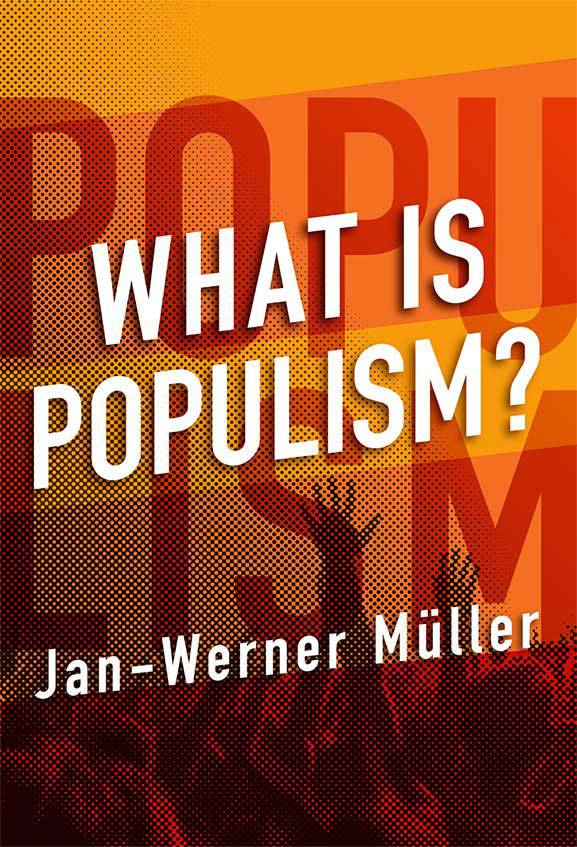 "What is Populism?" by Jan-Werner Müller

Book cover image courtesy of the University of Pennsylvania Press

President Christopher L. Eisgruber has selected "What Is Populism?" by Jan-Werner Müller, a Princeton professor of politics, as the book for this year's Pre-read. This Princeton tradition is an introduction to the intellectual life of the University that centers on a book that first-year students and others in the Princeton community read.

This summer, each member of the Class of 2021 will receive a copy of the book, published last year by the University of Pennsylvania Press. Müller, who joined the Princeton faculty in 2005, specializes in democratic theory and the history of modern political thought.

In a letter to students about his selection of the book, Eisgruber wrote: "In this brief book, Princeton Professor of Politics Jan-Werner Müller investigates a concept that has become a hot topic throughout the world.

"Many commentators have described both Bernie Sanders and Donald Trump as populists. They say that populism is on the rise in Europe, the United States and around the globe. They even debate whether we are living in an 'age of populism.' Yet they rarely take the time to define 'populism' in any but the most cursory of terms. Indeed, as Professor Müller shows, people use the word in different and inconsistent ways."

During Orientation, first-year students will have the opportunity to talk about the book's ideas with Müller and student leaders. Throughout the coming academic year, Eisgruber will meet with students in the University's residential colleges and across campus to examine Müller's arguments.

Eisgruber explained to students that he thinks they will find the book engaging for many reasons.

"The most obvious is that populist movements have implications for political issues that will matter deeply during your time on Princeton's campus and beyond," Eisgruber said. "Another reason is that, according to some definitions of populism, being a student at a very selective college makes you part of an elite class at odds with 'the people.' All of us at this University need to think about these arguments and what they mean for our responsibilities at Princeton and in the world."

He noted that the book also serves as a lesson for the college experience. "Entering students often find themselves tempted to make claims about big ideas and 'isms' such as 'populism,' Eisgruber said. "They quickly find that professors expect them to use words with precision, identify ambiguities in the concepts, and explain which of multiple understandings is the best or most useful one. Professor Müller's book illustrates how one can argue about the meaning of words and ideas. 'What Is Populism?' offers you the chance to chew on a concept as a scholar would — to define it precisely, to test that definition and to evaluate its implications."

The Princeton Pre-read started in 2013 and has continued with a new selection each year:

2015 — "Whistling Vivaldi: How Stereotypes Affect Us and What We Can Do" by Claude Steele

2016 — "Our Declaration: A Reading of the Declaration of Independence in Defense of Equality" by Danielle Allen.