By Diana Crow, Cell Press, and the Office of Communications

A baby's babbles start to sound like speech more quickly if they get frequent vocal feedback from adults. Princeton University researchers have found the same type of feedback speeds the vocal development of infant marmoset monkeys, in the first evidence of such learning in nonhuman primates.

"We wanted to find out whether the idea that monkeys don't do any learning during their vocal development is actually true," said the study's senior co-author Asif Ghazanfar, a professor of psychology and the Princeton Neuroscience Institute (PNI). "So we picked a species that we know really relies on vocalizations as its primary social signals. What we found in marmoset vocal development very closely parallels pre-linguistic vocal development in humans." 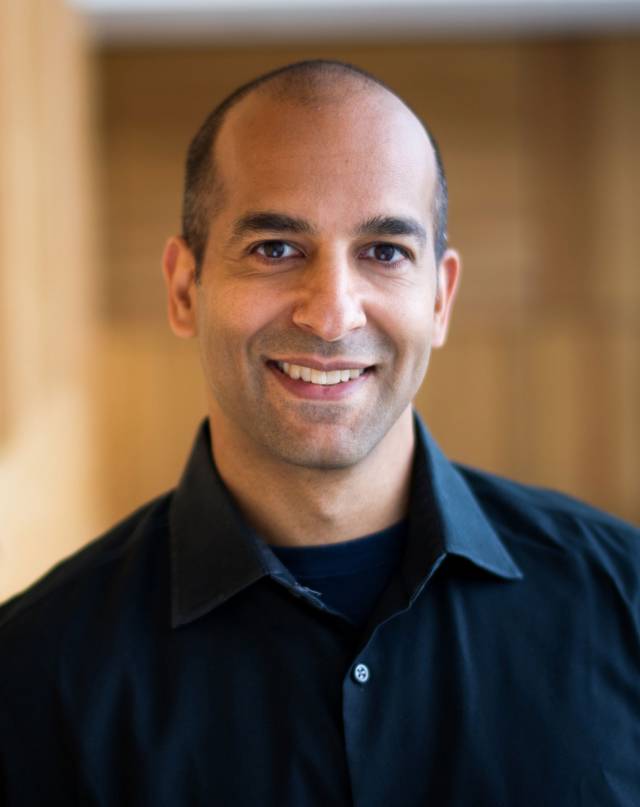 The findings are detailed in an article titled "Vocal Learning via Social Reinforcement by Infant Marmoset Monkeys" published Thursday, May 25, in the journal Current Biology. Along with Ghazanfar, the authors are Daniel Takahashi, an associate research scholar at PNI, and Diana Liao, a graduate student at PNI.

Although marmoset vocal calls do not approach the complexity of human language systems, vocal development in both species begins with infants making more or less random sounds.

To find out whether the same principle held true for marmosets, Ghazanfar and his colleagues set up an experiment using pairs of fraternal twin marmosets, small, highly social monkeys from South America. Starting from the day after the marmosets were born, the researchers would separate the infants from the adult marmosets for 40 minutes each day. In the first 10 minutes, they recorded the noises that the infant marmosets made while sitting alone. Then, for the next half hour, the researchers gave the young marmosets contingent feedback in the form of audio playbacks of the parent's calls.

One twin in each pair got consistent feedback, mirroring what a young marmoset would receive from an especially attentive parent; the other twin got less consistent feedback on their vocalizations. They repeated these experiments up until the infants were 2 months old, roughly the equivalent of 2 years old in marmoset years.

Even though these sessions lasted less than an hour each day, infant marmosets that received lots of contingent feedback developed adult-sounding calls more rapidly than their siblings.

"When they're infants, this call is really noisy," Ghazanfar said. "It sounds kind of coarse, and then gradually it becomes very clean and tonal like an adult call."

Listen to an infant marmoset monkey produce an immature call followed by the computer-controlled playback of a parental call. The parental call sounds fainter because the microphone is closer to the infant.

Previous studies had found a correlation between the amount of feedback marmosets get from parents and the rate of vocal development, but the experimental design in this study more firmly establishes the causality between parental responses and vocal development, the researchers say.

"This system of vocal learning production may be linked to the idea that an infant that more quickly produces adult-sounding calls is more likely to get care from a caregiver in a cooperative breeding environment where multiple individuals could be that caregiver in addition to the parents," Ghazanfar said. "So it's not only this process of learning that's similar to humans; the whole reproductive strategy is similar to humans."

The researchers' next steps will include collecting more detailed data on marmosets' neural activity when they are chattering or calling to neighbors, Ghazanfar said.

Even though marmosets can't "talk" in the same way humans do, understanding marmoset communication may help us understand the evolution and development of speech.

"Vocal production learning isn't just about imitation," Ghazanfar said. "And you can no longer say that nonhuman primates shows no evidence of vocal learning."

This work was supported by a Scholar Award from the James S. McDonnell Foundation (#220020238) and a National Science Foundation Graduate Research Fellowship.