We think of chitchat and small talk as the things people say to pass the time or kill an awkward silence. New research suggests, however, that these idle conversations could be a social-bonding tool passed down from primates.

Princeton University researchers report in the journal Animal Behaviour that social primates use vocalizations far more selectively than scientists previously thought. They found that ringtailed lemurs (Lemur catta) living in groups primarily call and respond to the individuals with which they have close relationships. While grooming is a common social-bonding experience for lemurs and other primates, the researchers found that lemurs reserved vocal exchanges for the animals that they groomed most frequently. 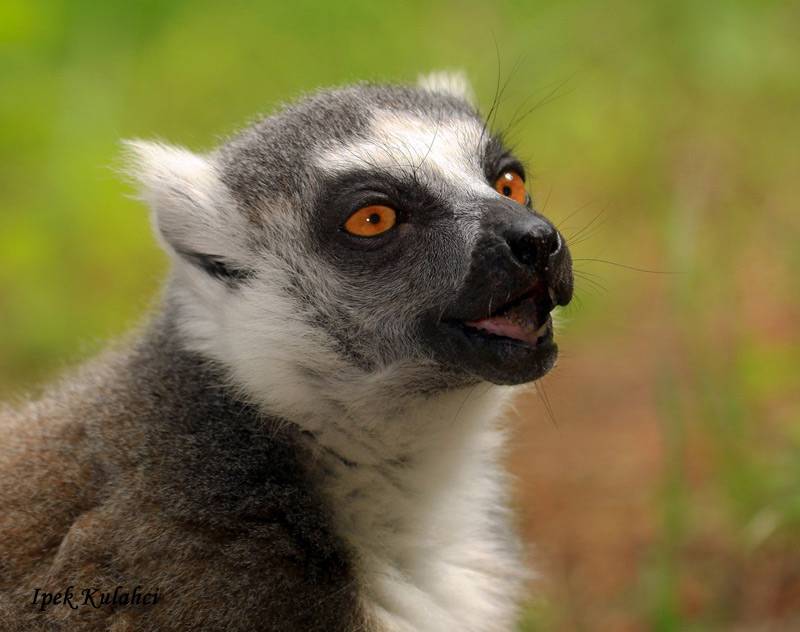 Princeton University research suggests that idle conversation could be a social-bonding tool passed down from primates. The researchers found that ringtailed lemurs (above) use vocalizations far more selectively than previously thought, primarily exchanging calls with individuals with which they have close relationships. The findings could have implications for how scientists understand the evolution of primate vocalizations and human speech. (Photo by Ipek Kulahci, Department of Ecology and Evolutionary Biology)

Lemurs vocalize to essentially "groom-at-a-distance" and keep in touch when the group members they're closest with get separated such as when foraging for food, said first author Ipek Kulahci, who received her Ph.D. in ecology and evolutionary biology from Princeton.

"Our results indicate that when animals respond to each other's vocalizations, they are in fact also working on maintaining their social bonds," said Kulahci, who worked with her co-authors and doctoral advisers Asif Ghazanfar, a professor of psychology and the Princeton Neuroscience Institute, and Daniel Rubenstein, the Class of 1877 Professor of Zoology and professor of ecology and evolutionary biology.

"By exchanging vocalizations, the animals are reinforcing their social bonds even when they are away from each other," Kulahci said. "This social selectivity in vocalizations is almost equivalent to how we humans keep in regular touch with our close friends and families, but not with everyone we know."

The findings could have implications for how scientists understand the evolution of primate vocalizations and human speech, Ghazanfar explained. Existing theories of language evolution suggest that vocal exchanges between primates evolved with group size, he said. As group size increased, grooming to form social bonds became too time consuming, so speech developed to save time while still expressing familiarity.

The researchers recorded the vocalizations of individual lemurs and played them back to the group. Only lemurs that shared a close grooming relationship with the individual emitting the call responded, even if the lemur making the vocalization was not nearby. In this recording, a female lemur calls out and three close relations respond.

Ghazanfar and his colleagues found, however, that vocalizations occurred independently of group size. The lemurs the researchers studied groomed more as their numbers increased, but did not necessarily vocalize more. These findings show a direct connection between grooming — or familiarity — and vocalization not found before, Ghazanfar said.

The Princeton research suggests that talking, even just casually, is an evolutionary tool for establishing closeness, Ghazanfar said.

"Talking is a social lubricant, not necessarily done to convey information, but to establish familiarity," he said. "I think these vocalizations are equivalent to the chitchat that we do. People think that conversations are like exchanging mini-lectures full of information. But most of the time we have conversations and forget them when we're done because they're performing a purely social function." 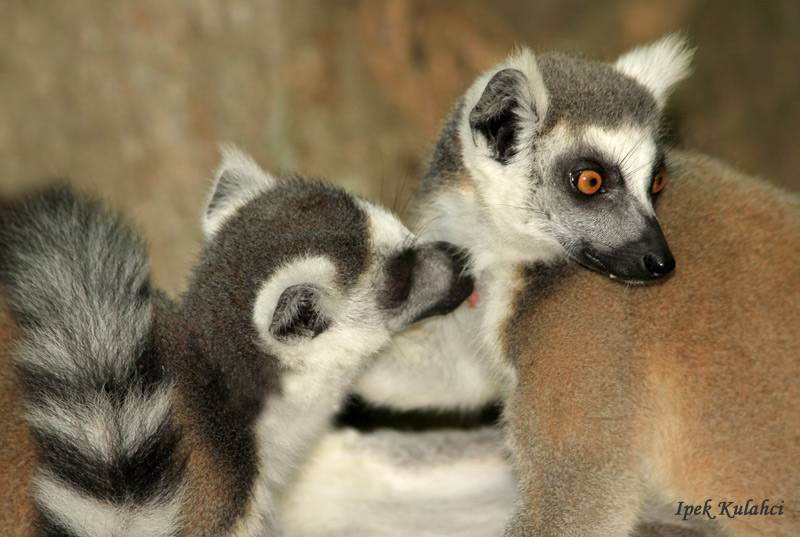 Grooming (above) is a common social-bonding experience for lemurs and other primates. The researchers found that lemurs reserved vocal exchanges for the animals that they groomed most frequently, essentially "grooming-at-a-distance" to keep in touch when group members get separated. (Photo by Ipek Kulahci, Department of Ecology and Evolutionary Biology)

Led by Kulahci, the researchers studied the vocal interactions and grooming networks of various groups of ringtailed lemurs living at Duke University's Lemur Center and on St. Catherines Island in Georgia. They found that grooming itself was selective and performed only between certain individuals. Vocalizations went even further in selectivity — the animals responded only to the calls of those they groomed most often.

The researchers recorded the vocalizations of individual lemurs and played them back to the group. Again, only lemurs that shared a close grooming relationship with the individual emitting the call responded, even if the lemur making the vocalization was not nearby. This last point emphasizes that strong social bonds are indicated by vocal exchanges, the researchers wrote, because the vocalizing lemur could not be seen or smelled by the animal that replied.

The lemurs' use of grooming and vocalization to establish greater levels of familiarity could help scientists understand how forms of communication are interrelated, Rubenstein said. Like lemurs, humans interact using various verbal and physical actions that are complementary and contextual.

"The use of different channels of communication is a big deal and it is something we humans do all the time," Rubenstein said.

"We raise our voice and use our hands when making an emphatic point, but stick to voice only when not particularly excited or the situation is less urgent," he said. "This research helps open doors about the function of multi-modal signaling in the sense that tactile versus acoustic forms of communication are reinforcing each other but in ways that were different from expected."

Lessons from lemurs: To make friends, show off your smarts