It’s not a coincidence that dogs are cuter than wolves, or that goats at a petting zoo have shorter horns and friendlier demeanors than their wild ancestors. Scientists call this “domestication syndrome” — the idea that breeding out aggression inadvertently leads to physical changes, including floppier ears, shorter muzzles and snouts, curlier tails, paler fur, smaller brains, and more.

Both the physical and behavioral changes appear to come from certain neural crest cells, present before birth and in newborns, that have a versatility akin to stem cells. These neural crest cells can turn into a handful of different things, specifically adrenal cells — which boost the strength of the “fight or flight” response — as well as physical traits like larger teeth and stiffer ears. 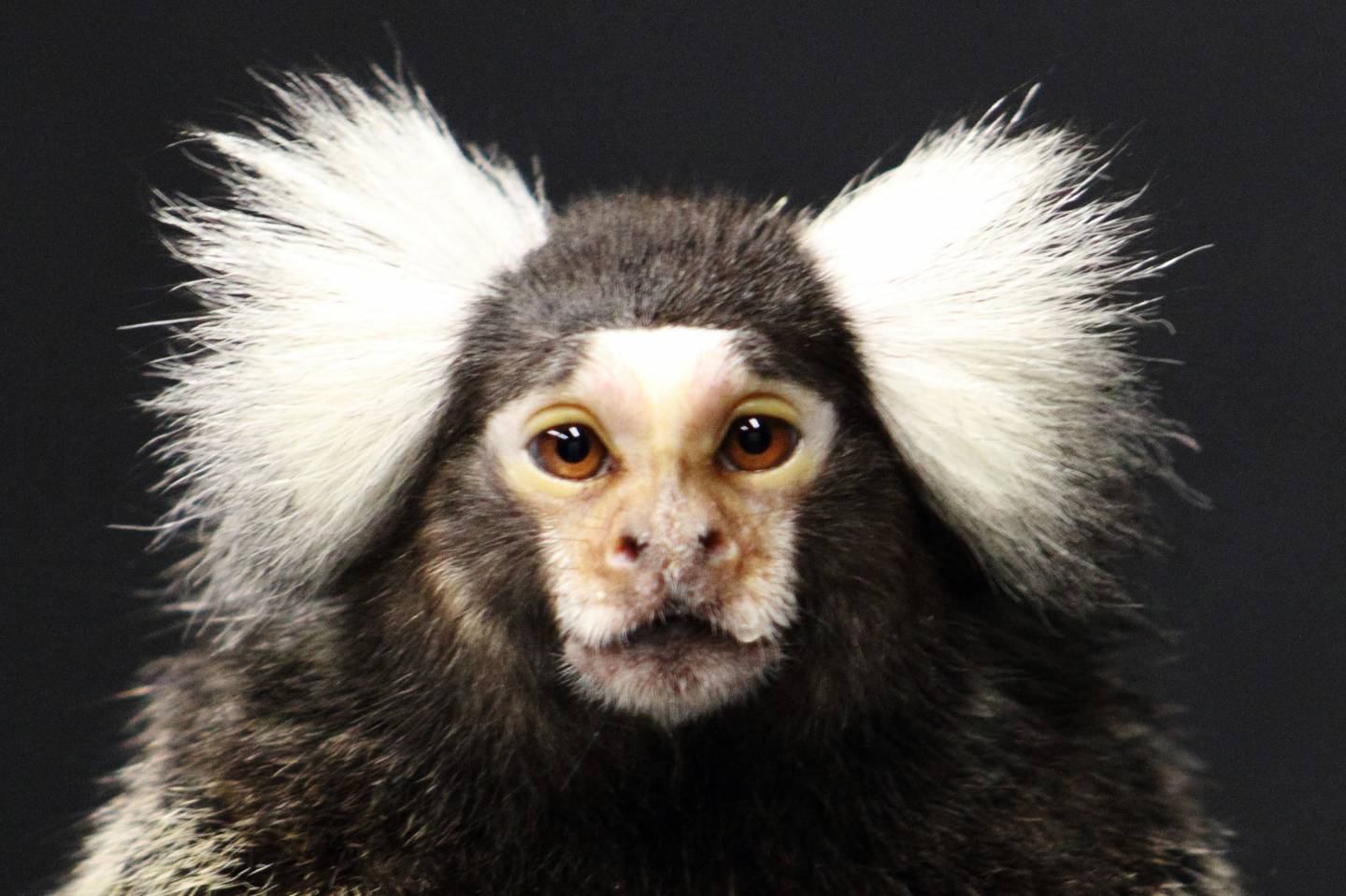 Professor Asif Ghazanfar led a team of scientists who determined that changing an infant marmoset monkey's verbal development also changed a physical marker of domesticity: a patch of white fur on its forehead.

Ever since Darwin’s time, some scientists have speculated that humans “self-domesticated” — that we chose less aggressive and more helpful partners, with the result that we have shifted the trajectory of our own evolution.

“The evidence for this has been largely circumstantial,” said Asif Ghazanfar, a professor of psychology and neuroscience. “It’s really a popular and exciting idea but one that lacks direct evidence, a link between friendly behavior and other features of domestication.”

To see if the story could be put on a robust foundation, Ghazanfar turned to marmoset monkeys. Like humans, marmosets are extremely social and cooperative, plus they have several of the physical markers consistent with domestication, including a patch of white fur on their foreheads that is common in domesticated mammals.

What does cooperation look like in a monkey? Friendly vocal exchanges, caring for each other’s young, and sharing food, among other signs, said Ghazanfar.

The research team showed that the size of a marmoset’s white fur patch was strongly related to how frequently it produced friendly vocal responses to another. This is the first set of data to show an association between a friendly behavior and a physical domestication trait in individual animals.

To show a causal link between the white patch and vocal behavior, the researchers tested infant twins in different ways. In very brief sessions, one twin got reliable vocal feedback from a simulated parent — a computer programmed with adult calls that responded to 100% of their vocalizations — while the other twin only heard parental responses to 10% of their sounds.

These experimental sessions lasted 40 minutes, every other day, for most of the first 60 days of the monkeys’ lives. For the other 23+ hours of each day, the monkeys were with their families. 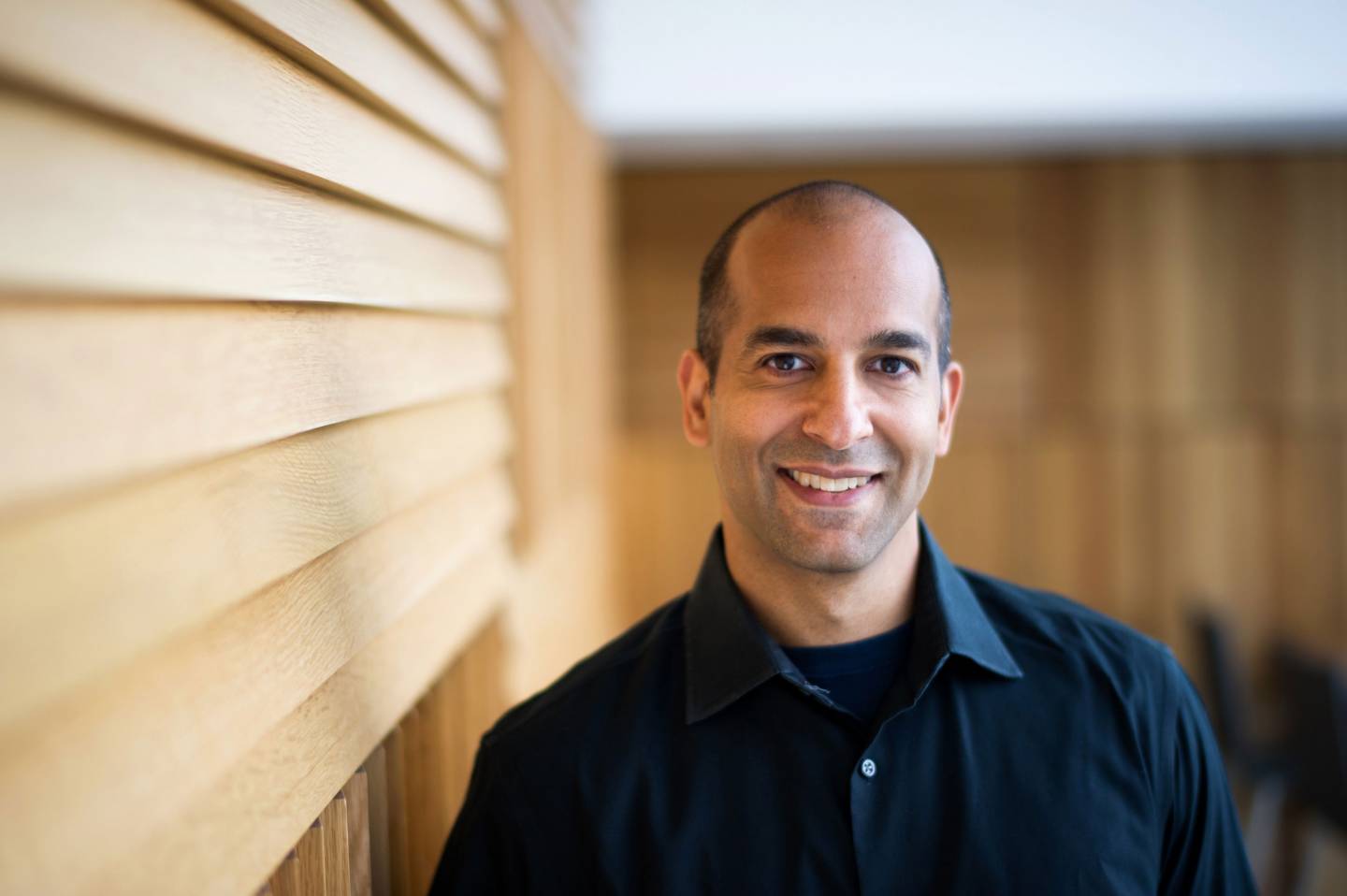 In previous work, Ghazanfar and his colleagues showed that the infants who received more feedback learned to speak — or more precisely, developed their adult-sounding calls — faster than their siblings. By also measuring the white fur patches on the developing monkeys’ foreheads at the same time and for three more months, the researchers discovered that the rate of the white facial coloration development was also accelerated by increased parental vocal responses. This shows a developmental connection between facial fur coloration and vocal development — they are both influenced by parents.

That connection may be via those neural crest cells that can turn into “fight or flight” cells and that also contribute to parts of the larynx, which is necessary for producing vocalizations.

Scientists have also linked domestication to changes in vocal behavior in other species. Foxes selected for tameness have altered their vocalizations in response to the presence of humans. Similarly, a tame Bengalese finch learns and produces a more complex song, and retains greater song plasticity in adulthood, than its wild cousins.

But this is the first study linking the degree of a social trait with the size of a physical sign of domestication, in any species, said the researchers. Their findings are detailed in an article published online in the journal Current Biology. Ghazanfar’s co-authors include Daniel Takahashi, a former postdoctoral researcher who is now a professor of neuroscience at Federal University of Rio Grande do Norte, Brazil; Rebecca Terrett of the Class of 2016; Lauren Kelly, Ghazanfar’s former lab manager, who now works at Rutgers-Robert Wood Johnson Medical School; and two collaborators from New York University, James Higham and Sandra Winters.