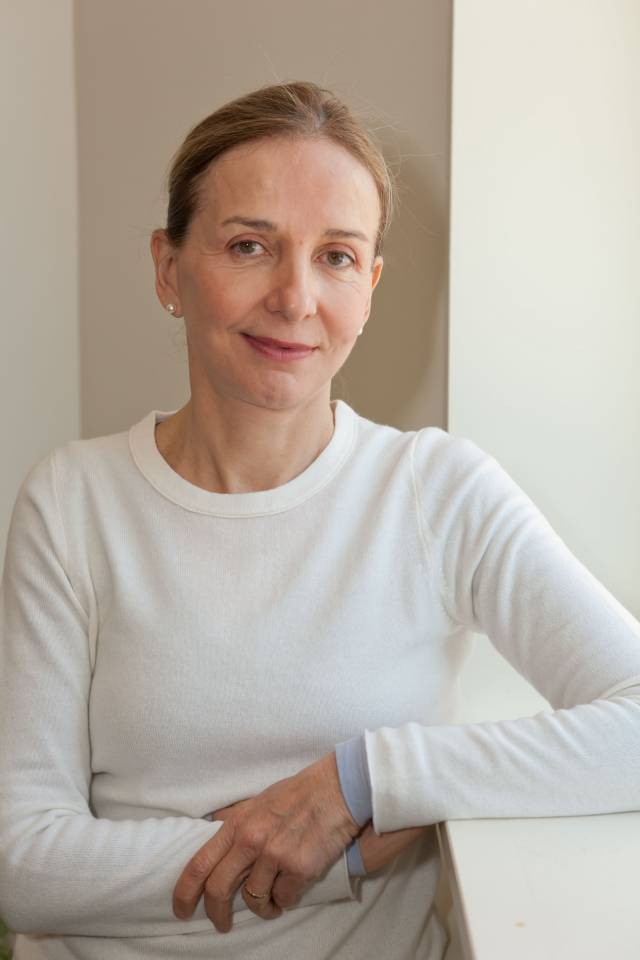 Isabelle Clark-Decès, a professor of anthropology at Princeton University and a widely respected scholar of South Asia, died from a fall Thursday, June 29, in the village of Mussoorie, India. She was 61 years old.

At the time of her death, Clark-Decès was in the state of Uttarakhand in northern India, where she was directing the PIIRS Global Seminar titled "At Home (And Abroad) in the Indian Himalayas." The six-week experience for a small group of undergraduates was one of seven international seminars this summer organized by the Princeton Institute for International and Regional Studies.

Clark-Decès, who joined the Princeton faculty in 1996, traveled to South Asia countless times, witnessing firsthand the pluralistic, multilingual, multiethnic society’s evolution. Her research focused on the Tamils of South India and Sri Lanka.

"We have lost a passionate teacher," said Carolyn Rouse, a professor of anthropology and department chair. "Walking through the halls, one could often hear Isabelle mentoring her undergraduate students. She always provided clear and honest advice, delivered with encouragement and love. She absolutely adored her students and regularly praised them in faculty meetings."

Clark-Decès taught undergraduate and graduate courses on India, ritual, kinship theory and ethnography; advised doctoral candidates; and directed the Program in South Asian Studies since it was established in 2007.

"Isabelle Clark-Decès was known for her analytical rigor and detailed knowledge of religion and kinship of Southern India," Rouse said. "Some consider Isabelle one of the top scholars of Tamil tradition and ritual practices in the world. In addition, she proposed a theory of Tamil subjectivity that was profoundly distinct from Western subjectivity, where identities are generally understood as bounded and stable."

Sarah Pinto, who earned her Ph.D. in anthropology at Princeton with Clark-Decès as her adviser, said Clark-Decès was "a passionate teacher and mentor, full of fiery intelligence and frank clarity."

"An inspiring and skilled fieldworker, she wrote rigorous, beautiful books about kinship and ritual, but at heart her work was about love and survival, and she pushed us to find what was human in the social structures scholars puzzle over," said Pinto, who is an associate professor of anthropology at Tufts University. "Early in my career, Isabelle often reminded me to look for the joy, love, anger and grief in social action — I continue to hear that message and will miss her and her voice very much."

Gyan Prakash, the Dayton-Stockton Professor of History and a member of the executive committee of the Program in South Asian Studies, said Clark-Decès was "the rock" of the program.

"She led in establishing it as a program and then directed it with her characteristically infectious enthusiasm and humor, showing great care in taking along both faculty and students," Prakash said. "She volunteered for the task right from the start not as a duty but because of her genuine love for the subject and her desire to see the field grow in Princeton. I will miss her warm collegiality, the generousness with her time, and as a friend. I can’t even begin to fathom the depth of the loss we have suffered."

Leo Coleman, an associate professor of anthropology at Hunter College who earned his Ph.D. at Princeton, said Clark-Decès' loss will be felt profoundly by her students, current and past.

"Her work is one important legacy, but I will regret most the lost opportunities to talk with her about the personal aspects of scholarship, the field experiences and the relationships that make up an anthropological career," Coleman said. "Years ago at a conference she and I left to get some fresh air and talk shop, and a brief break became a long walk and a wide-ranging conversation about ideas, about careers, and about the practice of anthropological research and writing. In that conversation I began to appreciate more fully the spirited life that informed her work, beyond her professional persona, and that gave it its distinctive richness."

Born in Paris, Clark-Decès earned her bachelor's degree and Ph.D., both in anthropology, from the University of California-Berkeley.

Her books include "Religion Against the Self: An Ethnography of Tamil Rituals" (as Isabelle Nabokov); "No One Cries for the Dead: Tamil Dirges, Rowdy Songs and Graveyard Petitions"; and "The Encounter Never Ends: A Return to the Field of Tamil Rituals." Her latest book, "The 'Right' Spouse: Preferential Marriages in Tamil Nadu," is an ethnography of close kin marriage in Tamil Nadu. She also edited "A Companion to the Anthropology of India," a volume of essays that explores the configurations of modernity and globalization in India. 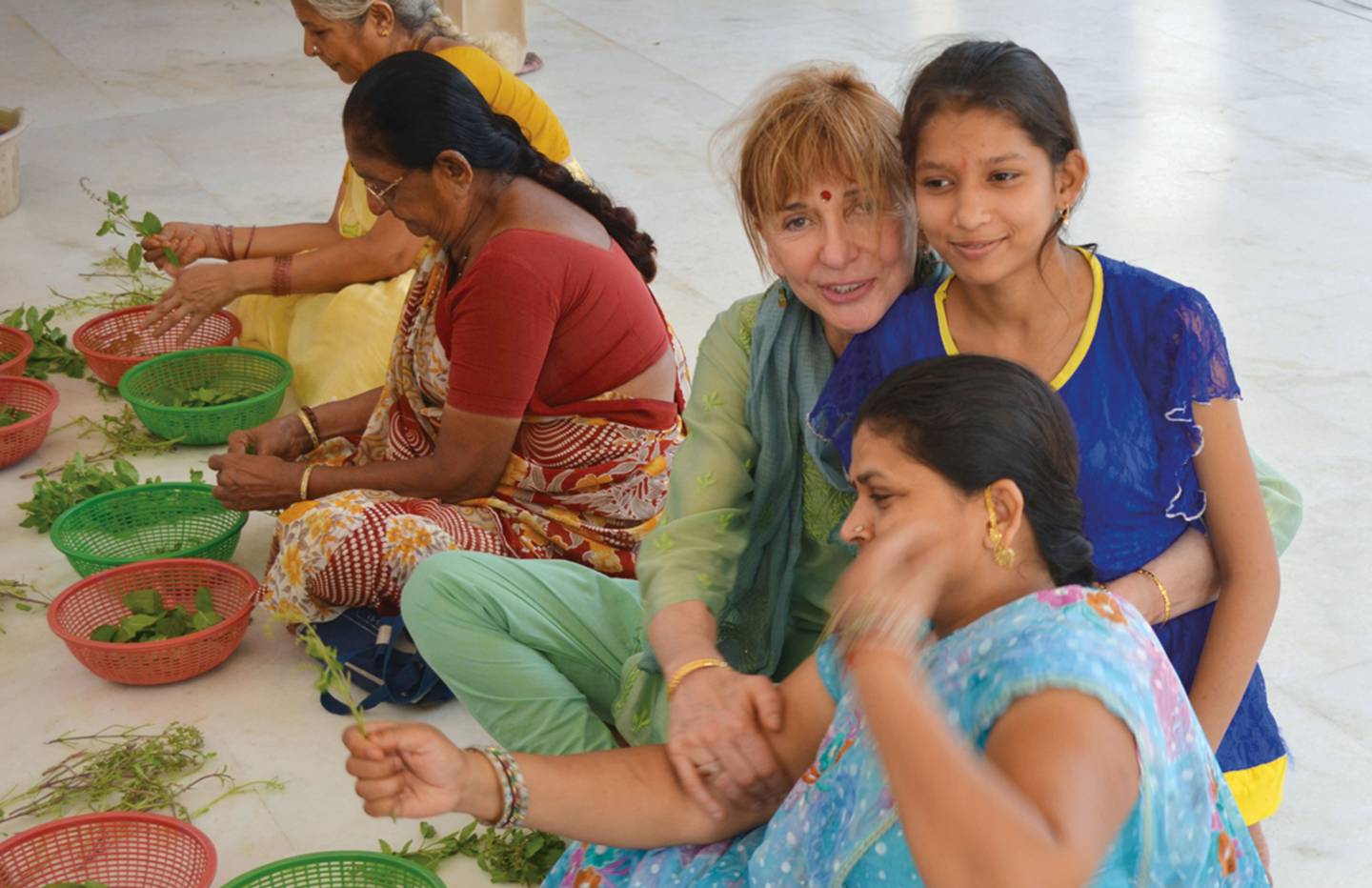 The Global Seminar this summer was designed to introduce students to the ecologically and culturally diverse region of the Himalayas known as the Garhwal and explore the wide range of ways the different ethnic groups living there behave, believe, organize themselves and survive in their spectacular environments. The course featured daily Hindi classes, guest lectures by scholars and artists, as well as excursions around the region.

"Isabelle’s Global Seminar, year in and year out, was able to do everything we aspire to do: bring Princeton students to a faraway land and produce life-changing experiences, immerse them in a place unlike anything they have ever known before, and make it familiar," said Stephen Kotkin, the John P. Birkelund '52 Professor in History and International Affairs and director of PIIRS.

Maya Wahrman, a staff member in the Office of Religious Life and a member of the Class of 2016, was part of a 2014 Global Seminar Clark-Decès led titled "Growing Up in India," which was based in the southwest Indian city of Mysore.

"Isabelle had so much passion for everything she did," Wahrman said. "She really cared about her students, about making sure we not only had the best experience, but the most educational, most eye-opening, and most colorful one too! I cannot imagine having as immersive and social an experience without her guidance, which is truly the essence of a global seminar. I made lifelong friends in India and learned so much about how to navigate new cultural and anthropological experiences."

Amitava Bhattacharjee, a professor of astrophysical sciences, and Melissa Deem, a department affiliate of the Program in Gender and Sexuality Studies, enjoyed a long friendship with Clark-Decès and had planned to visit her in India this summer.

"Isabelle was a dear friend to us: always fully present, exuberant and reaching out in kindness. She connected to people easily with her openness and deep empathy," they wrote. "We enjoyed long afternoon teas with hours of talk about our lives. We were together just before she left for India in June, when she was especially joyful about her upcoming trip to Mussoorie where she would introduce her students to India."

Clark-Decès said she hoped students participating in one of her Global Seminars would feel some of what she did during her first trip to India in 1977. She first traveled there alone at age 20, making her way to Istanbul, then east via bus and train through Iran and Afghanistan. What she recalled about her first encounter with India was its intensity. “Yet, I never felt threatened," Clark-Decès said. "There was kindness. I felt the gentleness of the people, the smiles on their faces. The invitation of women to sit with them. It is an amazing country.”

A celebration of Clark-Decès' life and work is planned for Sept. 28 in Chancellor Green.

Memorial donations may be made to the environmental charity of the donor's choice.

View or share comments on a blog intended to honor Clark-Decès' life and legacy.