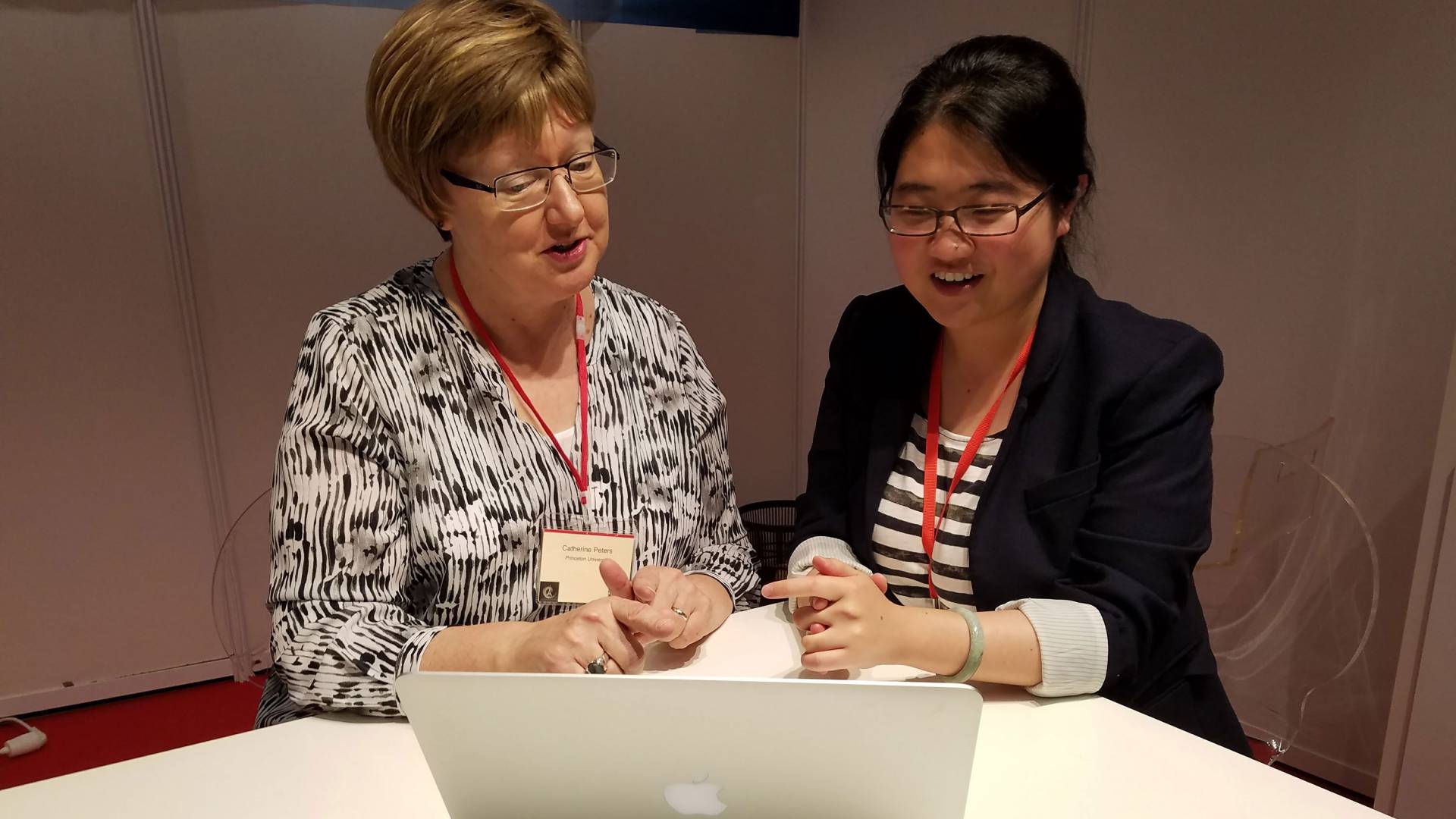 Leaks will not sink carbon capture and storage

John Schoonejongen for the Office of Engineering Communications

A team including Catherine Peters (left), professor and chair of of the Department of Civil and Environmental Engineering at Princeton, and former graduate student Hang Deng (right), now at Lawrence Berkeley National Laboratory, have concluded that addressing leaks would not prohibitively increase the cost of efforts to reduce atmospheric carbon through capture and storage.

The case for carbon capture and storage — a promising method for reducing greenhouse gases — received a boost recently from a Princeton University study that indicated the procedure would not be prone to significant leakage or high costs related to fixing leaks.

In a paper published July 26 in the journal Climatic Change, the researchers concluded that levels of leakage based on simulations at hypothetical subsurface carbon dioxide storage locations, even in a worst-case scenario, would not make the cost of the technology prohibitive in the global energy system.

In carbon capture and storage, carbon dioxide gas, which is released from burning oil and gas, is captured at a source such as a power plant. The gas is compressed into a dense fluid and injected a kilometer or more below the land surface for permanent storage. While the technology is not yet being used in large scale, advocates believe it is a promising strategy for climate change mitigation while fossil fuels are still being used. A chief worry, however, is whether the gas could leak and return to the atmosphere.

To reach their conclusion, the researchers mathematically simulated the geophysical impacts of carbon storage, which include projections of leaks, in combination with the economic impact of stopping leaks and paying associated fines and penalties.

Hang Deng, a former doctoral student at Princeton and the paper’s lead author, explained that carbon capture and storage has been researched for years, with many studies focusing on the efficacy of the process and the potential for leakage. But the Princeton team wanted to understand both the level of leakage and the economic implications of any escaping gases.

“That link was not there before, and that is really what has motivated our study,” said Deng, who graduated in 2015 and is now a postdoctoral researcher at Lawrence Berkeley National Laboratory. “I think this is really the first attempt trying to make this link and using the scientific findings (regarding geologic CO2 storage) to inform global climate change mitigation efforts.”

Catherine Peters, an author and chair of Princeton’s Department of Civil and Environmental Engineering, said the researchers wanted to answer two questions: Would the technology lead to significant leaks, and would the leaks have an economic impact on commercial adoption of the technology? The answer to both, she said, was no.

“Prior to this study, that question had not been answered,” Peters said.

The study was done with modeling based on both the geophysical aspects of carbon capture and storage, such as flow through subsurface geological formations, and economic modeling of the global energy market, using an integrated assessment model.

Deng said there were different types of impacts that were quantified. These included groundwater contamination and escape into the atmosphere. Another was the possibility that leaked CO2 may interfere with subsurface operations such as natural gas storage. In the modeling, however, the monetized risks of those impacts were negligible.

That finding is highly important for the future of climate change mitigation, Peters said. “For more than a decade, people have been pointing to leakage as a potential barrier for widespread adoption of carbon capture and storage,” she said.

Deng’s research was also unique in other ways.

“At Princeton, we are giving students a unique opportunity to conduct research that combines different fields,” Peters said. “This is an unusual study in that we have a geophysics model and an economics model together.”

That cross-disciplinary work is encouraged by Princeton’s PEI-STEP Fellowship Program, which is a collaboration between the Princeton Environmental Institute and the Woodrow Wilson School of Public and International Affairs.

Deng, who was awarded a competitive PEI-STEP fellowship, chose to work with Peters on the engineering and geophysical modeling and with Michael Oppenheimer, the Albert G. Milbank Professor of Geosciences and International Affairs and the Princeton Environmental Institute, on the economic modeling and the policy analysis.

“It’s because of that fellowship and this resourceful, industrious student that we were able to come up with this unique finding, because if you had studied just one or the other, we would not have learned what we learned,” Peters said.

This type of study across multiple disciplines is becoming increasingly critical when it comes to solving thorny issues such as climate change, Peters said.

Besides Peters and Deng, authors include: Michael Oppenheimer, director of Princeton’s Program in Science, Technology and Environmental Policy; Jeffrey M. Bielicki of the John Glenn College of Public Affairs and Department of Civil, Environmental and Geodetic Engineering at Ohio State University; and Jeffrey P. Fitts of the Department of Civil and Environmental Engineering at Princeton. Support for the project was provided in part by the Princeton Environmental Institute through the William Clay Ford, Jr. ’79 and Lisa Vanderzee Ford ’82 Graduate Fellowship fund, and National Science Foundation grants from the Chemical, Bioengineering, Environmental and Transport Systems Division and the Sustainable Energy Pathways program.