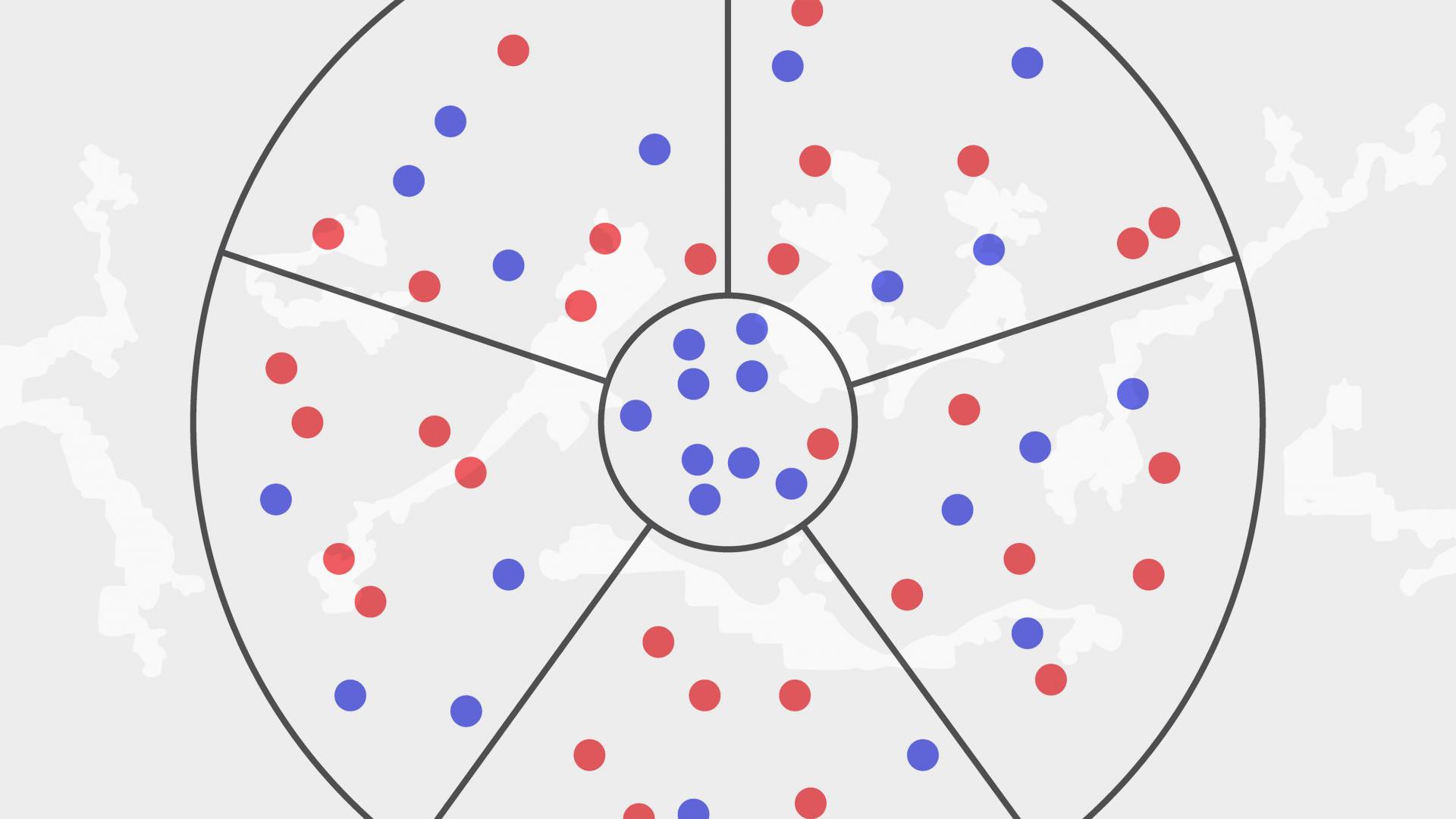 As the U.S. Supreme Court prepares to take up the issue of partisan gerrymandering, Professor Sam Wang suggests a test that courts and reformers can use to identify districting schemes that insulate legislators from voters.

Video by Danielle Alio and Kyle McKernan, Office of Communications

On Oct. 3, the U.S. Supreme Court will hear arguments in Gill v. Whitford, a case challenging Wisconsin’s 2011 redistricting plan as being the product of partisan gerrymandering. Princeton’s Sam Wang has a suggestion for the justices — and for citizens who want to make their voices heard.

Wang, a professor of molecular biology and the Princeton Neuroscience Institute and affiliated faculty member in the Program in Law and Public Affairs, advocates for a standard called partisan symmetry, in which each side has the same opportunity to translate votes to legislative seats. According to Wang, partisan symmetry can be measured using a century-old statistical test — Student's T-test — originally created by the chief experimental brewer of the Guinness Beer Company. The test can be used to identify whether these artfully drawn maps are too partisan to result in competitive elections. Without true competition, legislators can ignore their constituents’ wishes, Wang said.

Previously, the Supreme Court has said that courts should not review partisan gerrymandering claims because it is difficult to come up with a test to measure whether partisan gerrymandering has occurred. In August, Wang joined with election scholars from the California Institute of Technology, Harvard University, the University of Virginia and Yale Law School to file an amicus brief arguing that partisan symmetry should be used to define basic fairness in redistricting.

As co-founder of the popular Princeton Election Consortium blog, Wang has been applying the statistical techniques from his scientific work to politics since 2004; in 2016, he began co-hosting the weekly "Politics & Polls" podcast with Julian Zelizer, Princeton's Malcolm Stevenson Forbes, Class of 1941 Professor of History and Public Affairs. With the Princeton Gerrymandering Project, Wang and his collaborators are studying the manipulation of voting districts, giving insight into how it works and offering ideas on how it can be and is being addressed.