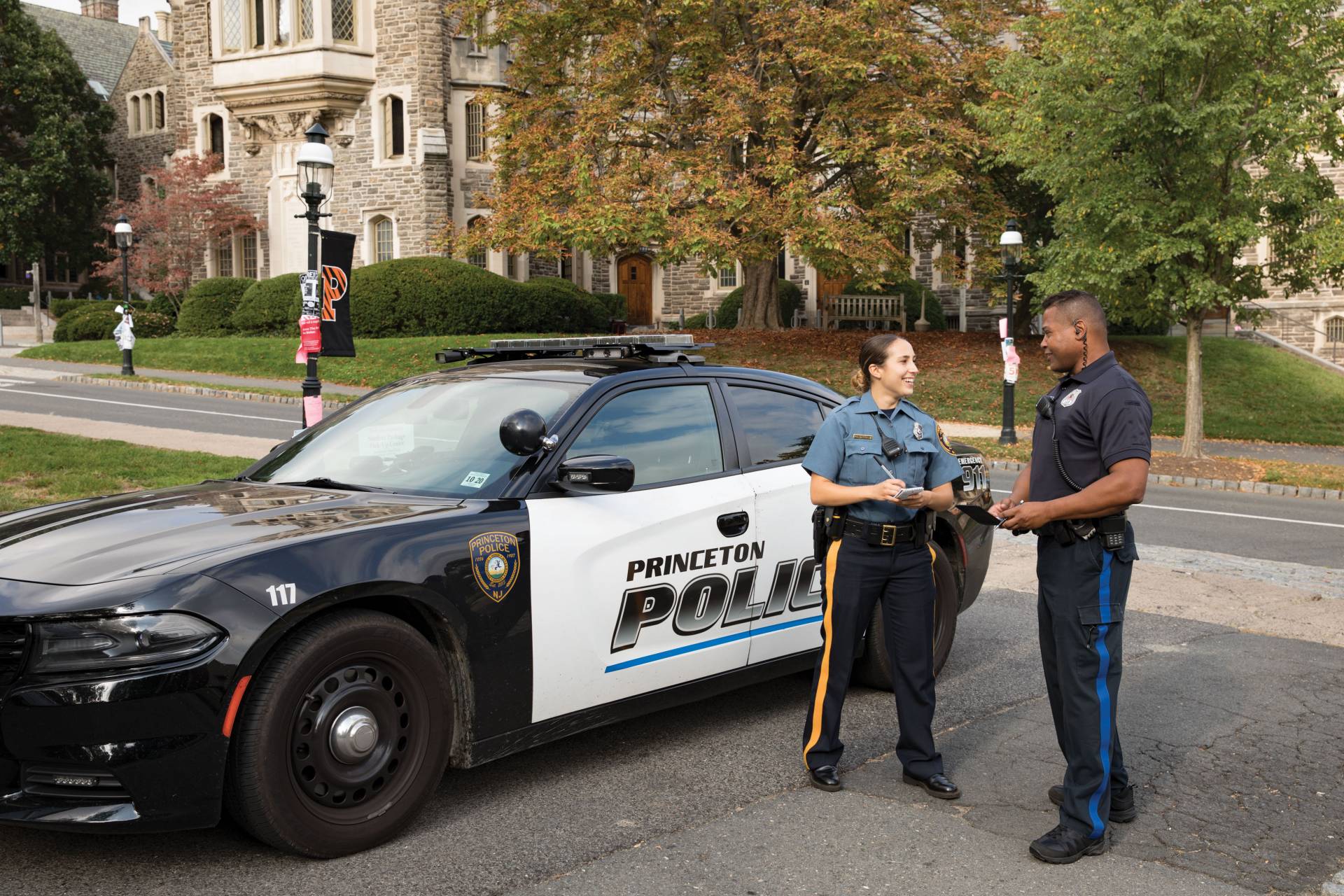 Two departments have the responsibility of keeping Princeton University and the town of Princeton safe and secure — the Princeton Police Department and Princeton’s Department of Public Safety.

The departments have had an ongoing and evolving partnership since Paul Ominsky, executive director of public safety, arrived at the University in 2010. The collaboration aims to provide the best possible emergency response and policing to communities — both on campus and off.

“The relationship has grown exponentially in the last four years,” said Nicholas Sutter, chief of the Princeton Police Department. “The reality is that the complexity of policing now is so difficult that I think we need each other, and we’ve found that our relationships are so good that we help each other constantly.”

Ominsky and Sutter explained that Princeton Public Safety and the Princeton Police Department support each other both in day-to-day tasks and in emergencies. They share information on ongoing investigations, whether in town or on campus.

Officers from both departments meet regularly to train together on far-reaching safety topics, from how to respond to an emergency situation to cultural competency in policing. The departments’ command staffs are in touch daily.

Ominsky said that when there is an emergency — a hurricane, for example — the departments make sure they are aligned and available to support one another. “In major emergencies, we always put one of our officers in the town’s emergency center, so that there is good direct communication.”

Outside of formal trainings, Princeton Public Safety and the Princeton Police Department leadership meets regularly for breakfast, and their command teams have lunch once a month to talk about happenings around town. The officers have grown to know each other personally, Ominsky said, and they understand what their roles are when they jointly respond to a situation. “We’ve thought a lot about the protocols that underlie our officers actions,” Ominsky said.

Sutter said that he appreciates the departments’ ongoing conversations about local and global issues that affect their jobs. “From staffing issues to policing issues to social issues, we talk about it all and obtain each other’s perspectives,” Sutter said. “I get a lot of ideas and am always willing to learn to move forward.”

In return, Princeton Public Safety benefits from the Princeton Police Department’s expertise and experience. “The collaboration brings efficiencies and economies of scale,” Ominsky said. “We’re force multipliers for each other.”

Ominsky and Sutter say that although their communities are separate in some ways, they know that that it is important for them to work together in keeping Princeton — the town and the University — secure. “Together we have a solid professional approach that is collaborative in nature,” Ominsky said. “At the end of the day, our mutual goal is a safe community.”

“Policing has historically been an inflexible institution,” added Sutter. “But because of the speed with which the policing landscape is changing around us, we have grown to become very flexible and accepting of change. Princeton is a microcosm of the world, and being here forces us to think outside of the box.”